Police are crowdsourcing their investigation:

Police have received several tips related to the two people facing charges – a 23-year-old female from Geneva, Illinois, and a 20-year-old male from Halifax – as well as the deceased 19-year-old male from Timberlea and their online content/activity. To make it easier for citizens to submit photos, videos or tips, police have established an email address and website so information and images can be easily submitted directly to the investigators.

Information (text only) can be submitted via [email protected]a. Video, photos and screen shots can be uploaded here http://www.services3.rcmp-grc.gc.ca/ut/index-en.php .

The RCMP and Halifax Regional Police continue to investigate every avenue related to this incident and investigators will review every piece of information that citizens submit.

Please note that if you submit information, an investigator may contact you for follow-up. 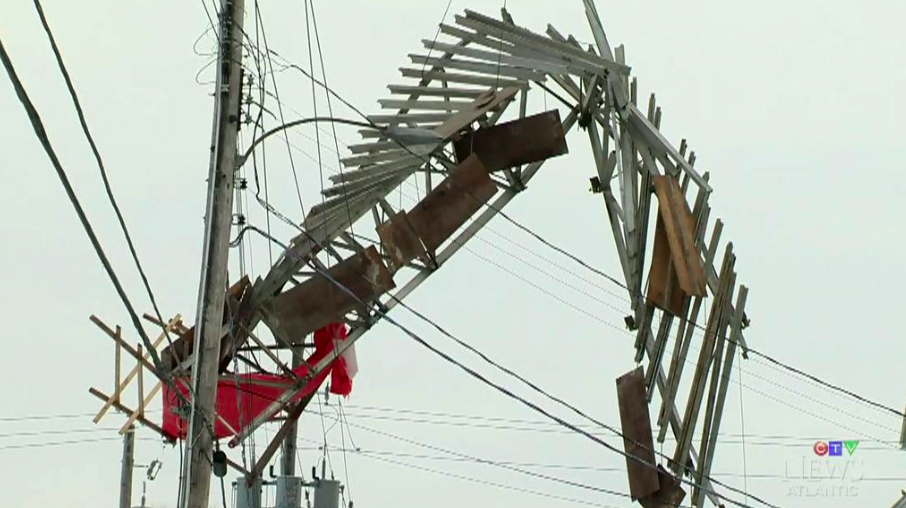 A crane at a construction site at the corner of Almon and Isleville Streets dropped a load on power lines yesterday, taking out power to the Hydrostone and Agricola Street area for about five hours. No one was injured.

I hope regulators are inspecting the plethora of construction cranes rising above the city.

Here’s a short video of the “Big Blue” crane collapse at Brewer’s Ball Park Stadium in Milwaukee on July 14, 1999, in which three people died. The Milwaukee Journal Sentinel explained the multiple causes of the disaster, which resulted in criminal charges against Mitsubishi Heavy Industries of America, the operators of the crane.

This was not an isolated event. “No one seems to track tower crane accidents world wide,” notes one of the many blogs dedicated to the subject. “Annually we see 30 plus major accidents world wide with around 50 deaths. It’s a dangerous game and we all need to be vigilant in the construction world.”

Parkland Construction and an unnamed supervisor for the company have been charged in the death of Alan Fraser, the 21-year-old man who fell to his death at a Clayton Park construction site in 2013, reports the Chronicle Herald: 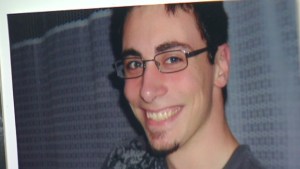 It’s believed Fraser was working alone at the time, dumping debris off the roof with a wheelbarrow, when he fell to his death.

A supervisor with the company, whose name was not released, was charged with failing to take every precaution to protect an employee’s health and not providing fall protection when working at an elevation of three metres or more.

Six hundred and fifty-eight pedestrians were struck by vehicles in Halifax between 2012 and 2014, and 10 of those pedestrians were killed. Those are some of the statistics released by the police yesterday. Here’s the tabulation of incidents; an SOT is a Summary Offence Ticket, i.e., a ticket that could be issued to either the driver or the pedestrian:

And a breakdown of incidents per month:

Two maps show the geography and frequency of incidents: 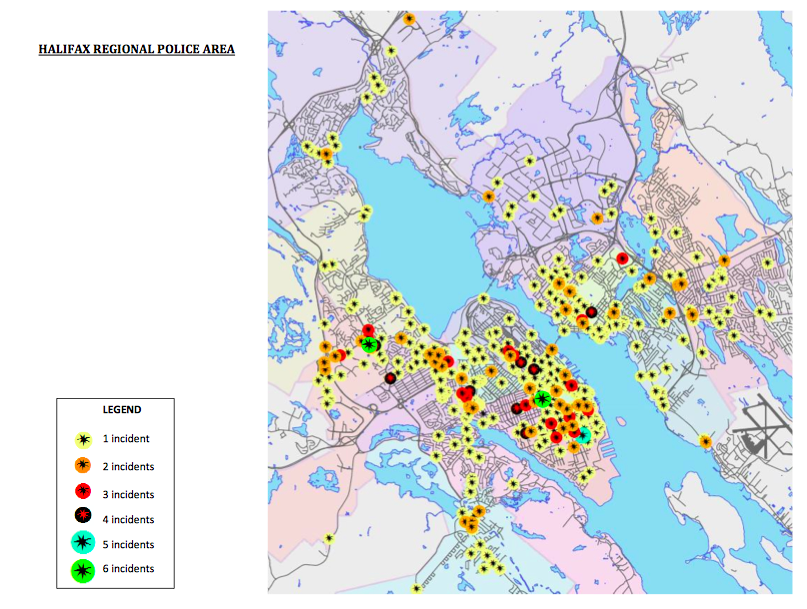 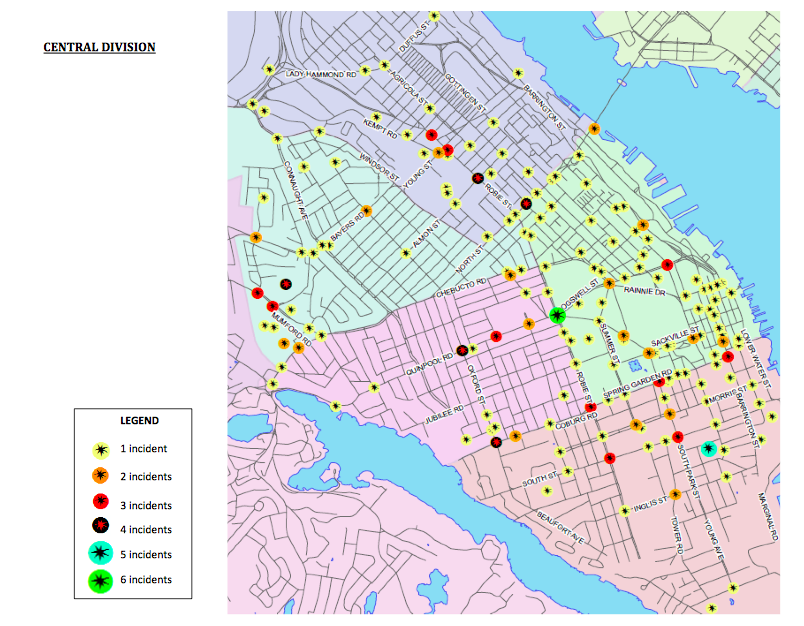 The two locations with six pedestrian incidents were the Willow Tree intersection and the intesection of Willet and Lacewood in Clayton Park. The parking lot of the Sobeys on Queen Street had five incidents.

The map splits them into two groupings, but there were seven incidents around Halifax Shopping Centre. “Pedestrians were in crosswalks in all but one of these incidents,” reads the report. “Three of the four which took place nearer the main shopping building involved school-aged pedestrians.” 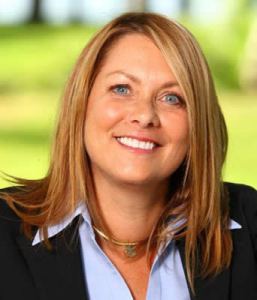 “If we’re going to keep this, the budget implications should be that we’re going to make the contractors buy the brush equipment…and get it down to clear concrete in 12 hours,” [Mason] said. “Not two inches of ice and snow and slush.”

Mosher also chided Mason for bringing the issue up again, after asking for a review last year.

“If a councillor doesn’t like something…you don’t just keep harping on it and trying to change it every year and taking advantage of bad situations,” she said.

Coun. Steven Adams sided with Mosher, arguing the problem wasn’t with the contractors’ ability or a lack of equipment, but with the severity of the mixed weather in the last two weeks.

Understand that Mosher has been “harping” about sidewalks since she was in her mother’s womb. I found a report from 1999 the other day, where Mosher was going on about sidewalks. She has raised the issue every year, year after year, and finally got the rest of council to agree to having the city take over responsibility for sidewalks in 2013.

There was nothing wrong with Mosher repeatedly raising an issue that she found important, but to now turn around and say no other councillor has the right to ever again raise the very same issue but with a contrary opinion is hypocritical, to put it mildly. 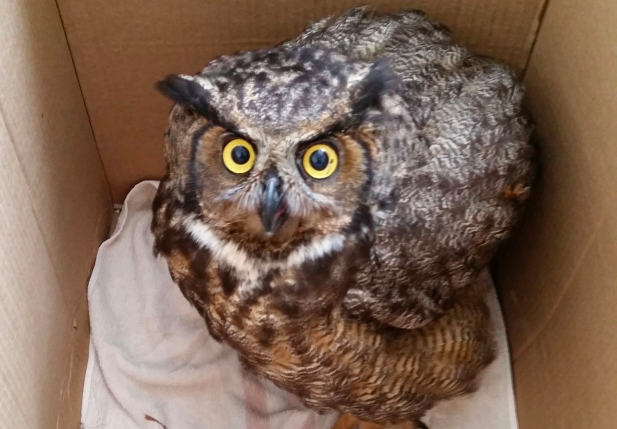 Quill, the owl who for some reason attacked a porcupine, with predictable results, has been rehabilitated by the folks at Hope for Wildlife. He was released back into the wild yesterday. 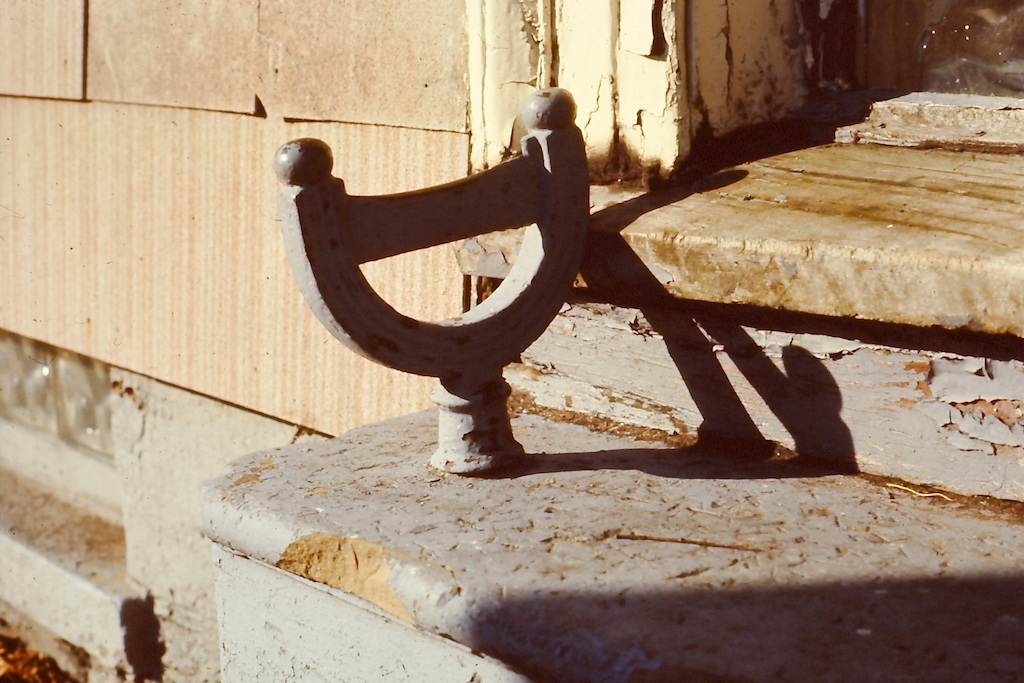 “Storm porches are adaptations to living in a northern land; boot scrapers are evidence that our streets and sidewalks were once muddy (or worse),” explains Stephen Archibald. “In the mid 19th century scrapers were often installed on a front step so you could scrape the muck off your boots before proceeding into the house.” He then goes on to show us a collection of them, with a bonus pic of Schmidtville from the steeple of the Basilica.

The taxpayers and consumers of this country have become nothing but meal tickets for corrupted government parties, dishonest politicians and large corporations, who are in the business of getting richer each day on the backs of the poor people who are not even able in most cases, make ends meet.

Some companies have one thing in mind, and that is making huge profits for themselves, their high paid management and their investors. The health care system scolds everyone for not eating healthy, no wonder, has anyone noticed the high cost of food lately? It is no wonder we have food banks and soup kitchens, this at least keeps people from starving by providing them with a meal.

Taxpayers are getting fed up with government overspending and politicians cheating on their expense accounts. If politicians are going to spend thousands of taxpayers’ dollars illegally, then they should be charged, made to pay back the money, kicked out of government and spend a good lengthy time in prison where all crooks should be.

The taxpayers are always on the hook to pay for political blunders, such as the cost for the repairs of the Bluenose. Who made this stupid mistake? It wasn’t the taxpayers, so let the politicians pay for it. The only thing left to do is to put this old wooden relic into dry dock as a tourist attraction to help get back our government-wasted money.

Government spending of taxpayers dollars is like the saga of Robin Hood. Robin used to rob from the rich to give back to the poor, now the political version is to rob as many tax dollars as you can from  the taxpayers to make all politicians and their rich buddies richer. I am sure the taxpayers will be keeping all of this in mind during this year’s election.

Oh, just a quick note, I was told that every taxpayer in Nova Scotia may be entitled to a free ride on the Yarmouth ferry service, due to the millions of dollars of donation of our tax dollars, made on behalf of someone in our government. No one seems quite sure yet who that might be.

Standing Committee on Economic Development (9:30am, Room 233A, Johnston Building)—some unnamed person or people from the Department of Economic and Rural Development and Tourism will talk about “the Community and Social Finance Landscape in Nova Scotia.” Bring your own sticky notes.

Planetarium show (Thursday, 7:15pm, Room 120, Dunn Building)—a repeat of last week’s show:
“The first soap opera was not aired on radio or TV, but was displayed in the night sky. The Greeks and Romans created a drama of the gods, the main characters are visible each clear night and the show has had a run of over two thousand years! Come to the planetarium to catch up on the love life and shenanigans of the gods, while learning about the night sky. It will make your nights under the stars far more entertaining. Rated PG13.” Five bucks at the door.

A reader sends me a short piece by Ronald Zajac, a municipal reporter with the Brockville Recorder and Times. The piece is worth a read for Zajac’s own observations about the state of journalism, but he also points to a blog post from Warren Kinsella, a lefty, mourning the death of the right-wing Sun TV. Writes Kinsella:

When that journalism disappears, mark my words: our democracy will be diminished, and possibly even in peril. I’m not exaggerating. There is nothing that keeps the powerful in check – not Question Period, not a public opinion poll, not even the police – as effectively as journalists do. I’ve worked on both sides, and I know, I’ve seen it: every time a newspaper dies – every time a TV network dies – the powerful grow more so. You may think that’s okay, but I sure don’t. They are not always benign in the way they exercise power. 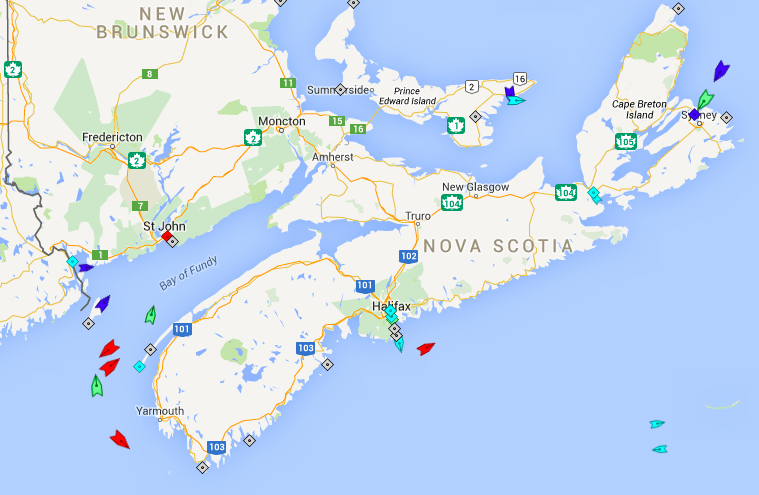 The seas around Nova Scotia, 7:45am Thursday. Map: marinetraffic.com

Simply walking around town is a dangerous activity.