You are here: Home / Featured / 41,370 children in Nova Scotia live in poverty

On Wednesday the Canadian Centre for Policy Alternatives–Nova Scotia (CCPA–NS) released its annual Report Card on Child and Family Poverty in Nova Scotia. The report, subtitled ‘Willful Neglect?,’ provides the number and percentage of children living in poverty based on the most recent (2018) income-based statistics released in late summer of this year.

The report shows a child poverty rate of 24.6% in 2018, up from 24.2% in 2017. That’s 41,370 children living in poverty in Nova Scotia, which also has the third-highest provincial child poverty rate in Canada and the highest rate in Atlantic Canada. 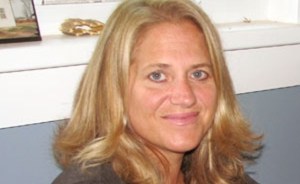 “We are confident in saying that low income families are experiencing greater hardships now based on what we know about families prior to the pandemic, increases to the cost of living, spikes in unemployment, and a lack of bold policy change to stop Nova Scotia’s historic poor performance on addressing family and child poverty,” the report’s primary author and Acadia University professor Lesley Frank said during a virtual media conference Wednesday morning.

“Any policy changes that have occurred since 2018– including economic supports put in place by governments this year–do not have the power to move the needle on the rate and number of families living in low income circumstances, many who are living in deep poverty, thousands of dollars below poverty thresholds annually.”

The report also looks at how the rates differ by geography (broken down by postal codes), social group, family type, and age. It also examines the effect government income support has on the reduction of child poverty.

It notes that 41 postal areas have child poverty rates at 30% and higher. The range of rates include a low of 6.3% in Fall River, HRM, to a high of 78.1% in the rural postal code of Micmac, which includes part of the Sipekne’katik First Nation.

Fisher described the report’s findings as “deplorable.” As a researcher working almost exclusively with low income families living in poverty, she said stories like those in this latest report card are not just about numbers. 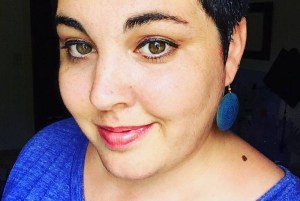 “I can see the faces and hear the voices of parents as they describe turning to sex work to survive out of desperation. I can feel the effort, and frankly the work that it takes to be poor, especially in our under-resourced province,” Fisher said.

“The juggling act of trying to make ends meet and deciding which basic need is more of a priority, heating or food. I remember the desperation in people’s voices and the way lower income families are more likely to be entangled with multiple systems that often keep them living in poverty rather than help them out of it.”

Fisher said what we’re doing as a province clearly isn’t working, adding that COVID-19 has demonstrated we’re able to act swiftly in crisis. She said we need to use that same action to address child poverty in Nova Scotia.

“The numbers of children living in poverty in our province is a crisis. We can’t afford to wait any longer,” Fisher said. “There are costs to society associated with maintaining child poverty, and everyone deserves to live in dignity, including our children.”

“At what point do we begin to ask, as we did in this report card, whether child and family poverty is not simply a matter of government neglect, but in fact is a means of maintaining social stratification,” CCPA Nova Scotia director and the report’s co-author Christine Saulnier said.

“We do not ask this question lightly.”

‘This is not OK for Nova Scotia’

Saulnier said their recommendations to the province haven’t changed much because “very little has changed” when it comes to support for Nova Scotia families with children living in poverty.

Their list of 11 recommendations to the province includes developing a comprehensive, robust poverty eradication plan using the CCPA-NS social policy framework. They also call for the creation of a Child and Youth Advocate office, changes to the Employment Supports and Income Assistance (ESIA) program, an increase to the Nova Scotia Child Benefit, and supporting First Nations in Nova Scotia to assume self-governance over child and family services.

Other recommendations include an affordable, accessible child care system, a full moratorium on all evictions during the state of emergency and permanent rent control.

They also want to see the province’s minimum wage increased to $15 an hour in the next year (with a plan to make it a living wage), and amendments to the Nova Scotia Labour Standards Code to better protect workers and provide at least 10 paid sick days.

“I’m not OK with living in the province of Nova Scotia and accepting that this is the best that we can do because I’ve seen us do better. COVID has proven that we can do better, we can rally quickly, we can make significant changes, we can work across government and within community,” JoAnna LaTulippe-Rochon, executive director of the Cape Breton Family Place Resource Centre, said during Wednesday’s media conference.

“The proof is there. So I guess I’m doing my part here now by simplifying the whole thing to say I am not OK with this, and I think each and every one of us as Nova Scotians have to stand bravely and boldly and make that kind of a statement to all of our officials. I’m not OK with this. This is not OK for Nova Scotia. And this needs to change.”