You are here: Home / Featured / 34 new cases of COVID-19 announced in Nova Scotia on Thursday, September 16

The Department of Health repeats its earlier explanation: “There is a large cluster of linked cases in a defined, unvaccinated group in Northern Zone, and more cases are expected.” As the Examiner has previously reported, this is an outbreak among one Mennonite community (and not all Mennonite communities), and is of very little risk to the rest of the province.

There are now 173 known active cases in the province. Four people are in hospital with the disease, but not in ICU. Twenty people are considered newly recovered, which means they are no longer contagious and not necessarily that they aren’t sick. 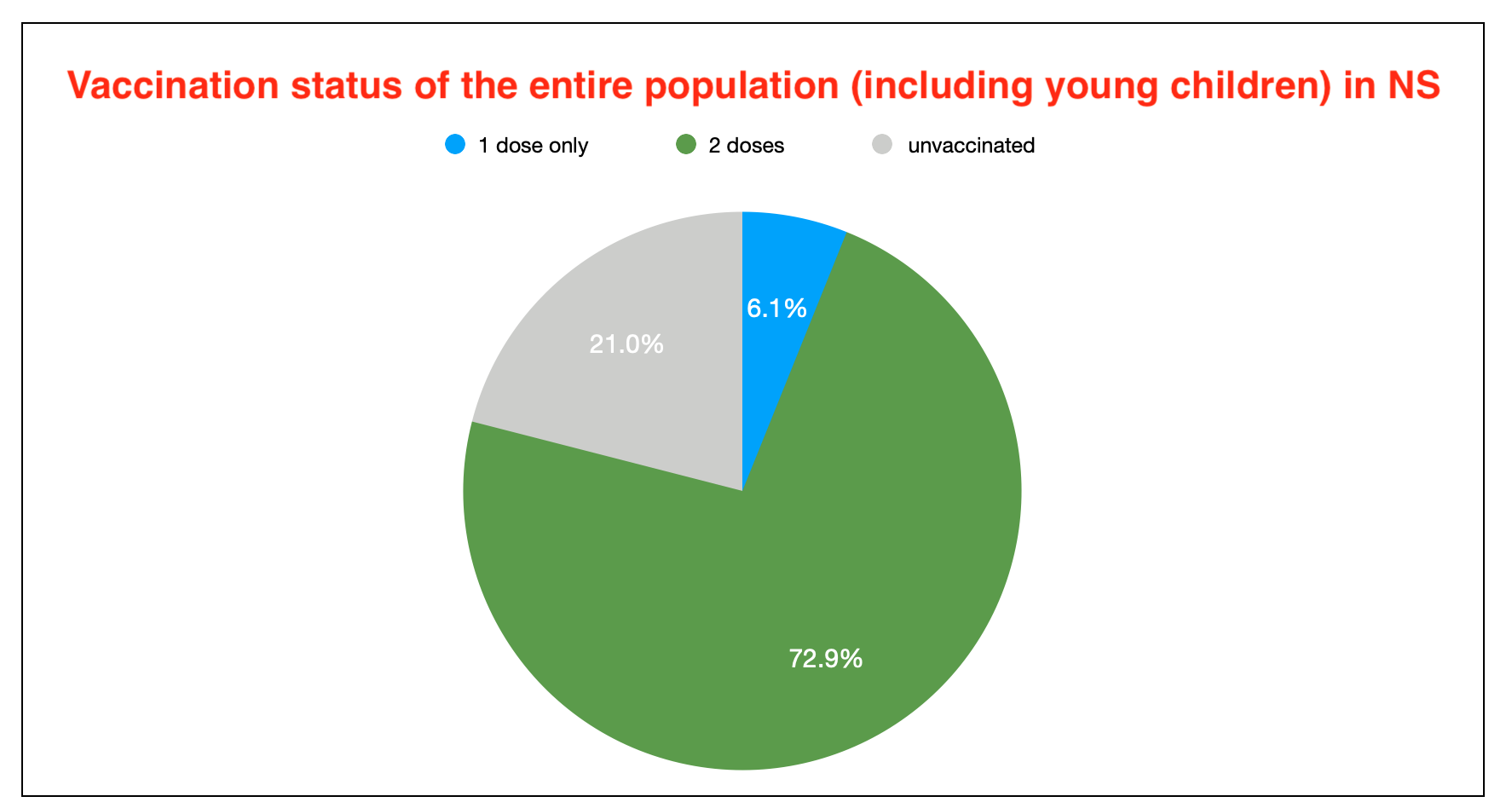 However, the approximately 8,000 military personnel stationed in Nova Scotia were vaccinated through the military’s vaccination program and are not included in the above percentages; if they are included, then the double-dosed percentage increases to 73.9% of the entire population.

The province will likely hit the 75% threshold sometime next week if military people are included, and sometime the following week if not. Either way, that threshold will be met by the Phase 5 reopening now scheduled for Oct. 4

Nova Scotia Health labs completed 4,016 PCR tests yesterday. This does not include the antigen tests administered by the pop-up testing sties, or those conducted at home.