You are here: Home / Featured / 2020 isn’t over yet, and other seasonal tales of joy

Seventeen new cases of COVID-19 were announced in Nova Scotia yesterday. Sixteen of those cases were in Nova Scotia Heath Authority’s Central Zone, one of which was the case connected to St. Margaret’s Bay Elementary school, which was announced Tuesday night. The other case is in the Northern Zone, and is related to travel.

There are now 127 known active cases in the province. No one is currently in hospital with the disease.

There were 3,295 tests conducted at the NSHA’s labs Tuesday, so Tuesday’s 17 cases reflect a positivity rate of about 0.5%.

And here is the active caseload for the second wave; note the slight dip on Tuesday:

I’ve updated the possible exposure map to remove a handful of locations for which the advisories have expired:

This morning, the health authority announced that it is conducting PCR tests for 16- to 35-year-old people who are asymptomatic:

Walk-in COVID testing will be available for 16-35-year-olds with no symptoms at Zatzman Sportsplex beginning Thursday, Dec. 3, through to Sunday, Dec. 6.
Anyone in the age range is welcome if they:
The testing method will be the standard PCR swab.
“We invite anyone between the ages of 16 to 35 to get tested, but are especially interested in seeing those who may have been to parties or gatherings in the last two weeks, or those who have a large number of social contacts,” said Dr. Jennifer Cram, Medical Officer of Health. “The intention is to take advantage of our available testing capacity to do everything we can to identify COVID in the community. We’re grateful to community members for helping us with this.”
People who come for testing are asked to bring a health card if they have one. They will not need to self-isolate while they wait for test results.
This testing will be available:

Episode 8 of The Tideline, with Tara Thorne is published!

This week, Lake Echo’s own Jenn Grant stops by (with baby Hank in tow) for a seasonal chat about how she made her new holiday album, Forever on Christmas Eve, in actual yuletide times. Plus: A spoiler-laden defence of The First-Ever Lesbian Christmas Movie TM, Happiest Season.

Here’s the teaser, in which you can hear Tara’s excellent take on Happiest Season:

That $5 — less than an Eggnog Latte! — will, we hope, eventually cover Tara’s pay and our production costs. If you support local independent arts journalism, please subscribe to The Tideline. 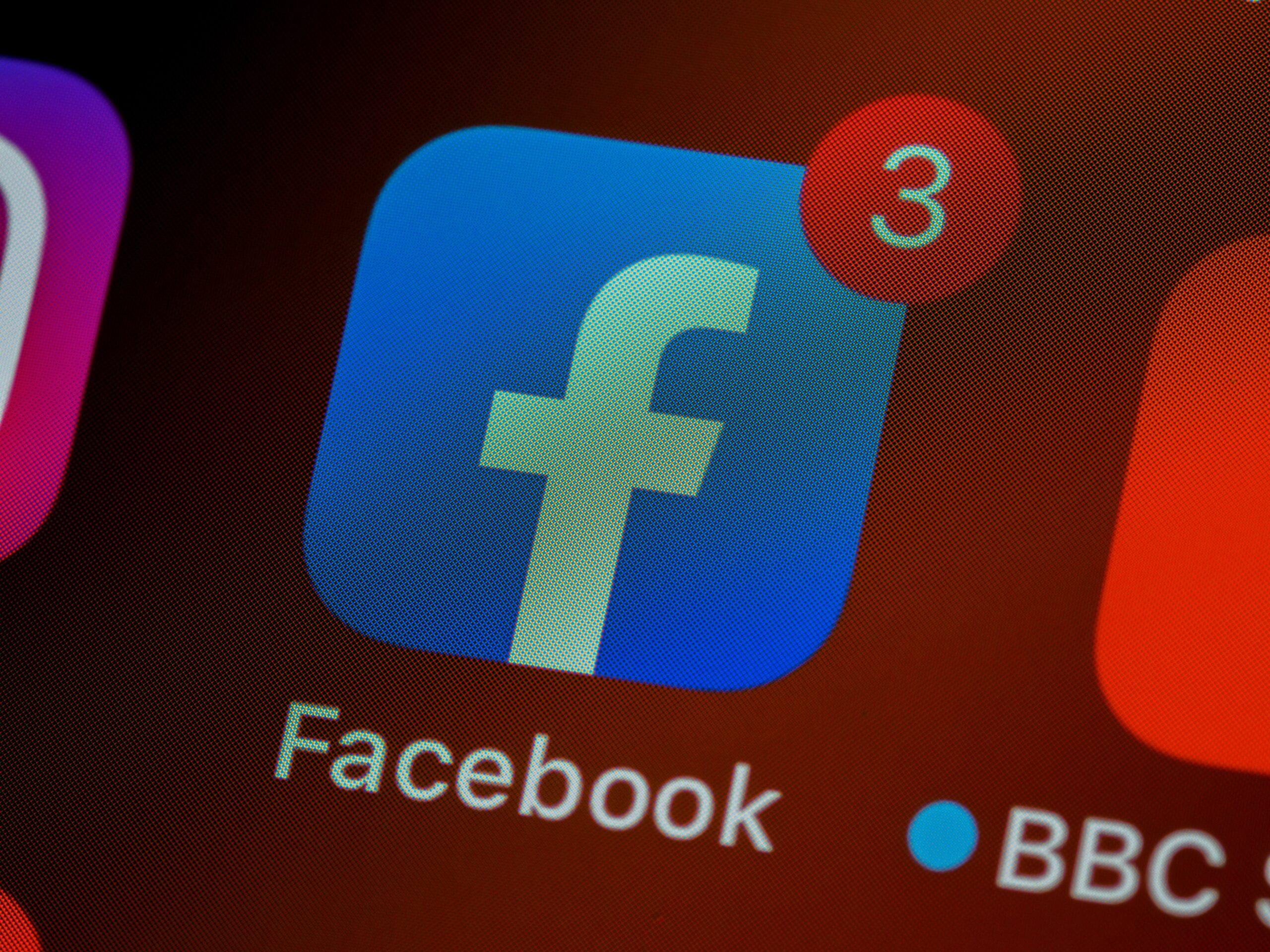 Photo by Brett Jordan on Unsplash

“Civil rights groups are calling on the Halifax board of police commissioners and the provincial justice minister to hold the RCMP accountable after a news investigation found the Mounties used a Facebook surveillance tool in Nova Scotia,” reports Zane Woodford: 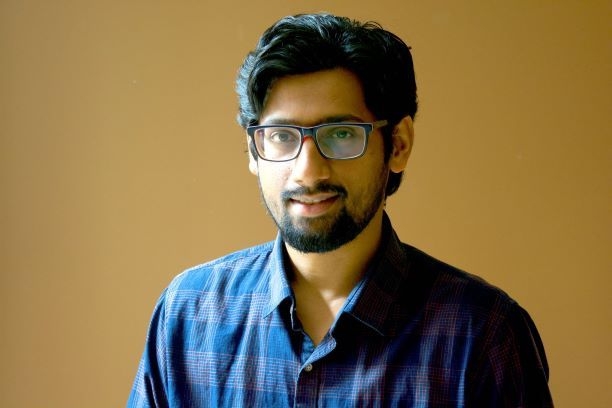 The environmental group was involved in the discussion of Nova Scotia Power’s long-term plan for tackling climate change and “decarbonizing” the production of electricity.

That’s a tall order. Coal still generates 56% of our electricity and is one of the largest producers of Greenhouse Gas (GHG) emissions. The coal-fired plants are mandated to retire by 2040 but recently the top executive with Nova Scotia Power’s parent company raised the possibility of phasing them out 10 years sooner. We asked Gurumurthy for his take on the proposed Plan to de-carbonize the grid. 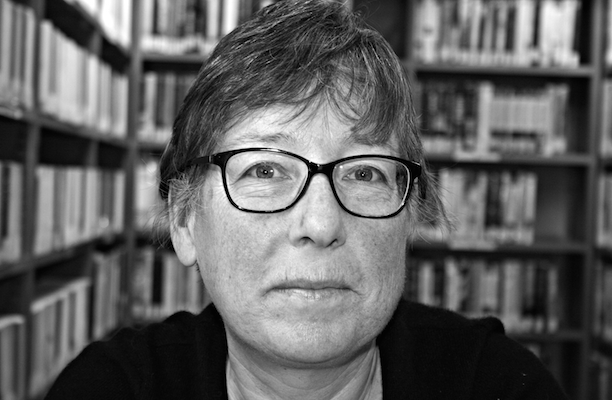 On November 13, I wrote about how Information and Privacy Commissioner Tricia Ralph issued a report that in no uncertain terms ruled that the Cape Breton Regional Municipality had improperly declined to release public records to Mary Campbell, proprietor of the Cape Breton Spectator.

Yesterday, Campbell provided an update to the situation:

I had hoped that by now I would have a response from the CBRM to the Privacy Commissioner’s November 3 ruling about my 2015 FOIPOP request. I knew it was unlikely the municipality would simply accept the ruling and release the 862 pages of documents the commissioner says it withheld from me without justification — I fully expected a hefty fee or some extensive redactions — but it had never occurred to me that the municipality’s response would be…crickets.

And yet, here we are.

I emailed Municipal Clerk Deborah Campbell Ryan and CAO Marie Walsh on Monday asking when I can expect a response but as of press time, I have not been given the courtesy of a reply.

Plus ça change, plus c’est la même old chose in terms of transparency in this town, apparently.

“The superspreader event in the Saint John region has been confirmed as the source of some 60 cases of COVID-19,” reports Laura Brown for CTV:

Dr. Jennifer Russell said the superspreader event, a gathering where someone or several individuals were asymptomatic or pre-symptomatic, was held at two venues on the same night in November.

There’s lots of speculation as to who was on hand ‚ and where — but it’s not the first time the province’s chief medical officer of health has mentioned the event.

“Number one, where there is a superspreader event and there are some superspreaders involved in some of the cases so we are expecting more cases to pop up,” Russell said Nov. 20.

That’s the day Saint John went into the orange phase.

Since then, more than 60 cases have been announced in the Saint John region.

Rachel Cave at CBC reports on the speculation:

The owner of the Water Street Dinner Theatre in Saint John says he gave Public Health the names and numbers of the 120 guests and staff who were present for a Nov. 13 show, but he can’t say whether that was a superspreader event.

Roy Billingsley says he’s aware that people are speculating that his was one of  “two venues” that the chief medical officer of health has described as being the source of 80 per cent of the current active cases in the Saint John zone.

“The timeline might suggest that we were involved,” said Billingsley. “But I’ve received no confirmation of that.”

Sipekne’katik Chief Mike Sack reported last night that there are “a couple” of cases of COVID-19 in the First Nation.

Royal Caribbean cruise line is gearing up for January cruises from the US to the Caribbean. The cruises include two ships — the Adventure of the Seas and the Grandeur of the Seas — that typically call in Halifax in the fall.

9. Uber wants nothing to do with Enfield 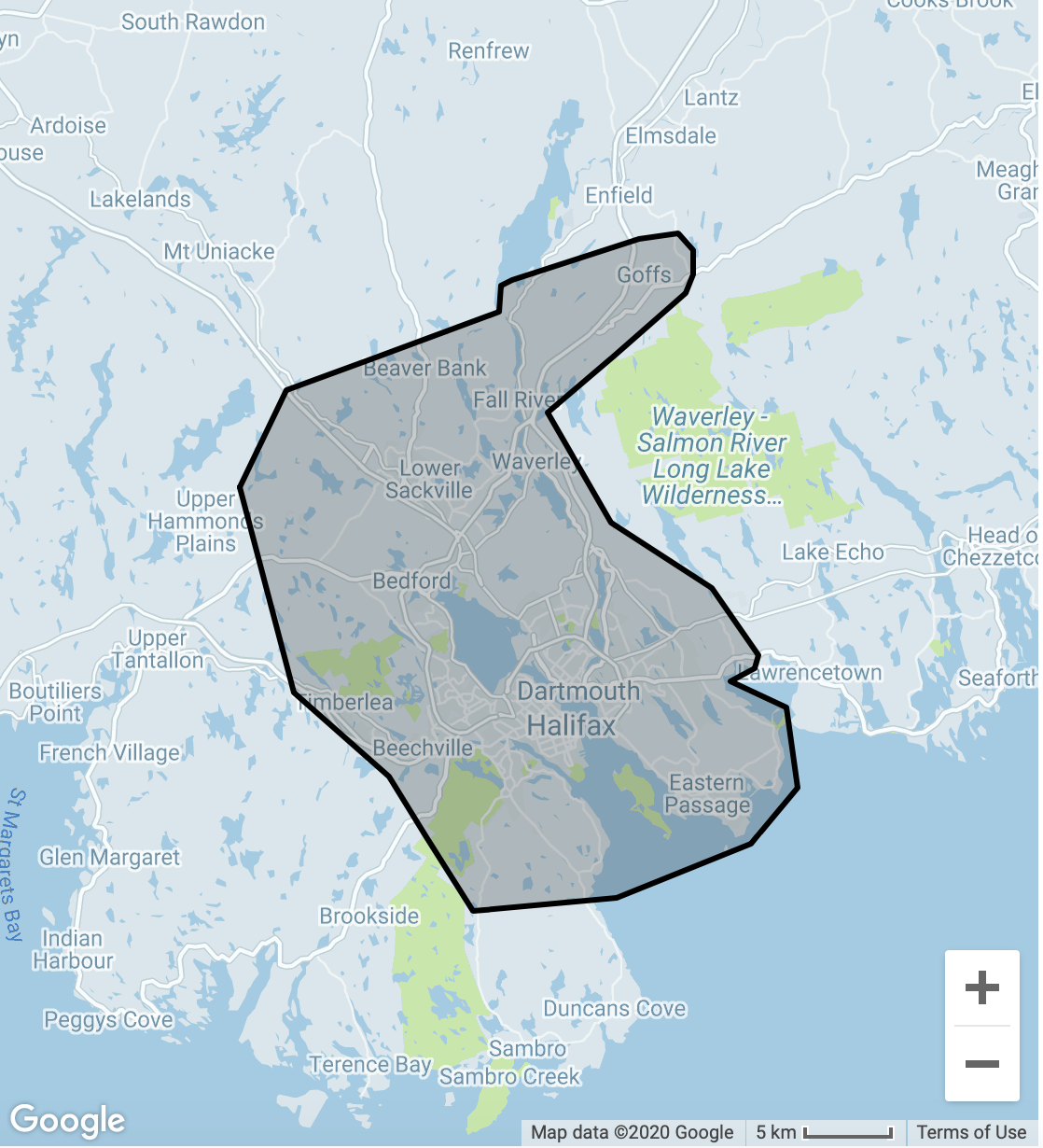 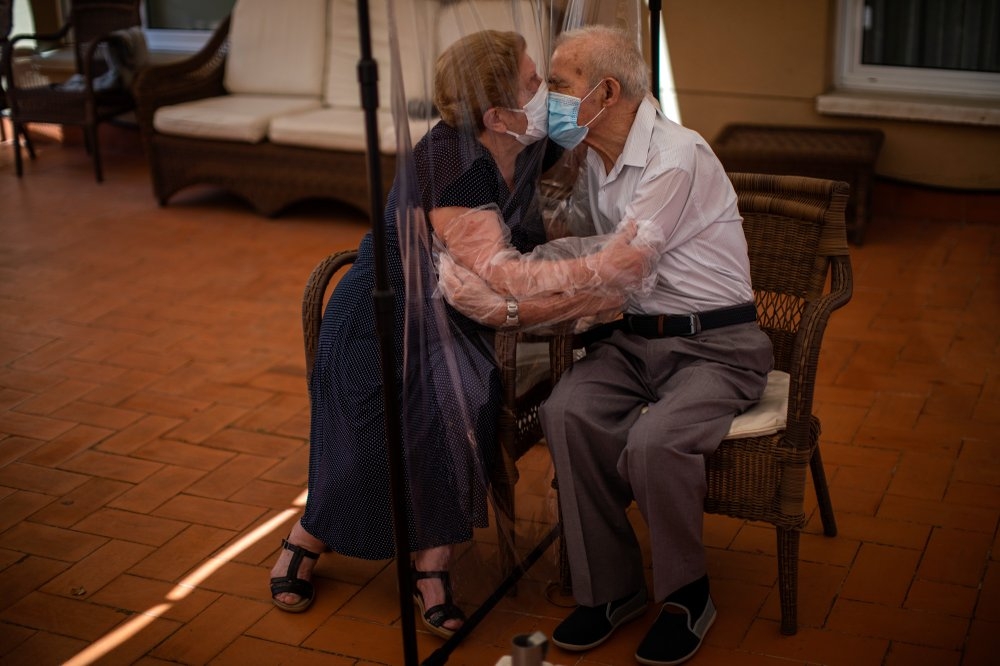 Agustina Canamero, 81, and Pascual Perez, 84, hug and kiss through a plastic film screen to avoid contracting the coronavirus at a nursing home in Barcelona, Spain, on June 22, 2020. (AP Photo/Emilio Morenatti)

Philip Moscovitch draws my attention to “A World in Distress,” a collection of photos by Associated Press photographers around the world this year:

There are the living: Women cover themselves head to toe with chadors, protective clothing and gas masks to prepare a body for burial in Iran. An octogenarian couple kiss through plastic in Spain.

There are the dead: Relatives, traveling by night and by boat, travel down a Peruvian river to bring a body home for burial. Row upon row of new graves are dug in the largest cemetery in Latin America.

And there are those who negotiate the grim space between life and death — among them, 16 Italian doctors and nurses exhausted from their labors, their faces haunted and haunting.

The photos range from heart-wrenching to poignant to uplifting.

Keynote (Thursday, 11am) — Architecture lecture with Angelo Bucci from the University of São Paulo, Brazil. Info and link here.

Assessing the impact of reproductive health policy on abortion and conception (Thursday, 2pm) — Nichole Austin from McGill University will talk.

Policies have the capacity to shape reproductive health outcomes by influencing access to, and the quality of, relevant types of care. However, assessing policy impact in the absence of randomization is challenging, and high-quality evidence on the effects of key policy shifts is consequently lacking. In this talk, I discuss two categories of reproductive health policy: 1) policies regulating abortion, and 2) policies regulating conception. I begin by describing the effect of targeted regulation of abortion providers (TRAP) laws on abortion rates and provider availability in the United States, which I quantify using a quasi-experimental (difference-in-differences) design. I then address an abrupt shift in assisted reproductive technology (ART) funding in Québec and its potential consequences, which range from population-level changes in pregnancy and birth outcomes to individual-level changes in treatment uptake and clinical outcomes. This presentation will explore the nuances of rigorously evaluating reproductive health policy, summarize key contributions to this area to-date, and highlight future research directions. 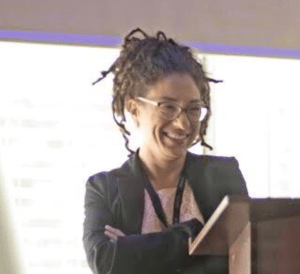