You are here: Home / Featured / 13 hours of terror: tracking a mass murderer’s rampage through Nova Scotia

People have a right to be angry with the RCMP for not activating Nova Scotia’s emergency alert system during last weekend’s mass murder spree, said RCMP Support Services Officer Darren Campbell at a news briefing Friday.

“They believed that they, you know, more than likely have that suspect either, well, one of a few possibilities: the suspect was still in the area; the suspect had escaped; or, the suspect was in one of his burning residences, and actually committed suicide,” said Campbell.

Five days after the murders, Campbell provided the RCMP’s first detailed account of them. Still, however, critical information is missing, and there is confusion or uncertainty about some of the timeline.

But with the information Campbell provided, along with our independent reporting, the Halifax Examiner has put together a map and narrative to help readers understand the terrifying chain of events.

RCMP officers arrived in Portapique at 10:26 in the evening, after having received a 911 call reporting gunshots.

Officers immediately came across a man leaving the area. The man had been shot. He explained that while he was driving out of Portapique, he was passed by a car that looked like a police car, driving the opposite direction, towards the beach. As the lookalike police car passed him, the driver of the police car shot him.

The responding officers called in an ambulance for the victim, and he survived the shooting.

Thereafter, Campbell said, “several police units responded to the area, and upon arriving, they located several people who were deceased, some of which were lying in the roadway. There were also several structures that were already fully engulfed in flames. In total, there were over seven locations where people were found deceased.” 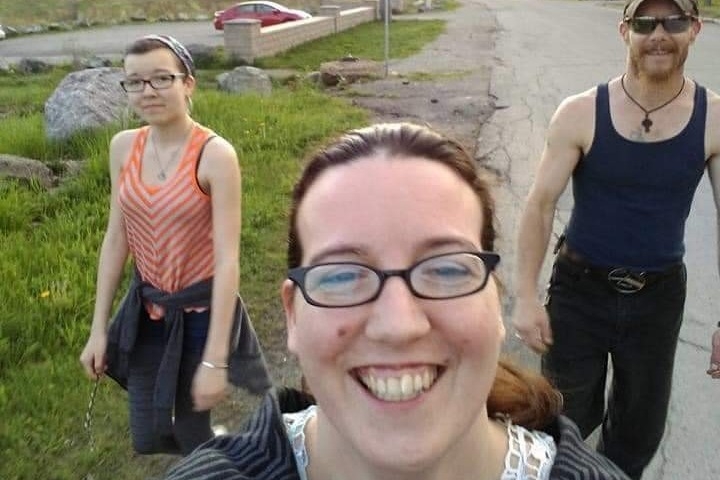 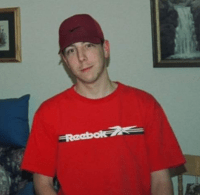 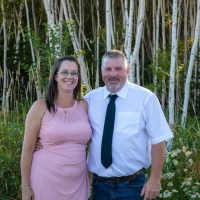 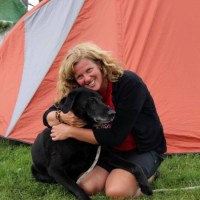 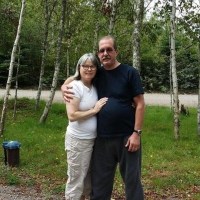 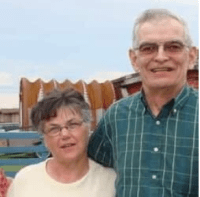 The RCMP set up a perimeter around Portapique, which has just one road in and out, and called in their resources, including air support, emergency health services, an explosive disposal unit and crisis negotiators.

Based on interviews with witnesses who called in, they identified a suspect, who lived in the area.

We’ll identify the suspect as simply GW. Over the next 13 hours, GW would be elevated from a potential suspect to the known killer.

Saturday night, GW’s Portapique home was also on fire, along with two “police package Ford vehicles” and another vehicle on his property.

Overnight, police ascertained that GW owned three Ford Taurus cars, which they understood to be mock police cars. Two such cars were burned out on GW’s property in Portapique, and the Halifax Regional Police found a third Taurus at GW’s property in Dartmouth, about 125 kilometres from Portapique.

We additionally know that at 12:30am, the RCMP visited the house of a couple on Highway 4. The couple also owned a mock RCMP cruiser and parked it in their front yard. The couple told the police that the car hadn’t been moved recently, but additionally that GW had visited them back in August or September to ask about buying their car. They declined.

The couple are not suspects in the murders, but police believed they might’ve been victims.

“Like everyone else, we were completely unaware of what was happening,” the couple tells the Halifax Examiner. “The tactical team showed up on their own and they were on foot. And when they left, they did not tell us to go in the house and lock the doors. We made our own assumptions that night that perhaps the shooter in Portapique had stolen a police vehicle.”

At this point, police had the Portapique crime scene contained, and they had identified and accounted for three registered mock police cars belonging to the suspect.

But at daybreak, about 6:30am, another victim emerged from the woods — a woman GW had had a relationship with. She appears to have been either the first or among the first people attacked in Portapique, but she had managed to escape and hide in the woods until she felt it was safe to come to police.

The woman provided more information about GW. “This included the fact that he was in possession of a fully modern and equipped replica RCMP vehicle and was wearing a police uniform,” said Campbell. That is, GW had a fourth replica police car, which was now unaccounted for.

“We also learned that he was in possession of several firearms that included pistols and long barrel weapons.”

At this point, the RCMP issued a BOLO, or “be on the lookout” alert to all Nova Scotia police agencies, explained Campbell. Then, “we maintained containment of the scene and continued to search for the suspect,” said Campbell.

Frustratingly, Campbell didn’t provide the time-of-day, but he said that Sunday morning police begin to receive a “second series” of 911 calls coming from the Wentworth area, more than 60 kilometres north of Portapique.

Campbell says the gunman went to a home on Hunter Road, killed two men and one woman, and set the house on fire.

We’ve learned this was the home of Alanna Jenkins and Sean McLeod, and that the third person killed was neighbour and retired firefighter Tom Bagley, who had left his house to help with the fire. 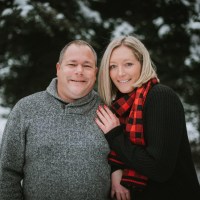 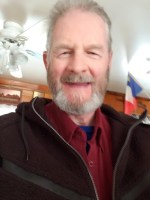 The triple murder likely occurred around 8am, when neighbours heard an explosion and called 911.

This leaves about nine hours in which GW’s whereabouts are unaccounted for.

Campbell did say that a one point, a witness in Portapique said they saw a car, presumably GW’s mock police cruiser, leave the Portapique area by driving through a field. But Campbell didn’t say when the witness provided that information, or when the car drove through the field.

After the triple murder on Hunter Road, another 911 call was received from occupants of a house on Highway 4. This was a couple who, like GW, are motorcycle enthusiasts. Again, Campbell provided no time-of-day for that call.

GW had “knocked on the door and he had woken the occupants,” said Campbell on Friday. “He was known to the residents and they identified him to a 911 call taker. And they also advised that he was driving a police vehicle and carrying a long barrelled weapon. They did not answer the door and the gunman left.” No specific time was given for that 911 call.

The Examiner is uncertain about the exact location of their home. They own a registered business on Highway 4 in Glenholme — a speeding driver on a Sunday morning could travel from Hunter Road in Wentworth to the business in Glenholme in about 20 minutes. But Campbell seemed to suggest that the Highway 4 home was very close to the Hunter Road crime scene, just to the west of it.

Having time stamps for the Hunter Road and Highway 4 calls, and an exact location of GW’s Highway 4 visit would be helpful in understanding the chain of events, but Campbell did not offer that information. 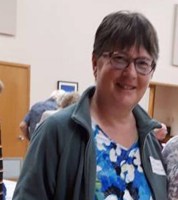 Regardless, shortly thereafter, at 9:35am, the RCMP received a 911 call in reference to the murder of Lillian Hyslop, who was out for a walk on Highway 4 near Wentworth. Her body was found along the side of the road near the entrance to the Wentworth Provincial Park.

After killing Hyslop, GW continued southward on Highway 4, and “encountered two other individuals who happened to be driving their vehicles at that time,” said Campbell.

“A witness described that the suspect had pulled over one of the vehicles and had shot one of the drivers. He continued driving down that same road, Highway 4, and he encountered a second vehicle. He shot and killed that victim at that location.” 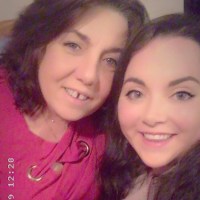 These two victims were Heather O’Brien and Kristen Beaton, both out working for the Victorian Order of Nurses. Campbell said a 911 call came in at 10:08am referring to one of these shootings.  The RCMP has tweeted out at 10:04am that the suspect was in the area.

At 10:13am, first responders reported two cars in “MVA” (motor vehicle accident) with “possible entrapment” (people trapped in the vehicles) at 1760 Plains Road in Debert, which is just off Highway 4.

Soon after, police appear to have had reason to believe that GW was at or near the Onslow Fire Hall, as two police officers opened fire at the hall at 10:30am. But GW had either never been there or had left by then. The discharge of weapons by the police officers is the subject of an investigation by the province’s Serious Incident Response Team (SIRT), which investigates such incidents.

GW was next spotted at Millbrook Trading Post* at the Millbrook First Nation. A video recorded at the gas station shows GW taking off a yellow vest in order to remove a sweater beneath it, and then putting the yellow vest back on.

The Halifax Examiner has learned that several residents of Brookfield, about eight kilometres south of Millbrook, saw GW driving through at 10:34am.

The next encounter with GW was near the intersection of Highway 2 and route 224, near Shubenacadie.

But the car was actually driven by GW, who pulled up to Morrison and began shooting. Morrison was able to pull away and retreat northward on Highway 2.

“During that time,” said Campbell, “Constable Heidi Stevenson was nearby believed to be driving northbound on Highway 2 while the gunman was traveling southbound.” The cars collided head on. Stevenson engaged with GW, said Campbell, but was killed. GW took Stevenson’s gun and ammunition.

Father of two Joey Webber was passing by and stopped at the scene to help. GW shot and killed Webber, then took the car Webber was driving, a silver SUV and set fire to the two other cars — the mock police car he had been driving since leaving Portapique, and Stevenson’s actual police car.

GW then travelled a short distance along Highway 224 to the home of Gina Goulet, a denturist GW knew.

“The gunman shot and killed that female resident,” said Campbell. “The gunman then removed the police clothing that he was wearing at the time and transferred his weapons to the female victim’s vehicle” — Goulet’s red Mazda 3.

GW then continued southward in the red Mazda 3, and stopped for gas at the Big Stop in Enfield. “While he was at the gas pumps,” said Campbell, “one of our tactical resources came to the gas station to refuel their vehicle. When the officer exited the vehicle, there was an encounter and the gunman was shot and killed by police at 11:26 in the morning.”

* As originally published, this article misidentified the gas station. We’ve also been updating the embedded map as we get more detailed information.