You are here: Home / Featured / 1 new case of COVID-19 announced in Nova Scotia on Wednesday, July 7

The new cases is in Nova Scotia Health’s Central Zone and is a close contact to a previously announced case.

There are now 39 known active cases in the province; two people are in hospital with the disease, neither of whom is in ICU; six people are considered newly recovered today.

Here are the daily new case numbers and the seven-day rolling averages (today at 3.7) since March 28: 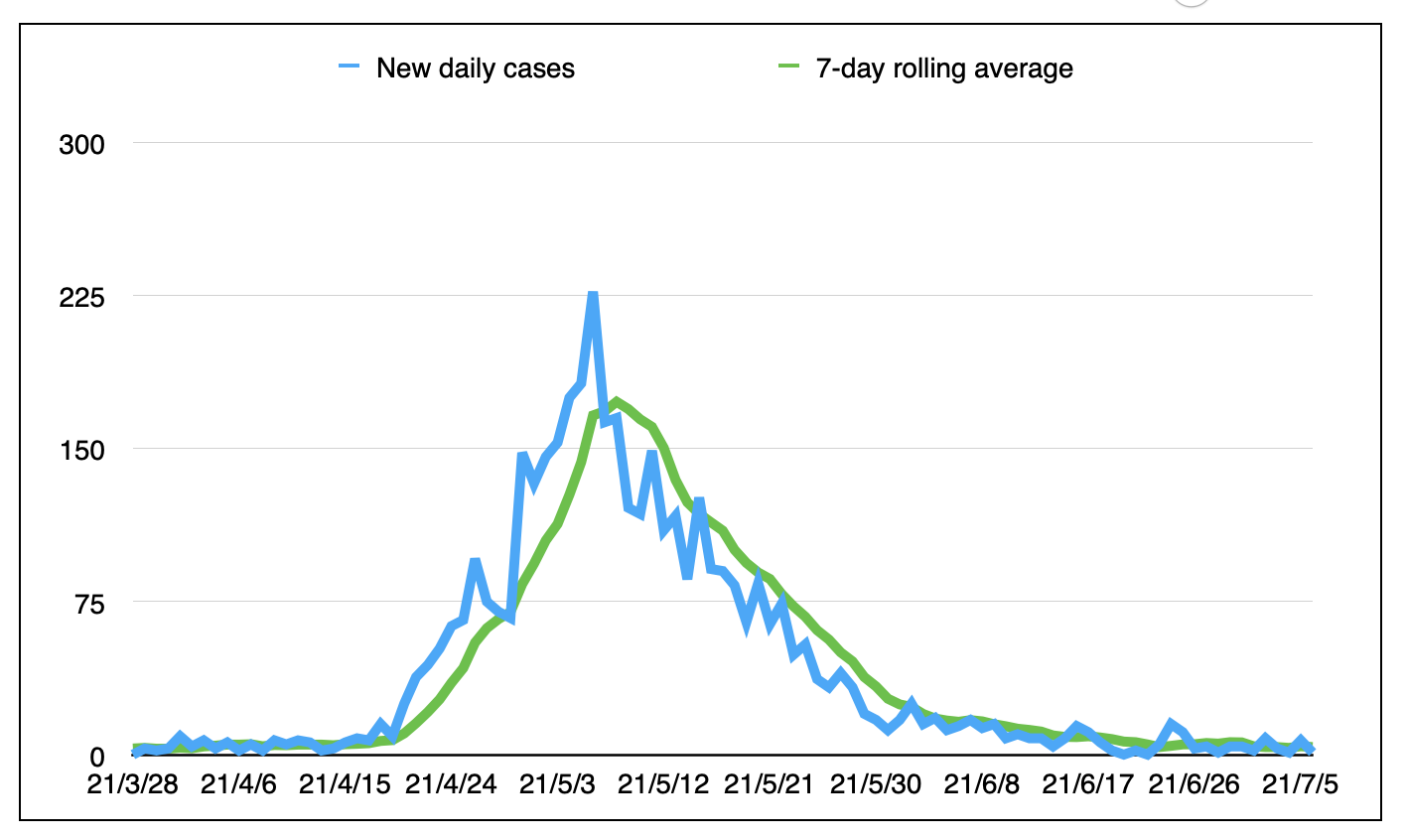 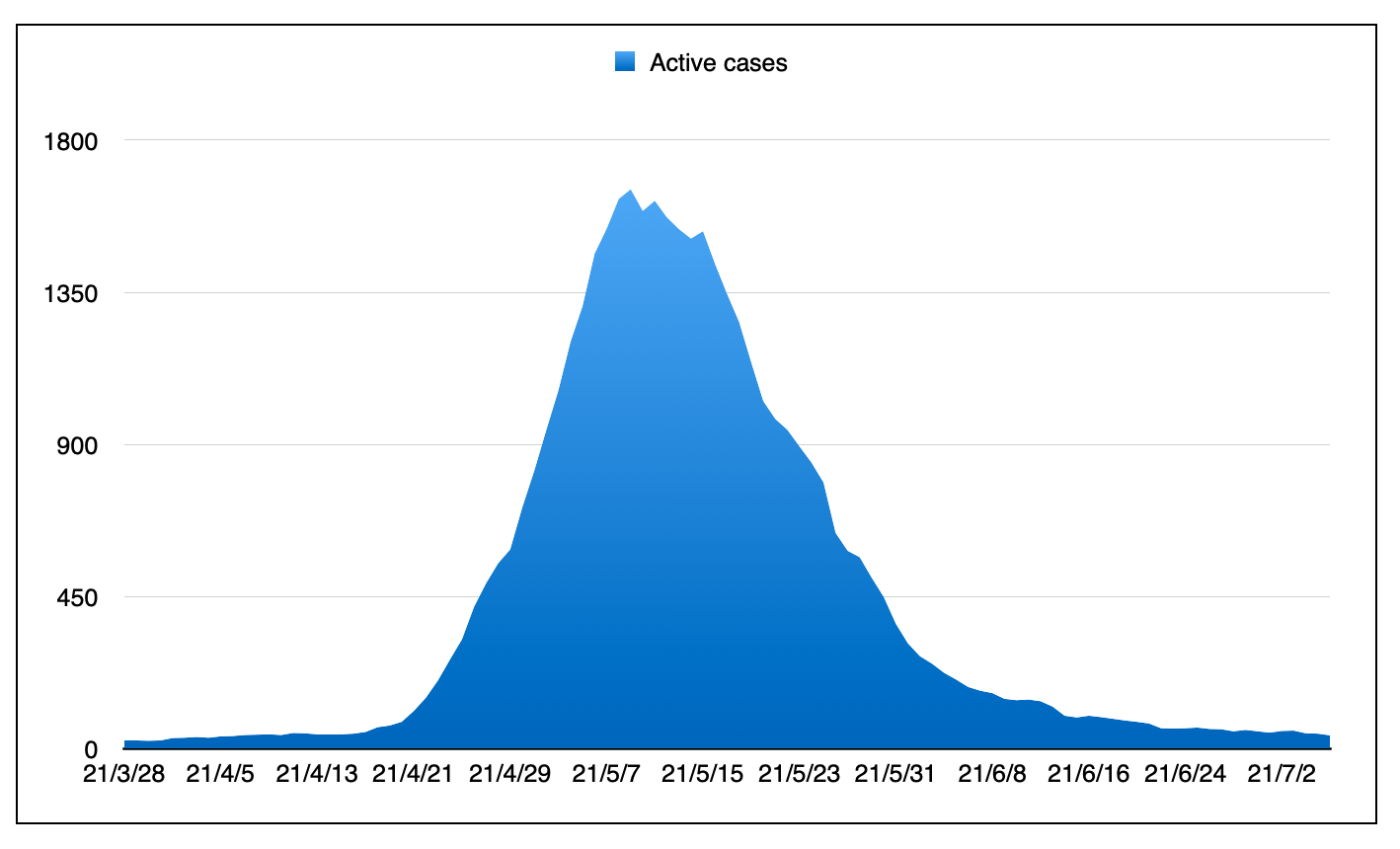 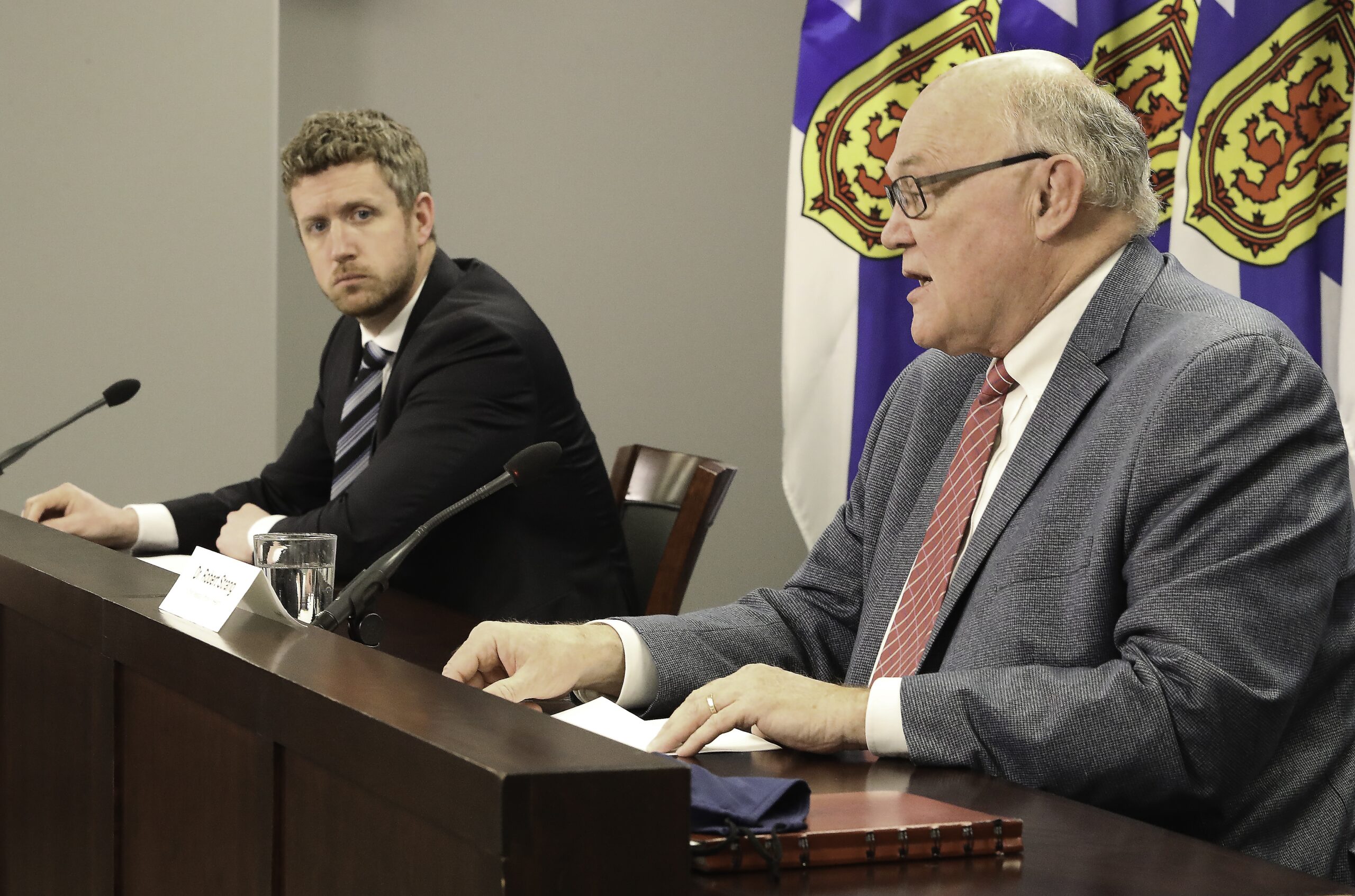 I had the following exchange with Chief Medical Officer of Health Dr. Robert Strang at today’s COVID briefing:

Bousquet: Dr. Strang, at the last briefing, the premier raised the issue of his past DUI arrests. I don’t want to talk about that, but in response to his statements, he’s been criticized for politicizing these briefings, and that gives me the excuse to ask you something I’ve wanted to ask you since these briefings began way back in March of last year, and that’s this: I wonder if you are aware of the US Centres for Disease Control advice on Public Health messaging during a pandemic, which says that politicians shouldn’t be the face of the messaging, that instead trusted public health officials like yourself should be front a centre, and the politicians shouldn’t be much around. Obviously, Trump politicized the disease in the US, and we see the result, but I’m guessing that the same sort of guidelines apply in Canada, and yet in every province we see the premiers taking the spotlight. I wonder if you have any thoughts on that? It is appropriate for the premier to be using these briefings for political reasons?

Strang: So I think what we have is a very well-established partnership, established first with Premier McNeil, now Premier Rankin, I give the premier public health advice. Ultimately, the premier is elected to make decisions. So the two of us together are speaking to Nova Scotians. And I’m very fortunate to be in a province where the premier has always continued to put the health and safety of Nova Scotia first. So us coming together, speaking to Nova Scotians, I think, has worked very effectively as a blend of elected leadership as well as strong public health expertise and advice.

Bousquet: Along the same lines, a public health order issued to prevent an anti-mask rally on Citadel Hill was used as the excuse to arrest people in a pro-Palestine rally. My understanding is that many people in the Muslim community, including those in the Syrian immigrant community, understood that they considered themselves to be political targets of Public Health, and that in turn has resulted in the distrust of Public Health among those groups. Do you think the arrests of in the Palestine rally has led to a resistance of Public Health’s calls for vaccination?

Strang: Not that I’m aware of. We are working very closely for the last couple of months with our Muslim communities and we’ve specifically had vaccine clinics at some mosques. We’re working with with imams around specific mosques, especially some of our newly arrived people who are of Muslim faith, to make sure that we have culturally appropriate language, appropriate information on testing and vaccination. It was not a public health decision — actions taken by the Halifax Regional Police against those those demonstrators. That was a policing decision. But we continue to work very closely with all Nova Scotian groups, all communities, including our Muslim communities, around ensuring everybody has good access to information, access to testing and access to vaccination.

Yesterday, 24,548 doses of vaccine were administered.

In order to reach 75% of the entire population having at least one dose, 15,692 people who are not currently vaccinated at all need to get a first dose; exactly 1,400 such people were vaccinated yesterday.

Having said all that, Strang today announced that the province has already achieved 75% of the entire population having at least one dose. That’s because the military has been running a vaccination program parallel to and separate from the province’s, and military members living in Nova Scotia who have been vaccinated added to the province’s numbers bring the province past the 75% threshold. The military’s numbers will be entered into the province’s COVID dashboard in coming days.

What that means is that Nova Scotia has already met the vaccination target for Phase 4 of reopening, which barring some unforeseen change in events will begin on July 14.

Starting today, the vaccination clinic at the Halifax Convention Centre is providing walk-in, no appointment second dose vaccinations for people aged 55 and over; the walk-in clinic continues to provide first doses for all ages without appointments. That vaccination clinic uses the Moderna vaccine. Hours are noon-8pm, every day except Sunday. A health card is not needed to be vaccinated at this clinic.

Nova Scotia Health labs completed 3,891 PCR tests yesterday. This does not include the antigen test administered at the pop-up testing sites.