You are here: Home / Featured / 1 more COVID death in Nova Scotia and 6 new cases; Rankin rejects redeploying vaccine to provinces with out of control outbreaks 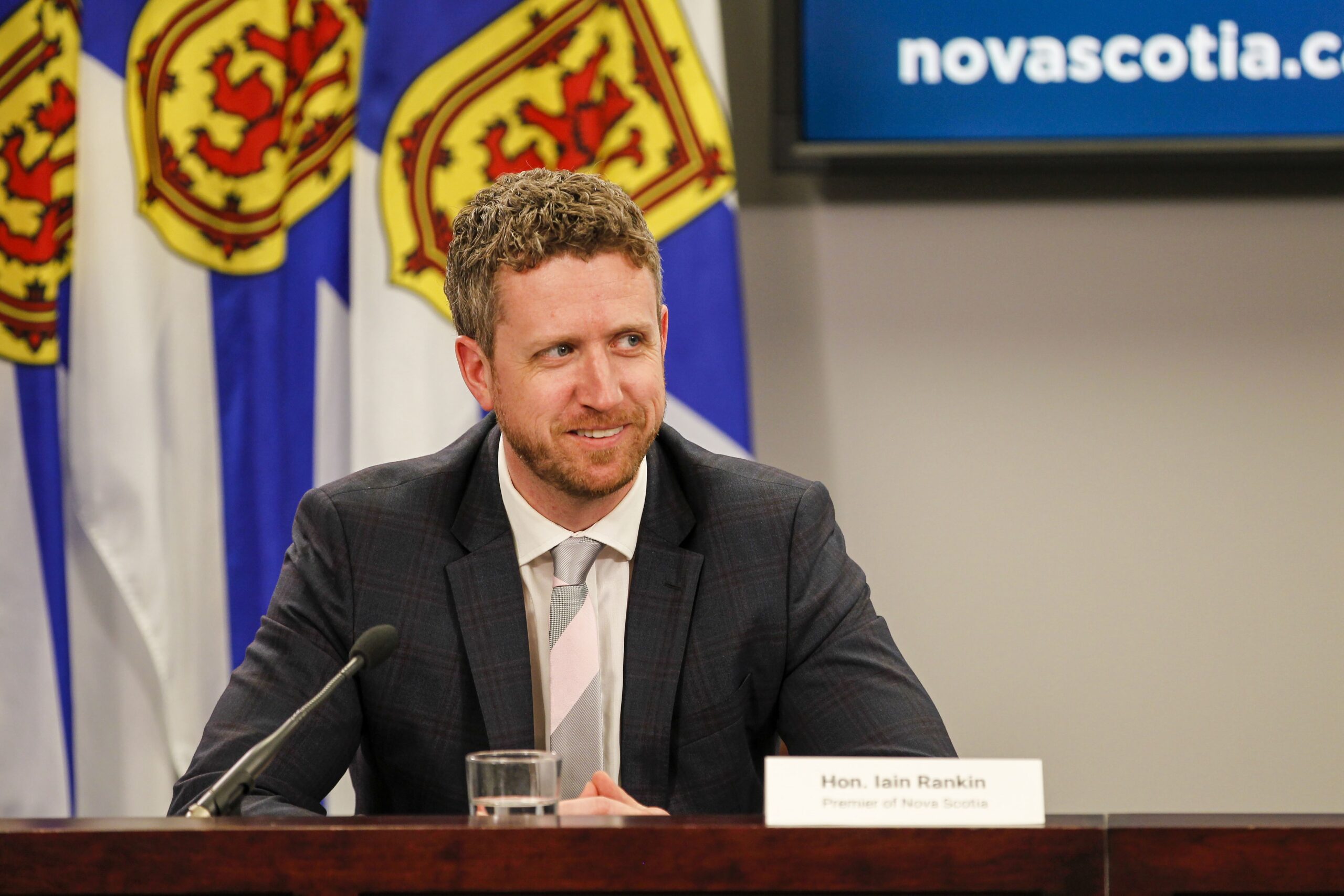 A woman over 80 years old has died with COVID. She was a resident of Nova Scotia Health’s Central Zone. She is the 67th person to die with the disease in Nova Scotia.

This morning, the Canadian Medical Association issued a statement calling for “extraordinary measures” to address “the state of crisis unfolding in several provinces,” including Quebec, Ontario, and Alberta,

In particular, the CMA asked the federal government to “consider a re-prioritization of its vaccine distribution strategy to focus on areas of urgent need as opposed to the per-capita approach adopted to date.” In real terms, that would mean vaccine would be diverted from provinces such as Nova Scotia that have kept the spread of the virus under control, and sent instead to provinces such as Ontario, which have not.

Premier Iain Rankin unequivocally rejected the suggestion at today’s COVID briefing. “We expect to get the volume [of vaccine] as we have committed to us,” Rankin told reporters. “Things can change really quickly in any province, and so I think it’s incumbent on us to to make sure that we say to the federal government that we expect to get our vaccine”:

When I talked to Dr. Strang, it looks like there is a myriad of different tools that provinces can use — the tools that we use very early on to suppress the spread of COVID-19. So we would expect other provinces to do that as well.

If we were to redirect a proportion of our vaccines, that would be a drop in the bucket for a province the size of Ontario or others.

If there are some other supplies or resources that they require, I think we’d be more flexible in that. And I think Nova Scotia would actually volunteer to step up to help. We don’t have an official ask of any type right now, but the volume of vaccines that are distributed that we’re committed to is what we expect to get in this province.

Pressed on the issue, Rankin continued:

There are other tools that can be used. Nova Scotians earlier on stayed home. There are other restrictions that can be put in place. The vaccine rollout is to get to population immunity, which is our objective as well. And so we have to keep our minds on variants that can come into this province very quickly. And we need to stay on track with our vaccine rollout. So we’ll step up and help in other ways. But the volume that’s been committed to to our provinces is what we expect next week.

The analogy that’s used, and it’s actually a good one, is that you’re fighting a house fire. A vaccine is actually not the equivalent of a firehose. A vaccine is not what gets the house fire under control. You use all your other public health measures. The vaccine is more like building fire safety in every house on the street. So actually, from my thinking, it actually doesn’t make sense to reallocate vaccine because what that would do is put other parts of the country at risk with this substantive risk of the variant. You do not use a vaccine in any use that is not intended for. The other provinces need to use other public health measures and all of us have the ability to vaccinate our population over time to build that layer of the equivalent of the fire safety for every house on the block.

Otherwise, six new cases of COVID-19 are announced in Nova Scotia today (Friday, April 16) — three in Nova Scotia Health’s Eastern Zone, two in the Northern Zone, and one in the Western Zone.

Five of the cases are related to travel outside Atlantic Canada; the sixth, in the Central Zone, is a close contact of a previously announced case.

There are now 42 known active cases in the province. Three people are in hospital with the disease, but not in ICU.

One case is not assigned to a Community Health Network, but it is in the Central Zone.