You are here: Home / Environment / Waiting 5 days for a COVID test and result for her child is “completely unacceptable,” says Dartmouth mom 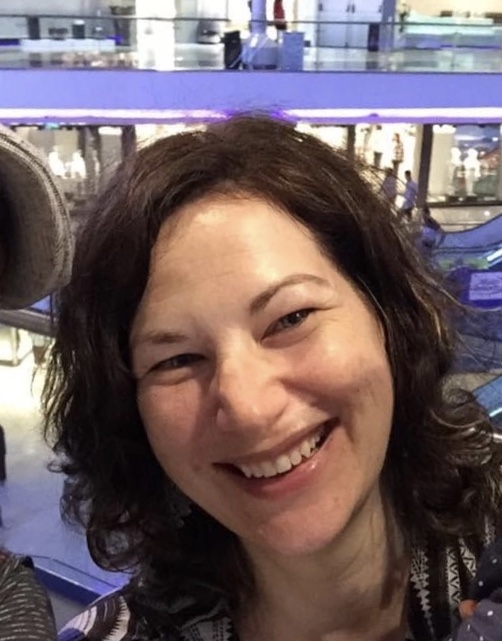 A Dartmouth mother who had to take five days off work because of the wait time for her toddler’s COVID-19 testing says the situation is “completely unacceptable” and she fears the worst when school starts.

Kim MacInnis is a mother of two. Her four-and-a-half-year-old daughter starts Primary this year, and her son turns two in November. She works from home, and her son has been attending daycare since the beginning of August.

Last Sunday night he developed a runny nose, a symptom on Public Health’s COVID-19 list. Knowing he couldn’t return to daycare without a negative test, she called 811 at 7am Monday morning.

“I was told when I called that it could take up to three days for the test and then another two days to get the results…they said that was the standard,” MacInnis said in an interview.

“I thought maybe this is the worst case scenario…I was still trying to be a bit positive about it but then the day went by and there was no call and I called them back in the evening (Monday) and they reiterated the same — three days for the test, two days for results.”

MacInnis said she was also told that because of her son’s age, testing would be done at the IWK Health Centre.

“I said I’d be willing to go other places where the wait wouldn’t be so long, but with 811 they said that decision isn’t with them, that they basically take the information and send it to public health,” she said.

“I’d been thinking that I would be able to have the test that day, have my results by Tuesday and he would be back in daycare by Wednesday.”

She said that instead, she began a frustrating waiting game. MacInnis received a call around noon on Tuesday — 29 hours after her 811 call — advising her that her son’s appointment was going to be at the IWK Health Centre on Wednesday at 3pm.

“During the time while we’re waiting for the test and the results, he’s obligated to isolate, can’t go to daycare. I work from home, but when my kids are here I cannot work. So that’s five days of work that I’m losing this week,” she said.

“I was just incredibly angry about the situation because I think it’s completely unacceptable to have to wait for five days for testing and results.”

‘I just envision this awful cycle’

As of Thursday afternoon, she still hadn’t received the results of her son’s test. She’s quite certain he has a run of the mill cold and is confident the test will be negative.

While she described herself as extremely lucky to have a very understanding employer, she worries about what this might mean for other people and for her own limited time off if this scenario repeats itself throughout the fall and winter. She described herself as “not terribly anxious” about COVID-19 affecting her or her children.

But what does concern her is managing both her work and children “when systems aren’t in place to do that.” She doesn’t have many local connections to help, and believes she’s like most parents who can’t afford to hire someone to watch her children while she works from home.

“I just envision this awful cycle of like my kid waits for a week for the test, he’s healthy, he goes back for a week, he gets sick, he’s off for a week, he comes back, and I’m just really worried,” she said.

“My anxiety was not really high about school or daycare. I thought everything was very manageable until this week started and this experience with the testing. Not being able to have even a 48-hour turnaround from test to result I think is completely, completely inexcusable and unacceptable.”

MacInnis stressed that everyone she dealt with throughout the process was empathetic and professional. The only issue that concerns her is the turnaround time.

She points to a friend living in Calgary who scheduled an appointment for COVID-19 testing and received results within 36 hours. Another who lives in Ottawa was able to access a testing centre with no appointment, and despite waiting three hours to get the test had a same-day result.

MacInnis said Nova Scotians shouldn’t accept a five- or six-day wait. She worries about what’s going to happen when children return to school — swapping the usual germs back and forth — causing symptoms that require COVID-19 testing.

“I’d like to see a guaranteed maximum 48-hour turnaround from testing to result so that if one of my kids does get sick, it’s a two-day delay and not a five-day delay,” she said. “I think that’s very, very reasonable where in so many other jurisdictions you can get results the same day.”

The Halifax Examiner asked Nova Scotia Health and the IWK Health Centre about COVID-19 testing and wait times. The following responses were provided by a spokesperson via email:

Q: What are the standard turnaround times for COVID-19 testing?

A: Our turnaround goal for testing is 24 hours from the time of collection, however samples being transported from remote sites may result in longer turnaround times.

Q: So, from the time you’re told you need a test to when you’re actually tested?

A: Our working target is to have an appointment booked and swab collected within 24-48 hours of referral for a symptomatic person or their contacts.* This depends on both the operating hours of the primary assessment centre (PAC) and its capacity, which can vary across the province. *(The contacts are not necessarily of symptomatic people. They are contacts of confirmed positive cases identified through the public health contact tracing process).

Q: How long should patients expect to wait before receiving the results?

A: Following testing, it can happen fairly quickly if an email is provided, but it may take up to 48 to 72 hours to receive a test result.

Q: Is testing prioritized in any way?

A: We have clinical guidelines that define symptoms along with other criteria to determine whether a test is required. We also have a prioritization process for urgent patient cases who require immediate care, such as an organ transplant or surgery, for example.

Q: If a child is exhibiting a runny nose, would he or she be lower down the list than someone who might be exhibiting fever, sore throat, and other symptoms more likely indicative of COVID-19? Or is it on a first-come, first-served basis in that once you’re in the system, you’re on a list that is then followed?

A: We follow the same clinical guidelines and criteria mentioned above to first determine whether a test is required. We cannot prioritize the cases you’ve described at this time. It is more efficient to follow a first-in-first-out process to maximize turnaround times overall.

Q: Parents whose young children needed to be tested say they were told children’s tests must be done at the IWK Health Centre. What is the rationale for this, and what’s the age range? How old must children be before they can get tested at one of the other facilities and not be required to go to the IWK?

A: Testing of children can and does occur through any primary assessment centre (PAC). The IWK Health Centre does operate a PAC in the Central Zone and works closely with Nova Scotia Health on testing related services.

Q: Is there additional capacity within the system to accommodate an increase in testing of children as they get back to school and experience run of the mill colds and flus in schools and daycares that bring about COVID-19 symptoms that require testing? What plans are in place to deal with that should it happen? Has home testing ever been a consideration?

A: Our labs can currently can perform up to 1500 tests with a surge capacity of 2500; we are working towards processing 2500 per day. Self-testing is not being considered at this point as there are not testing methods approved for this. Nova Scotia Health has focused efforts to bring on and train unregulated providers to work closely with regulated health care teams as a way to increase testing capacity.