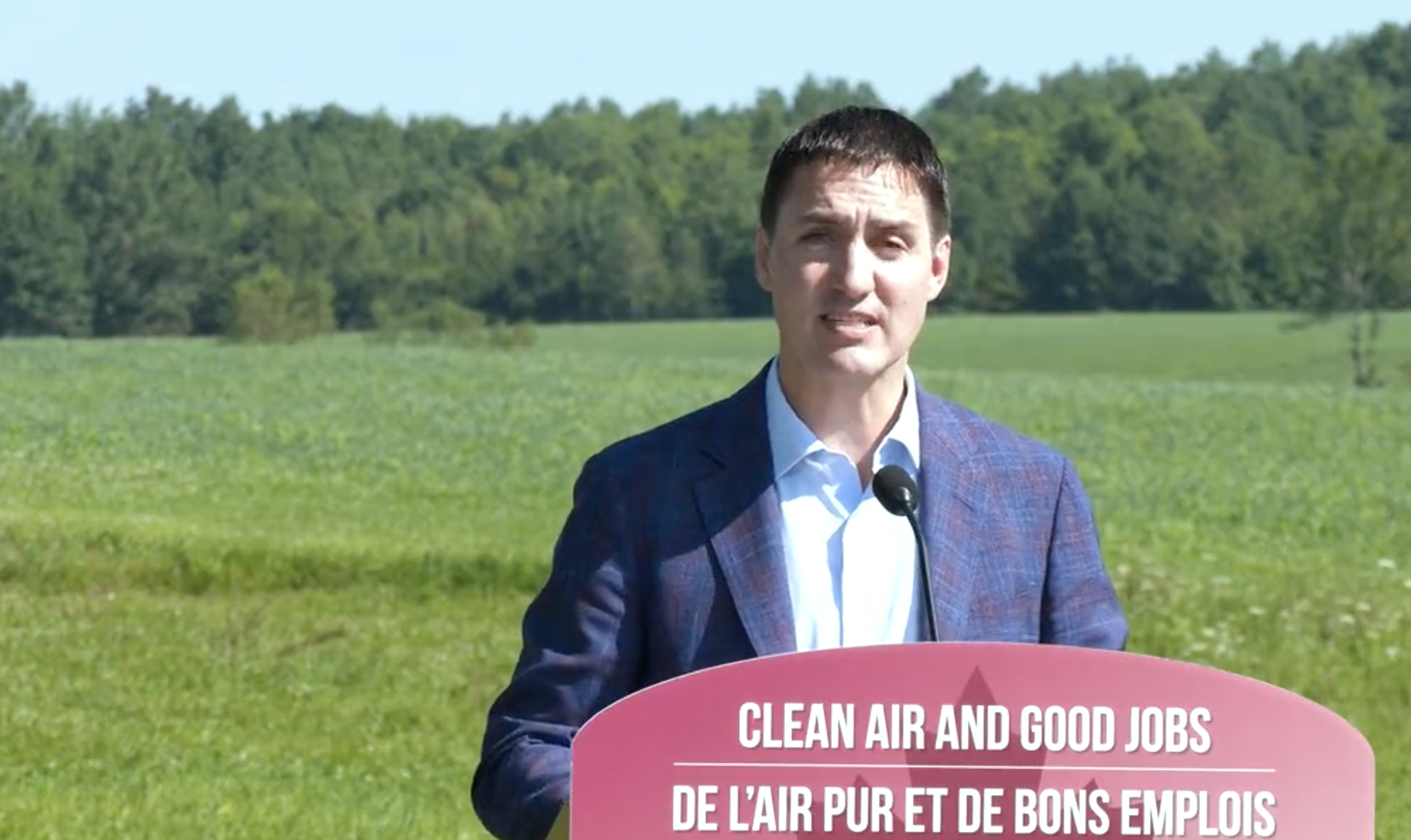 The Trudeau announcement was made at Hardwood Lands in front of a 6MW wind farm operated by the Glooscap First Nation and SWEB Developments.

Another $130 million will be spent to install battery storage sites at Waverley, Bridgewater, Waterville, and Onslow so that excess renewable energy generated by the wind and the sun can be released to the grid as needed.

“These batteries will help provide reliable electricity to homes and businesses and support the closure of coal-fired power plants, delivering cleaner air for Nova Scotians. With this investment, Nova Scotia will have one of the largest battery systems in North America,”, said Trudeau.

Both sets of projects are being carried out “in partnership” with the Glooscap, Sipkne’katik, and Annapolis First Nations, which are receiving financing through the federal Smart Renewables and Electrification Pathways program.

The projects appear to be competing with private developers who are responding to a 350 MW procurement issued by the provincial government earlier this spring for more renewable energy. Glooscap and SWEB Developments are working on a 30-80 MW wind farm to go into production by 2025.

Trudeau used the occasion to reference the proposed Atlantic Loop, which could bring hydroelectricity from Quebec to the Maritimes, even though Ottawa has yet to make any financial commitment and the price tag for the project is expected to come in well over $5 billion.

“This new funding, in combination with the Atlantic Loop, will build a more integrated clean energy grid in Nova Scotia and support our ambitious and achievable climate goals,” said Trudeau.

Nova Scotia has made a request to the federal government for a $2 billion contribution to the Atlantic Loop, a project under active discussion for the past five years.

The federal government announced earlier this year a goal of reaching net zero electricity emissions by 2035.

Nova Scotia has committed to generating 80% of its electricity from renewable sources by 2030; in 2021 that percentage hovered around 30%, with energy from Muskrat Falls expected to reduce dependency on coal.

“We’re thrilled by this announcement. This is a significant amount of funding for clean energy in Nova Scotia that will flow back to ratepayers and help ensure that Indigenous communities benefit through majority ownership of the projects,” said Kelsey Lane, senior climate policy coordinator with the Ecology Action Centre (EAC). “However, we would have liked to see better alignment with provincial processes and were very disappointed by the Prime Minister’s supportive comments regarding LNG projects in Nova Scotia.”

After the announcement, in response to a media question, Trudeau spoke favourably of the development of LNG infrastructure as a means of supporting Ukraine and Germany, which have been cut off from Russian supplies. Trudeau said that the infrastructure — owned by Repsol in Saint John, N.B. and Pieridae Energy in Goldboro, N.S. — could be converted to hydrogen energy in the future. The Ecology Action Centre takes issue with this position.

“The infrastructure proposed will not be completed in time to help mitigate the energy crisis in Europe, and so it’s disheartening to see government parroting oil and gas messaging that takes advantage of the situation in Ukraine,” said Lane.

“We can’t keep expanding fossil fuel use. Not now, and especially not in the five or more years it will take to complete these projects. All this will do is take investments away from real climate solutions that will protect our communities and our families.”

Bear Head, a proposed site on the Strait of Canso for an LNG terminal, was recently sold to a new developer. And Pieridae Energy developer Alfred Sorenson has indicated to other media he is in discussion with the federal government about reviving a shelved $13 billion-plus project that would pipe natural gas from Western Canada to Goldboro, Nova Scotia, where it would be liquefied and shipped out on tanker ships. Pieridae had a tentative long-term sale agreement with a German customer, Uniper, but that agreement was never formalized.