You are here: Home / Environment / Sowing seeds of sustainability in Nova Scotia 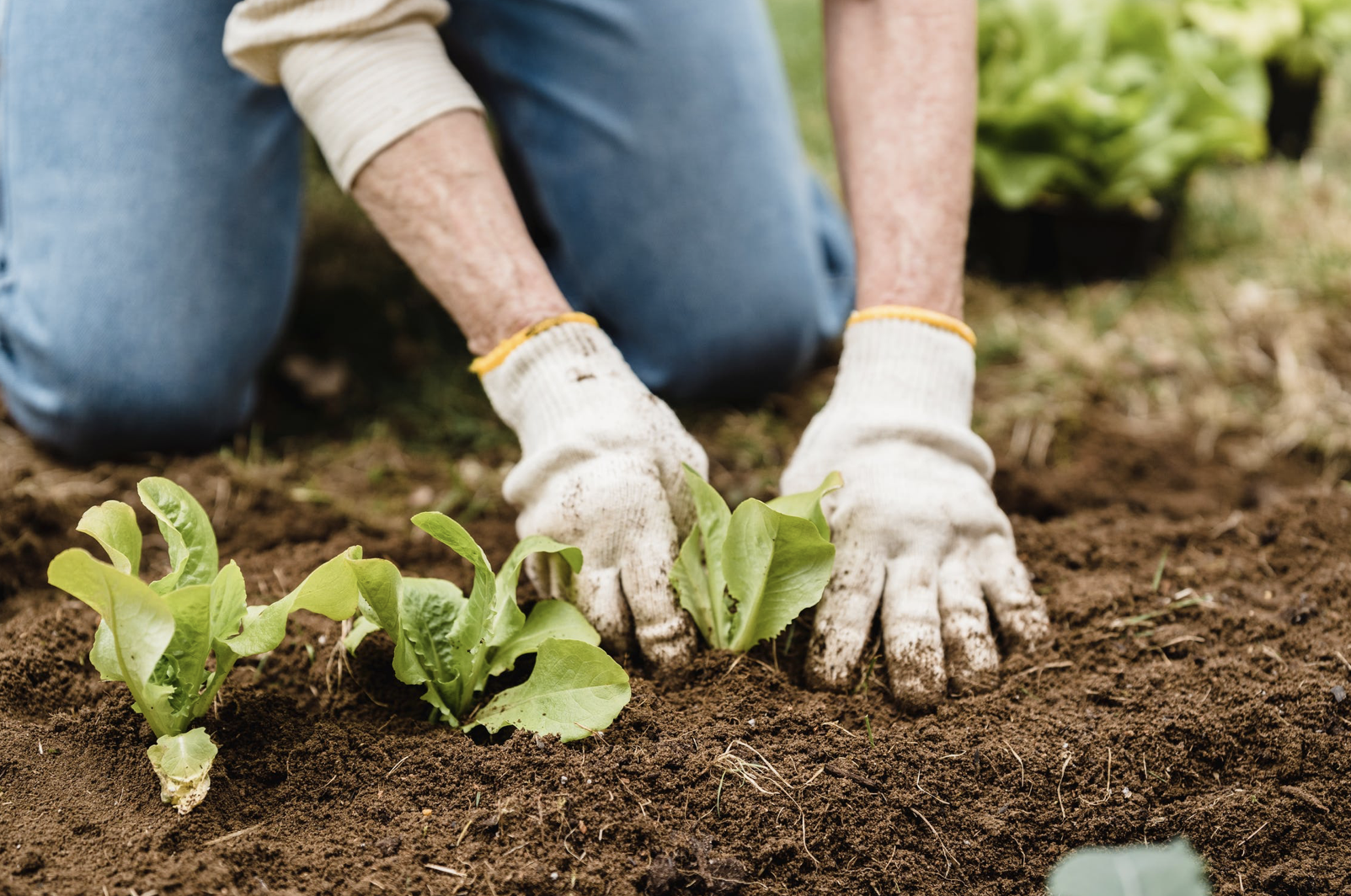 More Canadians are trying to grow their own vegetables and fruit amid escalating food costs, but very few likely think much about the origins of the seeds they’re sowing.

A recently launched initiative through the national non-profit SeedChange aims to change that.

Throughout the summer, the organization is hosting seed demonstration sites across the country to help raise awareness about the importance of local seeds and their role in ensuring a more affordable, secure, and sustainable food supply.

“Why local seeds? It’s the same as why local food. Many (people) will be familiar with the importance of buying local food and supporting local farmers,” said Steph Hughes, Atlantic Canada program manager, The Bauta Family Initiative on Canadian Seed Security at SeedChange.

“Our work tries to deepen that by starting with seed. Because if farmers don’t have access to locally adapted seed, then they can’t grow truly local food.” 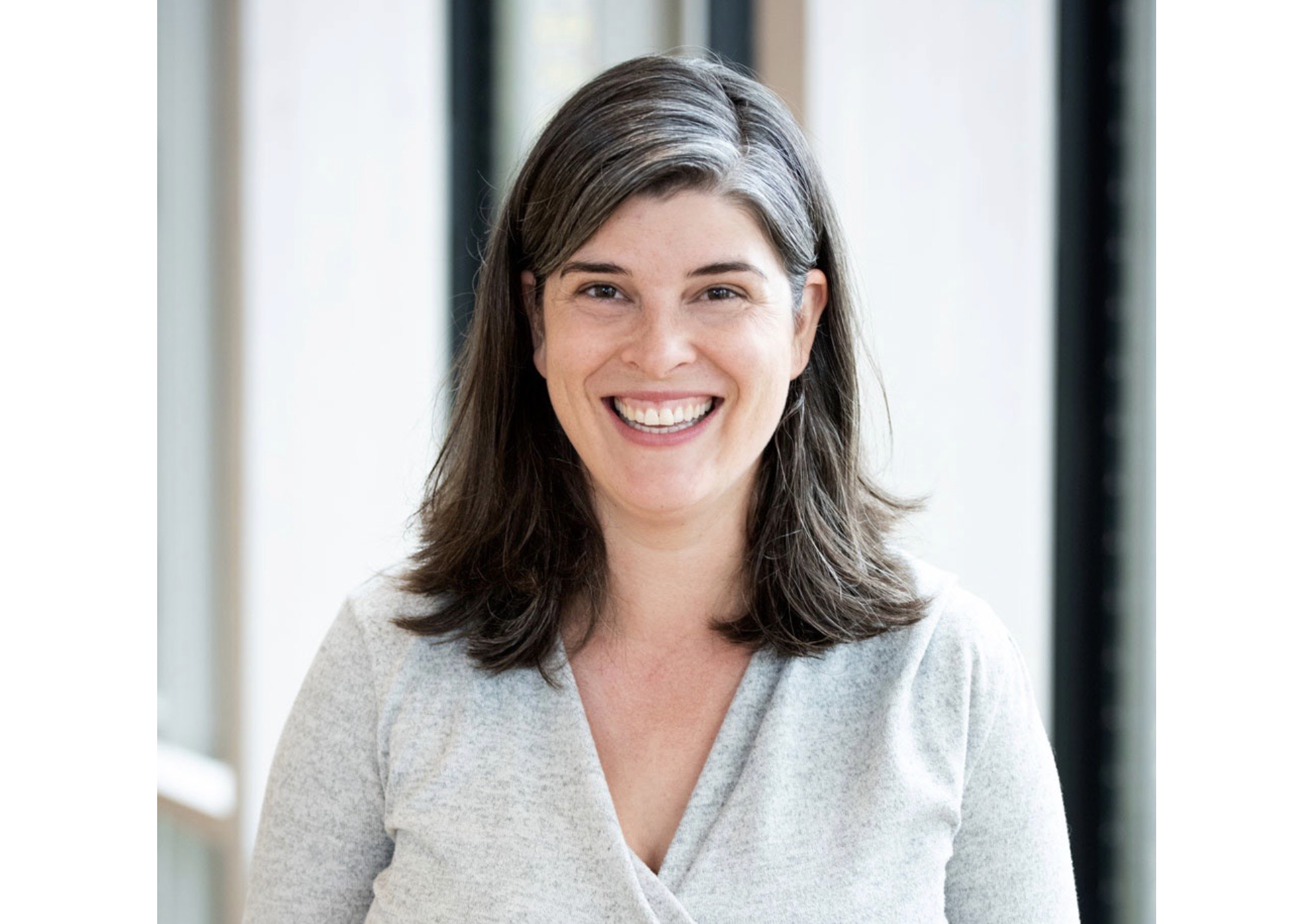 “If we rely on the big companies to get all of our seed, they’re breeding seed for specific audiences,” Hughes said.

She said because Atlantic Canada doesn’t have the number of farmers or a consistent enough climate to entice American or international seed breeders to ensure seeds specifically adapted to Atlantic Canada are included in seed catalogues, we must do it ourselves.

By buying local seeds, consumers support the local farmers who breed them and in return get seeds that grow into resilient plants. Hughes said many farmers in Atlantic Canada (and across the country) are growing seeds that are specifically adapted to this region.

“Many gardeners will go down to the local hardware store chain and pick up their seeds off the rack almost as an afterthought, you know, ‘time to get the peas in,’ and that is most definitely international commodity seed,” Hughes said.

“This means it was grown very, very far afield.”

Backbone of this work is saving biodiversity

Hughes stressed that while she doesn’t criticize farmers for using and relying on those seeds, it is a more vulnerable form of agriculture and those farmers are at greater risk in the face of international crises and other supply chain disruptions.

SeedChange is using $750,000 in federal funding from Agriculture and Agri-Food Canada to showcase Canadian grown, farmer-bred local seeds at demonstration sites across the country this summer as part of its mission to raise awareness of their importance.

“We want to showcase the work that farmers are doing to breed and adapt seeds because they’re doing it all on their own,” Hughes said.

“The backbone of this work is really saving biodiversity and these are the kinds of varieties that are going to have just that kind of resilience and that adaptation, so we want to put them in the ground, showcase them, and show people what they’re capable of.”

In some cases, the seed sites will also serve as trials for SeedChange to collect performance data. They’ll provide that information to the farmer who bred the seed, but can also use it to let market farmers know how it compares to the industry standard.

In Atlantic Canada, seeds from 13 farms will be among those showcased at two sites— Hayes Farm in Fredericton, NB and Legacy Garden in Charlottetown, PEI — later this summer and into the early fall.

One of the Nova Scotia farmers whose seeds will be showcased is Chris Sanford, co-owner of Yonder Hill Farm in Laconia outside of Bridgewater. Their farm has more than 200 seed varieties and they’re featuring five as part of the SeedChange demonstrations. 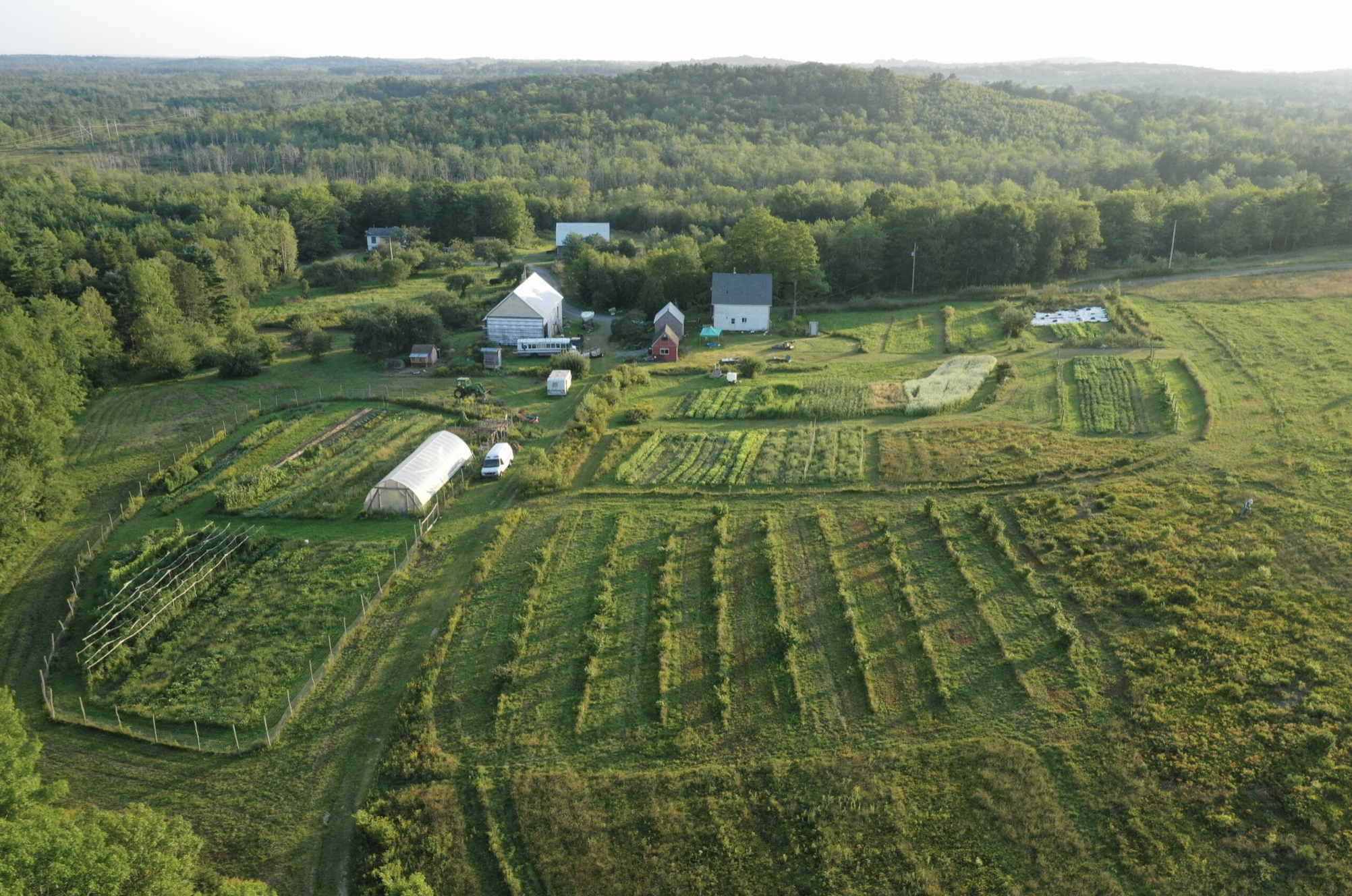 The Tancook Island cabbage was the original variety grown on the island brought by German settlers in the 1700s. Sanford said some older residents were keeping the variety alive and she managed to get a few seeds to grow what she describes as a “remarkable” cabbage.

“It makes the best sauerkraut. It just stays really nice and crispy and just has really nice flavour,” Sanford said in an interview. “We started growing it because of the historic and regional importance, but then we fell in love with it.” 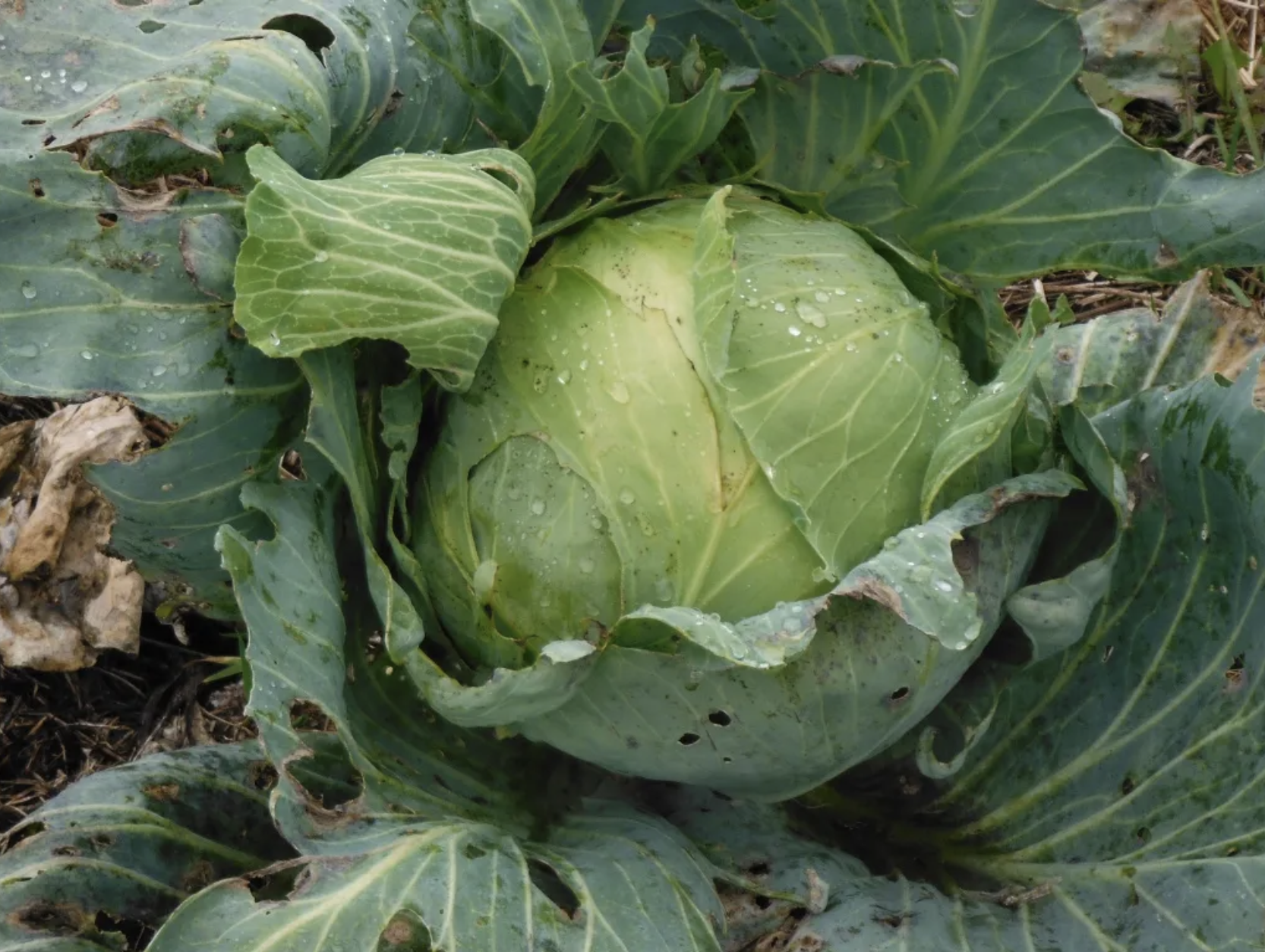 As for the tomato, Sanford said it has “quite a following locally.” That South Shore heirloom variety was named after the Wentzell family. They saved the seed from the very first fruit that ripened every year. Sanford said over the course of more than 50 years of growing the tomato, it ripens shortly after cherry tomatoes, which is unusual for a beefsteak variety. 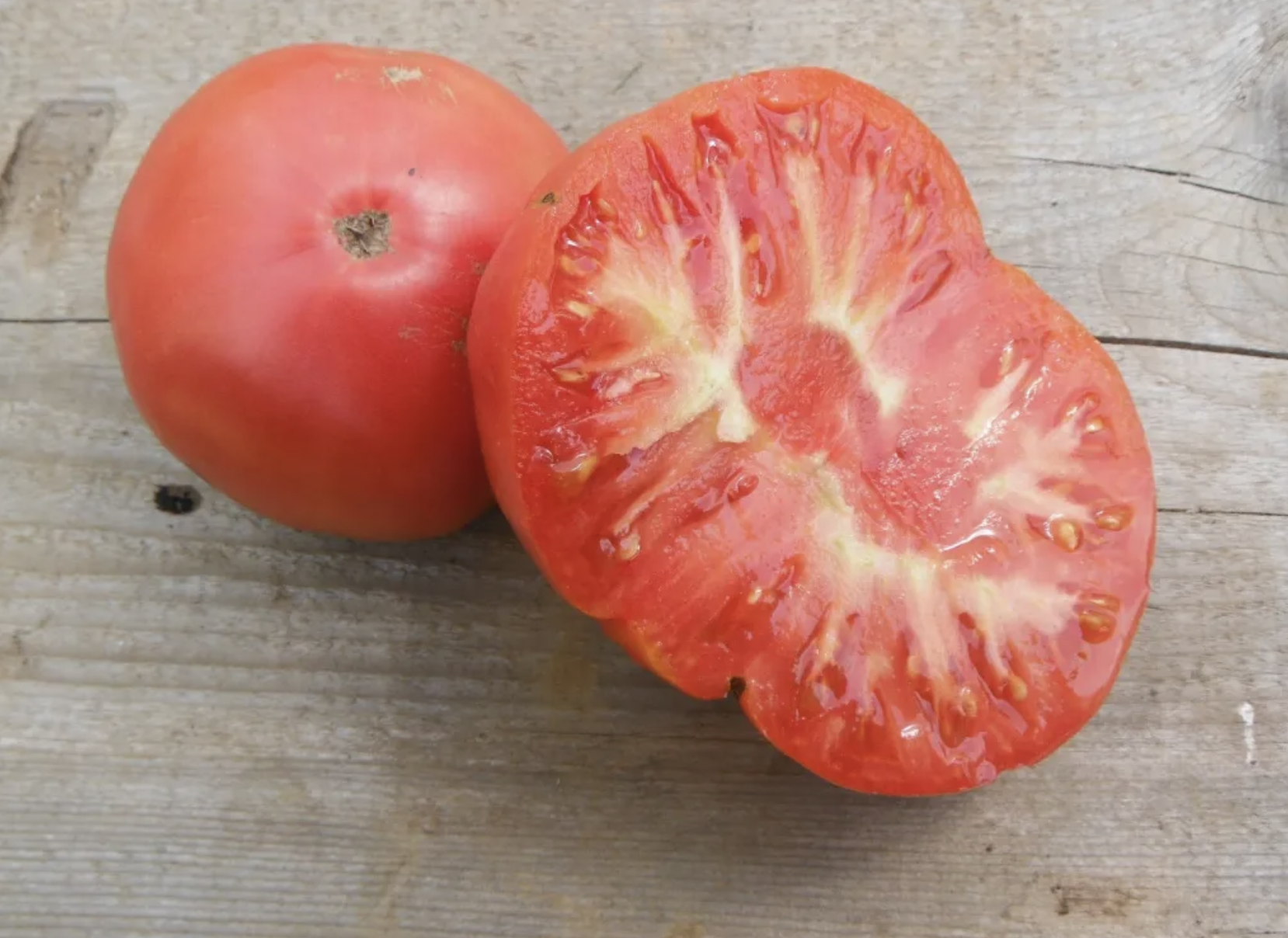 “It’s (local seed preservation) really important work because we as individual growers aren’t going to be around forever, and that’s part of the whole problem and why we’ve lost the vast percentage of diversity of crop varieties in the last hundred years or so,” Sanford said.

“When people stop doing it, then they are gone. I think it’s important to get not only a framework for passing on these varieties and collecting them, but also creating a demand for them because if there’s a demand for the variety, then more people will produce it.”

Sanford said while they’ve been farming for 20 years and were focused on seed saving from the beginning, they only started producing and selling local seeds commercially about 12 years ago.

“I have this term, illusion of abundance. It seems like there are seeds available all over the place from everywhere, but when it boils down to it they’re really relying on the same sources and it’s not actually as abundant as it looks,” Sanford said.

“I think that’s a big, big thing to make people aware of.”

‘Little gene pools to serve us in an uncertain future’

Sanford said the global seed supply is quite centralized and consumers are often surprised to learn about the importance of local seeds and how they’re genetically adapted to backyard growing conditions here in Nova Scotia. 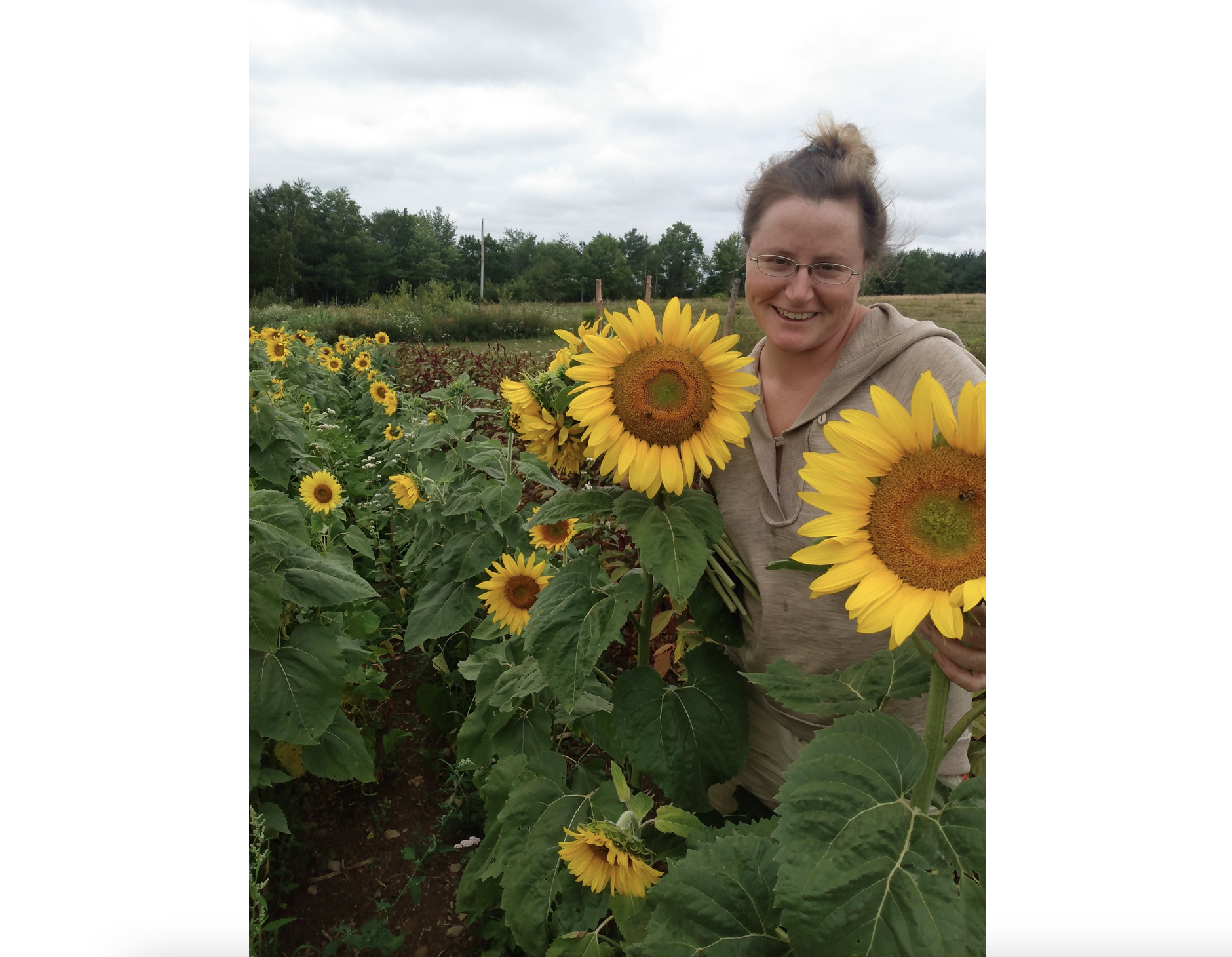 “We’ve learned the more we are doing seed production how centralized it is. There might be only one or two actual producers in the global field of a certain variety. That’s not a lot of (genetic) diversity, so the more smaller producers you have, those are like little gene pools that are then going to serve us in the uncertain future.”

While consumers can go to the grocery store, grab a bag of apples and see the country of origin, Sanford said that kind of transparency doesn’t exist for seeds. There’s no labelling requirement for their origin, and often the only way for consumers to know is to ask the seed seller.

“Seeds are the foundation for our food supply and they’re not a static thing… The seeds are alive and they’ll die in storage. They need to be constantly grown,” Sanford said.

“Even when we’re growing and saving seeds from these heirloom varieties and they’re adapting to our growing conditions, and even some of our newer varieties, they’re the heirlooms of tomorrow, basically.”

Sanford said it’s essential to keep growing and producing local seeds in Nova Scotia so more varieties aren’t lost. She said in the early 1900s, most Nova Scotia farmers would’ve been producing their own seed for the food they sold. She marvels at the thought of the varieties that existed.

“You couldn’t rely on some seed catalogue to order in your favourite varieties, you had to produce your own seed or at least be partnering locally,” she said.

“It is a really important historical piece… We can lament what’s been lost, but really make an effort not to lose anymore.”

SeedChange has a list of Canadian seed companies, some of which produce local seeds — including 13 in Nova Scotia — that can be found here.