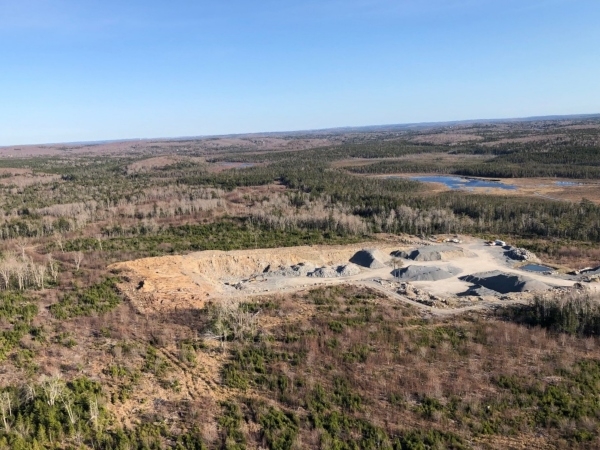 Residents in Mount Uniacke say they are concerned about a proposed expansion of a four-hectare local quarry they never wanted in their community.

Stephen Marsh has lived in Mount Uniacke for more than 50 years, and was one of the residents who opposed the construction of original quarry back in 2015. The quarry, which is owned by Northumberland Capital Corporation Inc. and produces aggregate for construction and infrastructure projects, got the go-ahead the same year. Marsh said the community appealed that decision, but lost the appeal

Tonight at 6pm, NCCI is hosting an open house at the fire hall in Mount Uniacke as part of the provincial environmental assessment process for the proposed expansion project. Marsh said he and other residents plan on attending to express their concerns about the proposed expansion. If the expansion is approved, the quarry will increase in size from its current four hectares to 40 hectares.

Marsh said the concerns the community had about the quarry in 2015 included how it would affect a number of watersheds in the area, and residents’ well water. He said those concerns remain about the proposed expansion.

“That was a major issue and remains that way,” Marsh said. “Our community at large doesn’t want to have a massive 10-times quarry expansion, which is being proposed from the current one. We didn’t want the first one, if truth be told.”

“A massive enlargement like this, from four hectares to 40, it’s enormous,” Marsh said. “The spinoff problems are only being thought about now.”

Marsh said there are other concerns about the proposed expansion, including excessive noise, dust, increased truck traffic in the area, and through the community close to schools and a skate park. Marsh said the community is also concerned about the damages to the local roads. 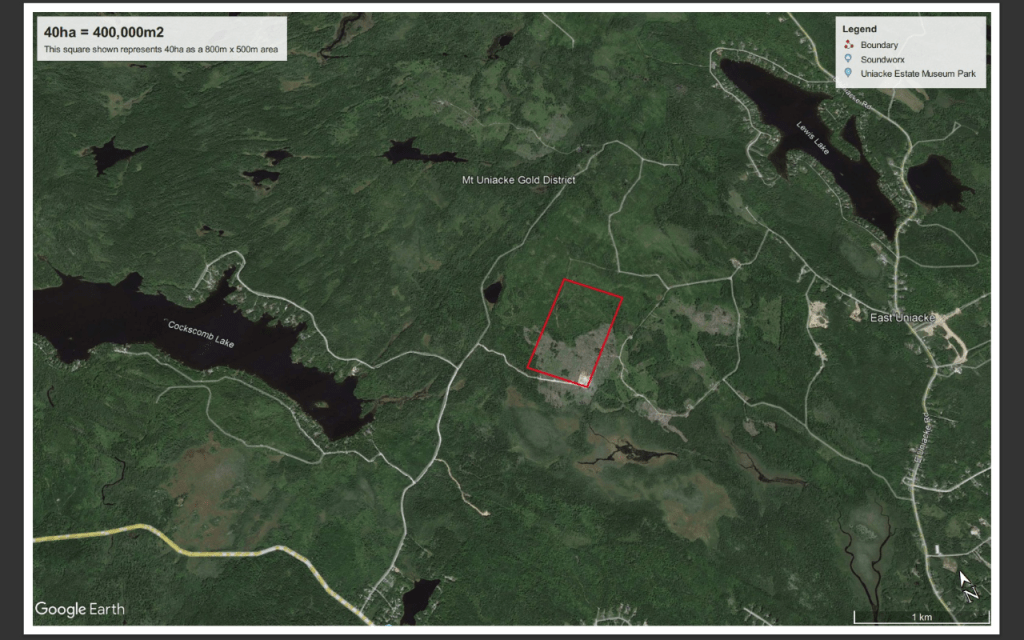 A red outline showing the potential size of the proposed quarry expansion. The current quarry is a small, white square in the bottom right-hand corner of the red box. Photo: Stephen Marsh

“As far as we know, the Mount Uniacke public wasn’t given notice in a clear and easy manner,” Marsh said.  “They gave us the two-week window, which is the minimum they’re allowed to. If you’re not trying to hide something, then why aren’t you giving the public ample notice? They just did the bare minimum.”

“We asked what their intentions were yearly, from 2015 on, and it was always there never was any intention to grow bigger than what they already were,” Marsh said.

Damon Conrad, coordinator with the Sackville Rivers Association, is a member of the CLC. He said he’s heard little publicly about the proposed quarry expansion, and reached out to NCCI in late April to get more details, but hasn’t heard back.

Conrad said the association has always been concerned about how the quarry could potentially contaminate the Sackville River.

“The quarry is actually right at the top of the Sackville River watershed, just above the headwaters wetland,” Conrad said. “Our concern is overland flow. Any overland flow would be runoff, silt, or anything else in the runoff that may be coming from the quarry that could make it into the river or the headwater wetland.”

Conrad, who will be at tonight’s open house, said the association is also concerned about the cutting of trees, which could increase the runoff. He said the association can’t say if the current quarry has affected the river because they don’t have the capabilities to do a lot of testing.

“There is a possibility for impacts, or further impacts, with an expansion of the quarry, but I don’t know enough about the proposed expansion to comment,” he said.

The Halifax Examiner reached out to Andrew Rodgers, CEO of NCCI, to ask about the proposed quarry expansion, but didn’t get a response. We will share an update here when we get back.

Marsh said he wants to know why the quarry is even asking for an expansion.

“It’s of no benefit to the local community,” Marsh said. “These trucks don’t stop here and buy gas or groceries. There’s no substantial monetary gain to business people up here.

The open house about the proposed quarry expansion is tonight at 6pm at the fire hall in Mount Uniacke.