You are here: Home / Environment / Mi’kmaw opposition to the Goldboro LNG project is growing

An Albertan energy company hoping to build a giant liquified natural gas (LNG) plant in Nova Scotia is appealing to Canadians’ desire for reconciliation with First Nations to sell the project — but some Mi’kmaq aren’t buying the argument.

Pieridae Energy is asking for nearly $1 billion in financial support from the Canadian government for its proposed Goldboro LNG plant, which, if built, will make it impossible for Nova Scotia greenhouse gas reduction targets, at least without using the questionable calculus of GNG “offsets” and the unproven science of carbon storage.

See related article: “Is the Canadian government about to spend nearly a billion dollars on a dubious, greenhouse-gas-target-busting natural gas scheme?“

In its sell to the government, Pieridae devoted two of the nine slides in its December 2020 PowerPoint presentation to its “partnerships with First Nations,” and also includes the word “Reconciliation” in the presentation’s headline. 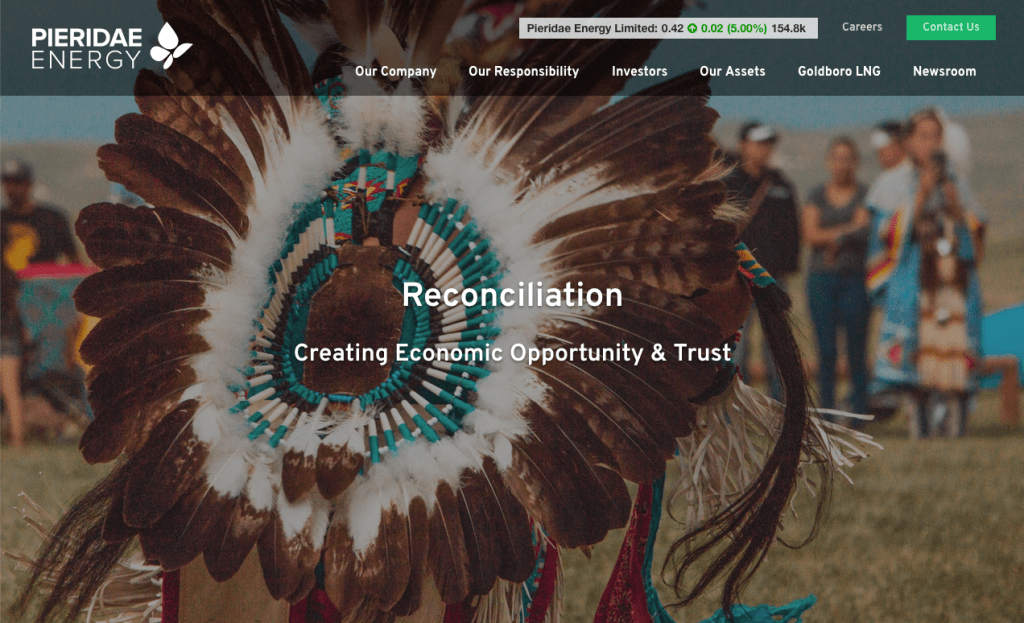 However, in recent weeks, several Mi’kmaw women have been posting critical comments on Facebook about Mi’kmaw involvement in the Goldboro LNG project, on which they say they were neither consulted nor informed.

Mi’kmaw involvement with Pieridae began in 2019 when, according to the company’s website, it signed a “benefits agreement” with the 13 Chiefs of the Assembly of Nova Scotia Mi’kmaq Chiefs.

Then on October 1, 2020, a Black Diamond Group press release announced that the Group:

… and Wskijnu’k Mtmo’taqnuow Agency Ltd (“WMA”) a corporate body wholly owned by the 13 Mi’kmaw communities in Nova Scotia, working together in partnership, have received a letter of award from the proponents of the Goldboro LNG Facility confirming that the Partnership has been selected to exclusively negotiate the contract providing for the construction of a lodge and associated amenities during the four year construction phase of the Goldboro LNG Facility proposed for Guysborough County, Nova Scotia. The estimated value of the contract is $720 million. 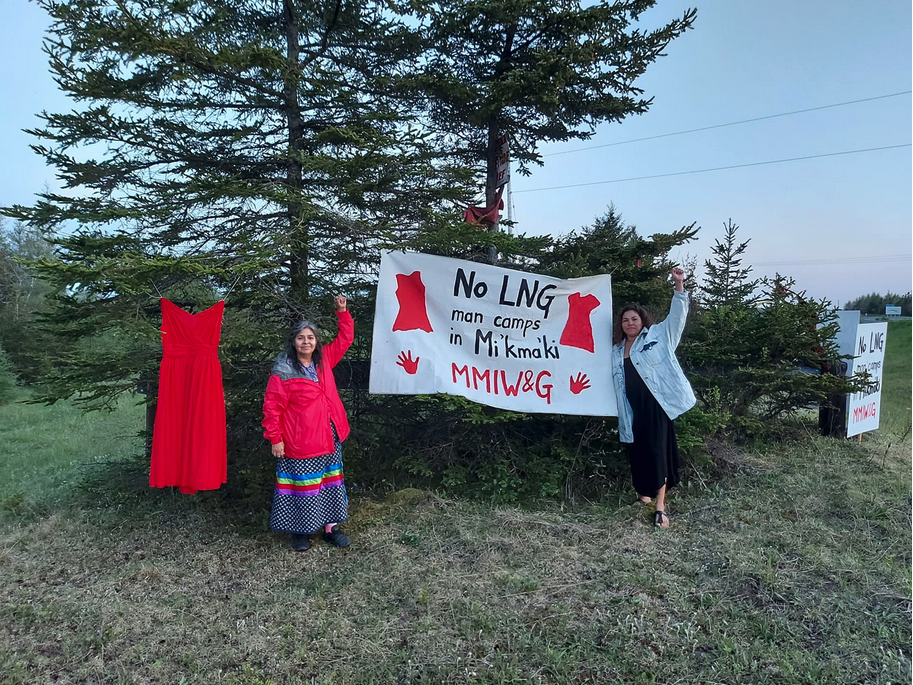 Ducie Howe is a Mi’kmaq rights and titleholder of unceded Mi’kma’ki territory, water protector, and  activist from Sipekne’katik First Nation. In a Facebook message to the Examiner, she explained her concerns about energy projects that result in “man camps,” which are so dangerous for Indigenous women and girls:

The MMIW&G [Missing and Murdered Indigenous Women and Girls] rates are co-related to Industries that come into another territory to rape and murder and desecrate the lands and Waters. Man camps along with environmental racism breed sexualization and violence against our people. What they do to the land and Waters they do to our Woman; we are one and the same.

Temporary jobs or profit over lives are not worth it, especially considering that the rates of crime triple in small towns that have a sudden influx of 5000 workers, and that there has been and is a lack of will to investigate/ prosecute or find the MMIW&G. This I consider Canada’s genocidal policy still in effect!

I was not consulted about this [Goldboro] LNG man camp coming into our unceded traditional territory of Mi’kma’ki. Politicians like Bernadette Jordan must be removed from office, if she can’t even read the Marshall Decision in full how will she understand the MMIW&G final report and recommendations. Her backroom dealing with LNG, without consultation, is against the constitutional laws and her fiduciary duty to our Treaties as rights and titleholders of this territory.

Howe is certainly not alone in her concerns. On Thursday, May 27, Sipekne’katik Chief Mike Sack announced that he had made a motion at a Chiefs’ meeting, “to pull away from this project for the safety of our women.”

“Kmkno [Mi’kmaq Rights Initiative] has overruled me,” wrote Sack on his Facebook page. “Kmkno won’t stop until we have nothing left. Talk to your Chief and Council.”