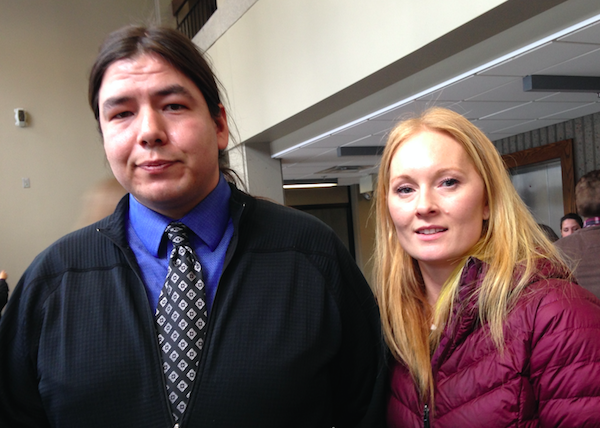 Justice Gerald Moir has granted Alton Natural Gas Storage a temporary injunction to remove protestors who erected a permanent camp on the access road to the Shubenacadie River. The site is where the company intends to deposit brine from future development of underground salt caverns, so the company can store natural gas in the caverns.

The judge’s ruling means that two people who have been occupying the land since 2017 — Dale Poulette and Rachel Greenland-Smith — must move. The judge ordered they confine their public protest to a space offered by Alton.

Poulette and Greenland-Smith left court without speaking to reporters. Their lawyer James Gunvalsen-Klassen said his clients were “disappointed” by the decision.

Justice Moire said the fact Dale Poulette recorded and shared on social media threats he made to Alton manager Rob Turner, who was attempting to repair equipment to the pump house, proved the Mi’kmaw protestor had impeded access to the work site near Fort Ellis, owned by Alton.

At the same time as the ruling, about two dozen vocal opponents of the Alton project protested outside the courthouse.

The judge ruled that while Poulette could legitimately assert an aboriginal right to care for the river, no such title or right could be asserted over the land owned by Alton. Moir noted that the Donald Marshall, Jr. decision had established the right of Mi’kmaw individuals such as Poulette to fish and protect the water, but that decision did not apply to blocking people from access to their own property — in this case a pumphouse and equipment worth $3 million, which was damaged by flooding after a power outage.

Dates for a hearing on where a permanent injunction should be granted will be set on April 4.