You are here: Home / Environment / Hundreds march through Halifax to demand action on climate change 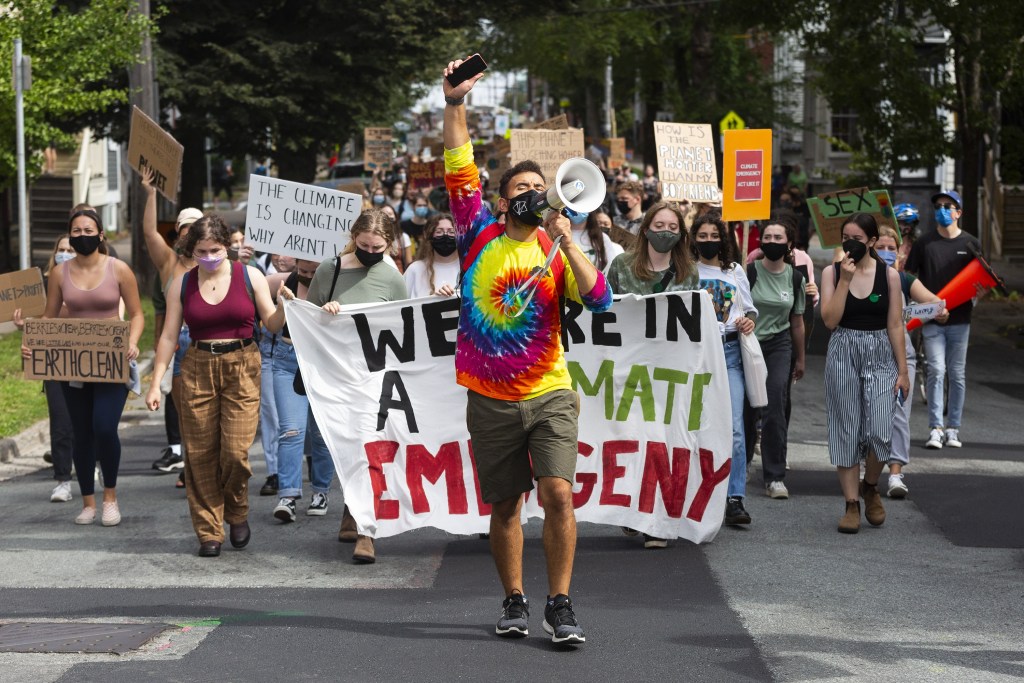 Hundreds of students and their supporters marched through the streets of Halifax on Friday calling for action on climate change.

The protesters were taking part in the Global Climate Strike, an international student-led protest first started by Swedish climate activist Greta Thunberg as Fridays for Future, in 2019.

In Halifax, the crowd marched from Victoria Park at South Park Street and Spring Garden Road, down to Province House on Hollis Street, to Nova Scotia Power headquarters on Lower Water Street, and then back to Victoria Park.

Though mostly made up of students, the crowd included older and younger Haligonians and at times, MLAs from Nova Scotia’s three main political parties. 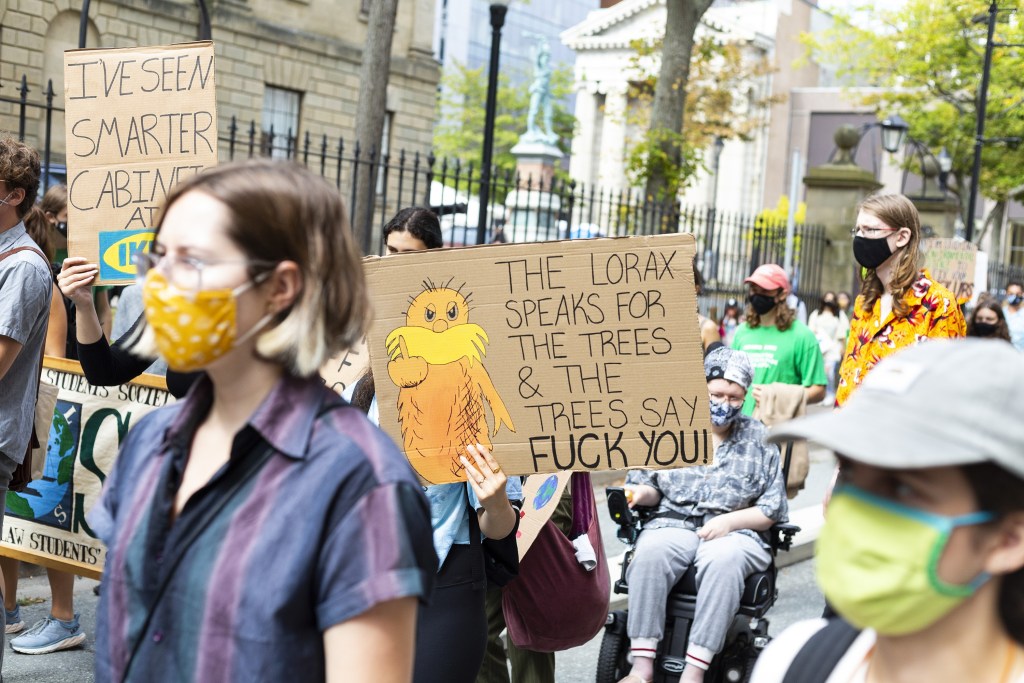 A protester holds a sign reading, “The Lorax speaks for the trees & the trees say fuck you!” at the School Strike for Climate Change in Halifax on Friday. — Photo: Zane Woodford

Along the way, they chanted:

No more coal, no more oil, keep your carbon in the soil!

Hey hey! Ho ho! Fossils fuels have got to go!

What do we want? Climate action! When do we want it? Now!

I am the Lorax, I speak for the trees! Pollute again and I’ll break your knees! 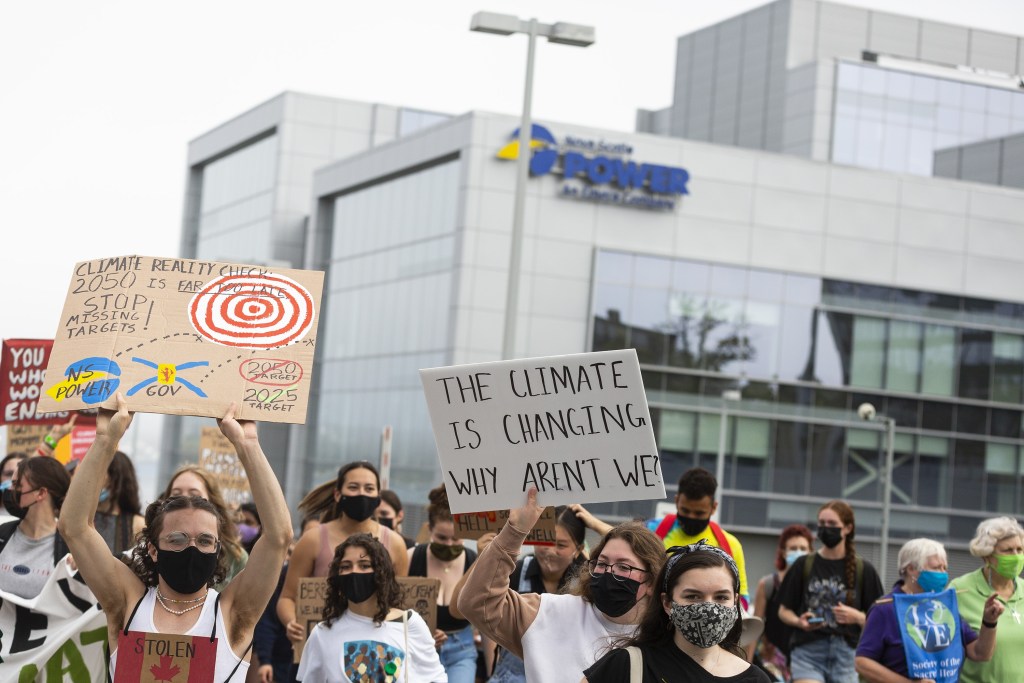 Lilian Hougan-Veenma, one of the organizers and a Grade 12 student at Citadel High School, said she got involved because she was experiencing increasing anxiety about climate change.

“It got to the point where it was like I couldn’t continue living my life in a way that was like happy and fulfilled unless I did something to organize,” Hougan-Veenma said in an interview at the strike on Friday. 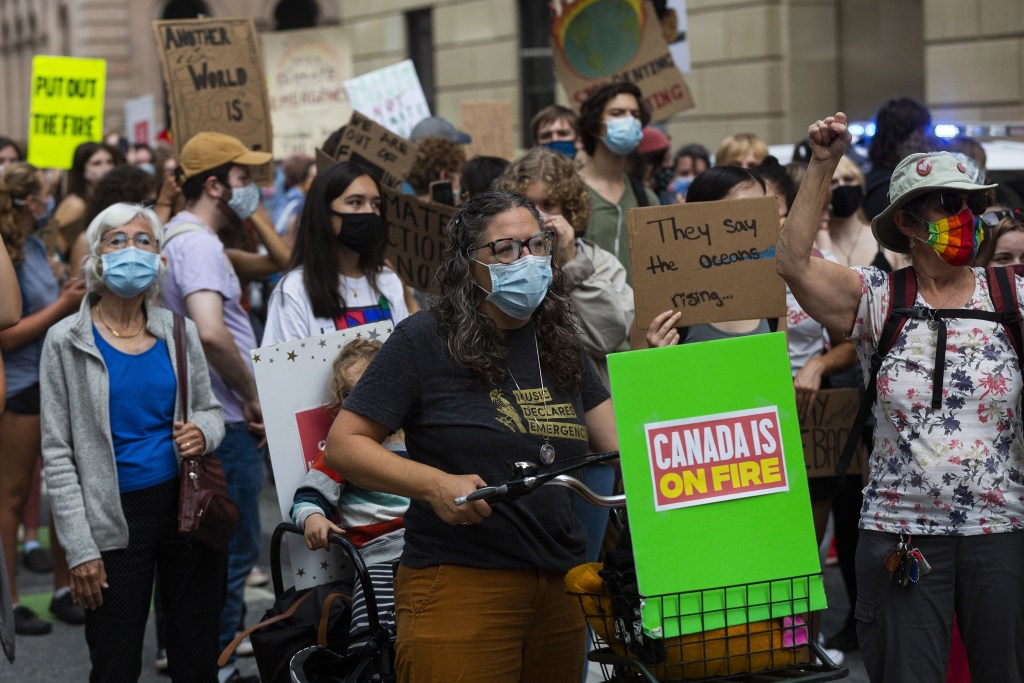 Protesters at the School Strike for Climate Change on Hollis Street on Friday. — Photo: Zane Woodford

The Intergovernmental Panel on Climate Change (IPCC) called in 2018 for a 45% reduction in greenhouse gas emissions (GHGs) from 2010 levels by 2030 to limit global warming to 1.5° C. 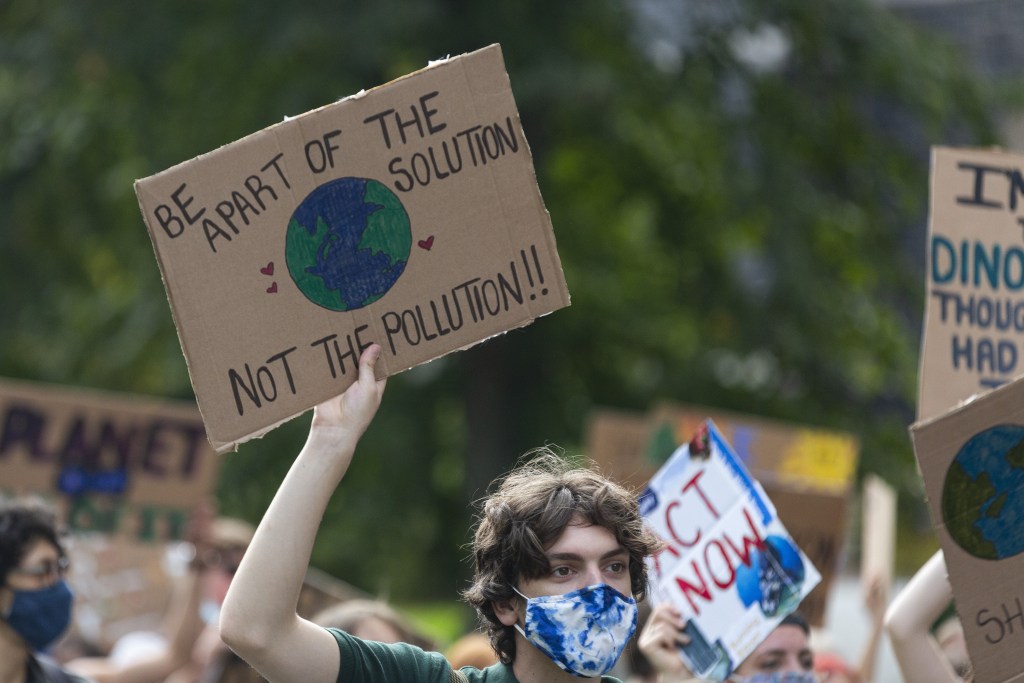 A protester holds a sign reading, “Be a part of the solution not the pollution!” — Photo: Zane Woodford

“Climate change is something that impacts us on every level of society. It is a social justice issue as much as it is an environmental issue,” Hougan-Veenma said.

Speaking during the rally, Amelia Penney-Crocker, a Grade 11 student at Citadel, said Canada needs to be a leader in cutting GHGs.

“We have to hit our target, we have to go beyond our target. We have to push other countries to do their part. We have to do it. We don’t have any other option,” Penney-Crocker said. 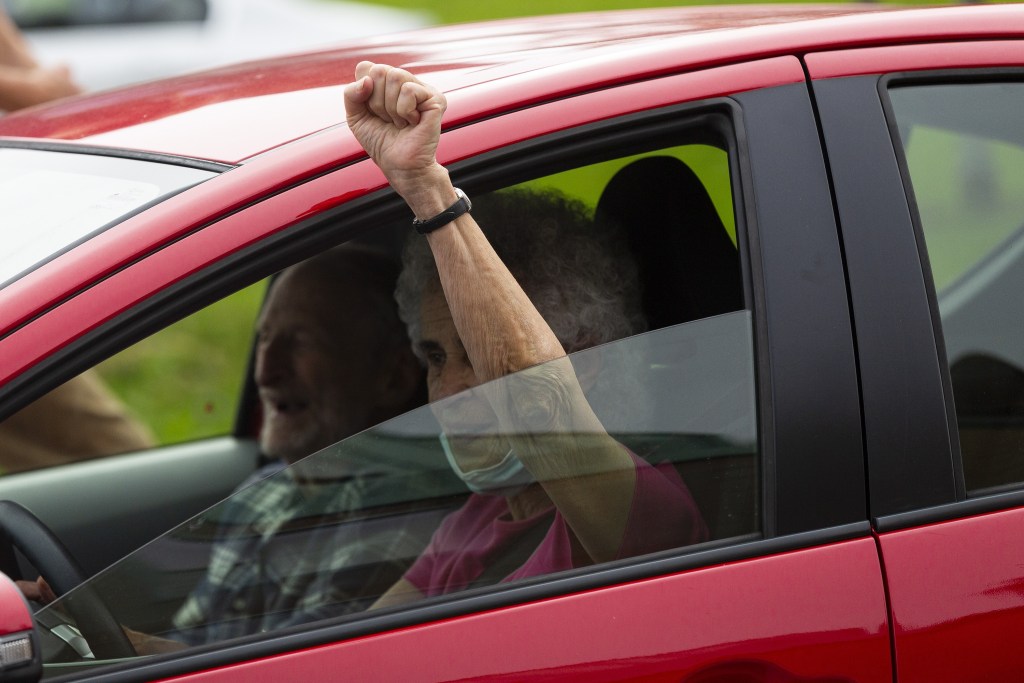 A driver salutes protesters as they march by on Morris Street on Friday. — Photo: Zane Woodford

Dalhousie Student Union Vice President Mazen Brisha led the way through the streets of Halifax for much of Friday’s march, and said he was happy to see so many people out to support the cause. 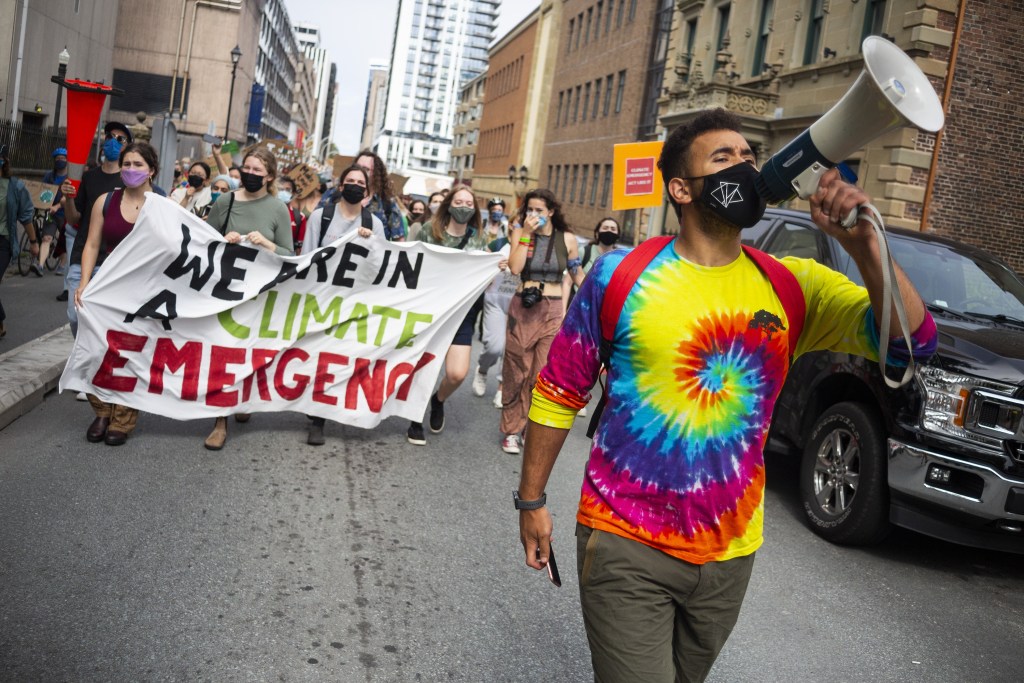 “Canada should be one of the pioneers of climate action. Instead, over the last 10 years or so it’s been falling behind,” Brisha said.

There’s expected to be another climate strike scheduled in October.