You are here: Home / Environment / Farmers Markets adjust to COVID-19 with online stores 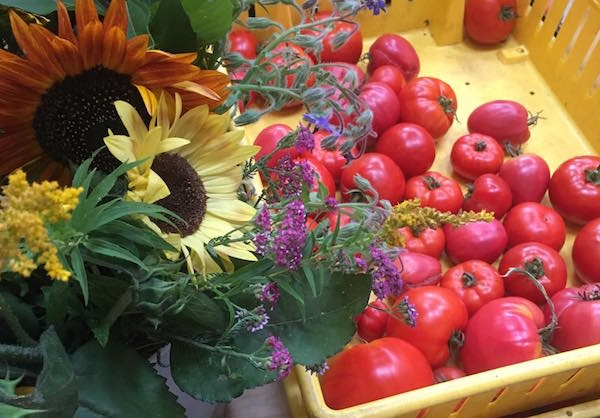 There are few silver linings to be found amidst the uncertainty created by the constantly evolving COVID-19 pandemic, but Justin Cantafio is excited about one small bright light.

The executive director of the Farmers’ Markets of Nova Scotia Cooperative (FMNS) announced on Thursday the launch of an initiative that will see the establishment of online stores, centralized pick-up points, and door-to-door service of fresh local food. This will support local food producers and help Nova Scotians safely access locally produced farm food products.

Due to the pandemic and the need for social distancing and limiting large gatherings of people, FMNS on Wednesday directed all farmers’ markets in the province to stop holding their events and shift to online stores.

The Nova Scotia Department of Agriculture has provided FMNS with $30,000 to help farmers’ markets with the transition to online operations.

“This was a last minute emergency measure when we realized that it was not going to make sense to try to run farmers’ markets with this new restriction on the population in terms of concentration,” Cantafio explained.

“I’ve got tons of owner-operated businesses that run the risk of going completely out of business. To be a small scale producer in 2020 is to go against the grain of globalization and commodity production, so you’re going to be on razor thin margins and it only makes sense to find avenues to support these folks.”

Pointing to the fact that Nova Scotia is the most food insecure province in Canada, Cantafio said it only makes sense to use all resources that are readily available. This becomes particularly important as we face the many unknowns created by the COVID-19 pandemic.

“Local producers have the ability to meet our needs so that we don’t necessarily have to rely on concentrating as 500 people in a single place, elbow to elbow, arguing over toilet paper,” he said.

“We’re taking a thing that farmers’ markets and that local farmers and producers know how to do well, and that is grassrootsing the hell out of this thing. Galvanizing community support and making it happen, that’s what we do against all odds.”

Cantafio said the initiative will include safe spaces for people to pick up food in time-staggered, population controlled environments. Customers can order for themselves or others from their homes, determine a pick-up location and time, and arrange for a safe meeting time.

He stressed that in addition to having best practices in place and following all guidelines provided by public health officials, those involved in the initiative are well-versed in food safety measures.

“These are coming from people who work at farmers’ markets who understand food safety. These are people who have run establishments that have public market permits which means that they are certified and inspected by the government,” he said. “It’s not like we’re just running this with people who don’t know what they’re doing. These are food service handler professionals.”

FMNS has partnered with an online marketplace software program called Local Food Marketplace. Cantafio said it is already being used by the Wolfville Farmers’ Market for their WFM2Go service.

Although it may take a week or two for other markets across the province to get up and running, he said many are already taking orders and Nova Scotians should check with their local markets as plans are quickly evolving.

“Sometimes it takes a crisis to bring people together,” Cantafio said. “I’m not trying to celebrate what’s happening, I’m just trying to find a bit of a silver lining and some opportunities to build on what we already have in this province.”

“That is actually going to help our customers and our vendors long term,” she said. “It’s really not just a temporary bandaid solution. It will help right now but it will also carry on into our normal operations, which is an exciting thing.”

She said they participated in an online webinar on Wednesday to familiarize themselves with the Local Food Marketplace software program. They hope to be fully up and running by March 27, with a worst case scenario date of April 4.

The pandemic has also expedited the launch of the brewery market’s Neighbourhood Goods General Store. Although it has been in the works for a few months and was expected to open next month, Delano said they now plan to begin operations on Monday.

“We have to push everything forward. The demand is there and we want to make sure that people have access to local goods as soon as they need them,” she explained.

Their original plan was to open the grocery store in a smaller space. But now that the brewery market is closed, they’ll be taking over one of the inner rooms. They plan to set up long tables, ensure the presence of hand washing stations, and will monitor the number of people entering and leaving the store.

“It will essentially act like a grocery store where people can select their goods and pay for them with a credit card,” Delano said.

“Vendors will come in and restock the shelves in the evening so they’re not interacting with customers, and then we will make sure everything is super sanitized.”

She said they’re actively encouraging people to visit their website and sign up for their online newsletter for updates. Delano stressed maintaining rural to urban connections is important for all communities, especially during these uncertain times.

“We’re just trying to maintain our current relationships and make sure they exist, make sure they (vendors) feel like we’re supporting them in the best way that we can while keeping the community safe,” she said.

“It’s really important, especially at a time like this. Lots of people need the support and need that sense of community when we aren’t really able to have it.”

As of Thursday morning, the following farmers’ markets and regions are confirmed FMNS project participants. More will be announced soon.