You are here: Home / Environment / Extinction Rebellion: we must take urgent action on climate change 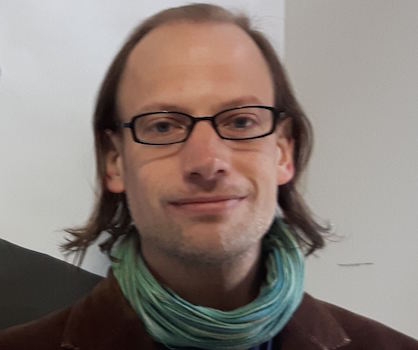 “Heading for Extinction and What to Do About It” was the focus of a public presentation at the Halifax Central Library yesterday afternoon hosted by Extinction Rebellion Nova Scotia. Watch for a protest in the streets of Halifax next Monday — with citizens employing some of the non-violent confrontation and civil disobedience tactics borrowed from Mahatma Gandhi and Martin Luther King to try and convince governments that climate change could literally kill us unless government acts more quickly.

“If you were boarding a plane and you were told the odds of that flight crashing were 1 in 20, would you get on that plane?,” asked Patrick Yancey, an organizer for Extinction Rebellion Nova Scotia, an offshoot of the global group started in the United Kingdom.

Yancey claims those are the same odds or the “existential risk” humans face because of the amount of carbon dioxide already present in the Earth’s atmosphere. Yancey’s analogy is based on findings by Yanyan Xu and  Veerabhadran Ramanthan published in the Proceedings of the National Academy of Science in the United States in the fall of 2017.  Yancey claims a thirst for more scientific information is one of the reasons there are now “XR” groups in five Nova Scotian communities from Sydney to the South Shore.

Warnings from the International Panel on Climate Change which posted its first report in 1990 have became increasingly dire. The IPCC’s latest finding suggests the planet has only has 12 years in which to come up with a workable plan to prevent the temperature from rising 1.5 degrees Celsius before the end of this century. The IPCC has said the world is currently on track to see between 2.7 and 3.4 degrees of warming. One study predicts that magnitude of change would trigger sea level rise of two meters by 2100 and lead to world-wide migrations for one in every nine people.

In Canada, Environment and Climate Change Canada reports that the temperature in Canada is rising twice as quickly as the rest of the world on average due in large part to the rapid melting of ice in the Arctic.

While praising steps taken by the federal and provincial governments to put a price on carbon and increase the use of renewable energy, Yancy says these actions “fall woefully short” of what is needed to tackle global warming. He quoted an Environment Canada report that says the country is on track to fall 79 megatonnes short of its emission target reductions by 2030 — that amount is roughly equivalent to what the Province of Quebec emits.

In Nova Scotia, the province is on course to generate 50% of its electricity from renewable sources by 2040 — a major achievement. Yet at the same time, Nova Scotia remans the most coal-dependent province in the country, with coal-fired plants expected to remain open well past the federal deadline of 2030. And the province continues to mandate the burning of woody biomass to generate electricity, which if it is clearcut can produce higher carbon emissions than coal.

The Extinction Rebellion organizer told the audience of 50 people — about two-thirds senior citizens and one-third millennials — that “XR” was formed because people aren’t receiving accurate information about climate change. There was a general nodding of heads from the audience.

“We don’t get that information from politicians and we don’t it from the media because there are fewer of them all the time,” observed Elinor Egar Reynolds, a Halifax resident and senior citizen. “What are we going to say to our grandchildren? I feel inadequate and very frustrated that I can’t do anything and I suspect many other people feel the same way.”

Yancey told her no one should “shame or blame themselves.” He pointed to a disturbing 2017 study reported in The Guardian that states 70% of GHG emissions are produced by just 100 corporations. If accurate, that’s astounding. The report was prepared by an environmental non-profit called CDP in conjunction with the Climate Accountability Institute. The top emitters were ExxonMobil, Shell, and BP. Such studies make individual efforts to consume less electricity or take the bus instead of drive a car or make “ethical investments” seem puny and useless by comparison.

Yancey acknowledged that concern. It’s why Extinction Rebellion encourages people to “rise up” and confront authority. He says Extinction Rebellion believes there is “some good news” and it lies in a wholesale switch from fossil fuels like oil and coal to renewable sources of energy such as wind, water, geothermal, and solar power. Yancey says the technology and economics exist to support that shift and work done by the Solutions Project at Stanford University confirms “we can do it” but it will require political action on a scale similar to the Marshall Plan used to rebuild Europe after Word War II.

One person in the audience disputed the notion such a wholesale change can take place within the next couple of decades. “I’m an engineer and I think we need to do a reality check on the idea we can move to 100% renewables,” said Carey Risley. “It’s awkward to say this but all things are connected and if we misunderstand one piece, we make mistakes. Our North American society cannot exist without fossil fuels. They can’t be entirely phased out because they are irreplaceable.”

The three demands of the Extinction Revolution are: (1) tell the truth about climate change; (2) reduce Greenhouse Gas emissions from all sectors to net zero by 2025; and (3) ensure public oversight of the process. A long march to raise public awareness to slow climate change (and attract attention from the mainstream media) will begin Monday morning at 10am from the St. James Anglican Church at 2668 Joseph Howe Drive. A visit to the headquarters of Nova Scotia Power and its parent company Emera Inc will be on the route.

“If we knew a comet was going to hit the planet in 10-30 years time and could wipe out the human race (an allusion to the last extinction 65 million years ago when dinosaurs disappeared), the media would be talking about nothing else,” said Patrick Yancey.