You are here: Home / Environment / Emera: no, we won’t reduce our guaranteed profit 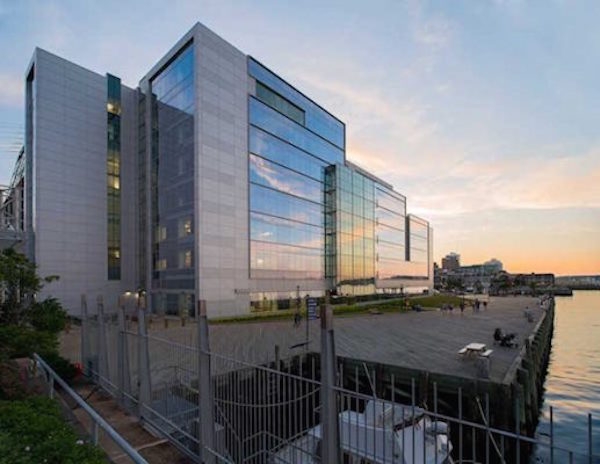 The power company Emera has rejected a request from the Utility and Review Board (UARB) to voluntarily lower its profit margin in order to provide broad relief to ratepayers.

Saying in effect that its guaranteed profit margin is sacrosanct, Emera is instead making a donation to the Salvation Army to help the neediest ratepayers pay for heating costs through the winter.

The expected hydro power from Muskrat Falls was the primary vehicle for Nova Scotia to meet its short-term goals for increasing the amount of renewable energy used and for reducing greenhouse gas emissions.

It also meant long-term price stability for ratepayers, with a fixed 35-year contract for relatively inexpensive hydro power over the long haul. For that reason, Nova Scotia Power ratepayers paid the construction costs of the Maritime Link.

Problem is, while the Maritime Link is complete and carrying small amounts of power generated elsewhere, the Muskrat Falls project is behind schedule, and Nova Scotia ratepayers are paying for replacement power at costs still to be determined by a fuel audit.

Exactly this situation was envisioned back in 2017 (a year before the Maritime Link came into service), when the UARB set an allowable “Return on Earnings” (ROE) — the profit margin for NSPML —  between 8.75 and 9.25%. The Consumer Advocate argued, and the UARB acknowledged, this profit margin was based on submissions by NSPML that even if energy from Muskrat Falls (the so-called Nova Scotia block) was delayed (my bolding) that ratepayers here would still reap the benefits from additional energy sales carried by the cable. The profit rate was subsequently set at the midpoint, 9%.

The issue now, however, is that those additional energy sales have not materialized, at least not to the degree predicted in 2017. That is: Nova Scotia Power ratepayers aren’t seeing the promised benefits of cheap Muskrat Falls power, but NSPML is still getting a 9% guaranteed profit for operating the Maritime Link.

That is why the consumer advocate and others suggested Emera voluntarily settle for a NSPML profit of 8.75% instead of 9%. The change would amount to $1.4 million this year, but it’s not so much about the money but rather the principle involved.

“In the circumstances of the long-delayed receipt of the Nova Scotia block and the global COVID-19 pandemic, it would have been fair and reasonable for NSPML to have voluntarily sought to include the low-end of its ROE range in the proposed 2021 assessment,” said Consumer Advocate Bill Mahody in a written submission to the UARB.

Mahody noted that “in the 2017 Interim Assessment hearing (when NSPML argued that the Link was used and useful, even absent the delivery of the Nova Scotia Block), NSPML and NSP indicated that the Maritime Link would flow energy and other benefits valued in excess of $120 million in 2018 and 2019. In fact, those benefits have been less than $5 million per year.”

That argument found a sympathetic ear among the three members of the UARB panel. However, the panel declared it had no authority to order Emera to accept the lower end of the allowable profit range without first hearing expert evidence about subjects such as the cost of capital and changes to financing. None was made available.

“However,” reads a November 30 UARB decision letter, “[g]iven the gross overestimation of the benefits of the Maritime Link versus the actual benefits as noted above, and given the costs of the further delays caused by COVID-19, which are being entirely borne by ratepayers, the Board believes it very reasonable to ask NSPML to reconsider its position.”

Emera, for its part, would have none of it.

Late yesterday, the company wrote a two-page letter to UARB explaining why it would instead make a donation to the Salvation Army’s “Home Energy Assistance Top-up Fund,” explaining that:

The letter went on to say the money would reach affected customers immediately rather than at a later date when the proposed reduction in profit would be reflected in power rates paid by everyone.

NSPML believes that this response addresses the greatest area of need for customers impacted by COVID 19, while retaining the integrity of the regulatory framework for NSPML, which reflects just, reasonable and lawful economic regulatory ratemaking principles and practices.

That last line describing “reasonable and lawful economic regulatory ratemaking” shows Emera is not just playing Santa Claus in choosing to make a larger than usual corporate donation to a charity. (The donation may be tax deductible and cost Emera shareholders nothing, but it’s too early to have a definitive answer on that point).

Emera went to some pains to describe its own concern over the two-year delay in receiving energy from Muskrat Falls. It describes how its shareholders have been impacted:

The Board has also previously instituted an annual $10 million holdback mechanism pending commencement of delivery of Muskrat Falls power from Nalcor.1 This annual holdback amount, which NSPML proposed to continue for its 2021 assessment, has had the practical effect of significantly reducing the ROE of NSPML’s shareholders since this mechanism was implemented in 2018. For example, in 2019 the holdback mechanism resulted in a reduction of approximately $4.5 million in NSPML’s net earnings. This is three times the $1.4 million amount that intervenors have suggested the company’s net earnings be reduced in 2021.

So Emera’s position is that it has already taken a hit from the Muskrat Falls delay, although the company’s latest third quarter results show its year-to-date profit riding at $477 million or $1.93 per common share — very close to $476 million at this time last year. The parent company is not hurting.

The company states that concerns with the Muskrat Falls project are so great Ottawa has agreed to allow the company to defer up to $22.7 million in expenses that could have been included in power rates next year.

The most recent estimated timeline for when renewable energy from Muskrat Falls will arrive in Nova Scotia is the end of 2021.