You are here: Home / Commentary / Carbon Laundering, De-growth, and Re-thinking the Economy

Linda Pannozzo is an award-winning author and freelance journalist. This is an excerpt from her forthcoming book “About Canada: The Environment” (Fernwood Publishing).

The U.S. federal inquiry that investigated the financial crisis of 2008-2009 — the most serious crisis affecting the global economy since the Great Depression — concluded in 2011 that it was an “avoidable disaster” caused by “widespread failures in government regulation, corporate mismanagement and heedless risk-taking by Wall Street.” 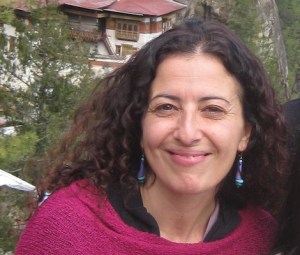 As it turns out, government deregulation in the financial sector played a key role in the banks’ increasingly risky lending and borrowing practices — ones that eventually led to the flurry of default and foreclosure activity causing the asset-backed market to collapse.

But the dangers of deregulation weren’t the only lessons to be learned from the economic meltdown. It also demonstrated the inextricable connection between economic growth and our global addiction to fossil fuels. While the indicator of economic growth — the GDP or Gross Domestic Product — tanked all over the industrialized world, so did GHG emissions. Here in Canada, in 2005 we emitted 749 megatonnes of greenhouse gases but during the financial crisis of 2008–2009 the demand for fossil fuels plummeted, accompanied by a rare decline in the planet-warming gases they produce — to 699 megatonnes — back to the levels of the late 1990s. In other words, economic growth is one of the main drivers of climate change, a “coupling” that has been verified by numerous experts including the expert on climate change itself, the Intergovernmental Panel on Climate Change (IPCC).

And yet, there has been a chorus of countries claiming that GHG emissions and growth are not connected, and that you can “grow the economy” — still cling to the industrial capitalist system that created the mess we’re in — and reduce emissions at the same time.

Indeed, Environment Canada claims that over the past two decades Canada has seen a “de-coupling between growth of the economy and GHG emissions as technological improvements and regulations have been adopted and implemented in various economic sectors…[and] the adoption of more efficient practices and equipment by consumers and industry because today they are more knowledgeable of their choices and the impacts of those choices on the environment.”

One 2015 study out of Germany even went so far as to claim that between 2004 and 2014, OECD countries grew their economies by 16 percent while reducing GHG emissions by 6.4 percent, “marking a historical milestone.” It reported that the four factors contributing to this decoupling were an increase in the use of low-carbon energy sources, increased efficiency in energy generation, increased efficiency on the part of consumers, and a move away from energy-intensive manufacturing. But it appears they left out one very important factor in the decoupling equation.

In Naomi Klein’s 2015 book, This Changes Everything, she discusses how the emissions accounting system that was drafted in 1992 that guided the Kyoto Protocol (and is currently being used at COP 21 in Paris) was “deeply flawed” because it was based on production-based accounting rather than on consumption-based accounting. For instance, it didn’t take into account any of the emissions from the transportation of goods across borders: container ships are “not formally attributed to any nation-state and therefore no one country is responsible for their polluting impact,” she writes. 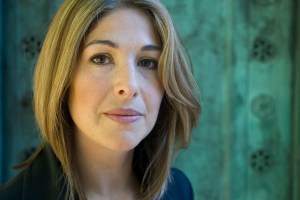 But perhaps most startling is that countries are “only responsible for the pollution they create inside their own borders — not for the pollution produced in the manufacturing of goods that are shipped to their shores; those are attributed to the countries where the goods are produced.”

Klein says this has created a “vastly distorted picture of the drivers of global emissions” allowing the “rapidly de-industrializing wealthy states to claim that their emissions have stabilized or gone down when, in fact, the emissions embedded in their consumption have soared during the free trade era.” Klein cites the 2011 Proceedings of the National Academy of Sciences, which looked at the emissions from those industrialized countries that signed the Kyoto Protocol and found that “while their emissions had stopped growing, that was partly because international trade had allowed these countries to move their dirty production overseas,” and that “the rise in emissions from goods produced in the developing countries but consumed in industrialized ones was six times greater than the emissions savings of industrialized countries.”

The New Economics Foundation (NEF) out of the UK refers to the greenhouse gas accounting system as “carbon laundering,” and it argues that the only way to more accurately account for these displaced emissions is to measure domestic emissions on a per capita basis based on an individual’s average carbon footprint.

Unburnable Carbon and a Growth Economy

Since we started powering our insatiable economies with coal 200 years ago, we have been driving the trajectory that has brought us here: where the atmospheric concentrations of heat-trapping gases are causing the planet to get warmer.

According to a consensus of international scientists, March 2015 was the first time in recorded history that the concentration of CO2 — around the globe and consistently for an entire month — reached the threshold of 400 parts per million (ppm), up from 280 ppm prior to 1800, with half the increase occurring in the last 35 years. This was sombre and significant news because it is believed that the safe level of CO2 in the atmosphere is 350 ppm.

Scientists are also saying that over the past 100 years the influx and resulting accumulation of greenhouse gases in the atmosphere has caused the earth’s average temperature to rise 0.8 degrees Celsius, with two-thirds of the warming since 1975. Here in Canada it’s warmed even more: Between 1948 and 2012, the annual average surface air temperature over Canada’s landmass warmed by about 1.7°C, approximately twice the global average. It doesn’t sound like much but according to the scientific consensus, if we allow global temperatures to rise more than 2 degrees Celsius we need to brace ourselves for the catastrophic potential of runaway climate change.

In 2015 a study appeared in the peer-reviewed journal Nature that argued that the only way to stay below the rise in two degrees Celsius was to leave oil in the ground and stop exploring for more. The study authors, both from The University College of London, said that in order to have a “better than even” chance of keeping warming below this level throughout the 21st century, cumulative carbon emissions cannot exceed 1,100 gigatonnes between 2011 and 2050. The authors call this the “carbon budget”: what we’re allowed to emit and still remain below a 2-degree temperature rise.

But the kicker is that the GHG emissions contained in global fossil fuel reserves are up to five times higher than this and therefore if it gets burned, we’re essentially cooked. The study concludes that at the global level, “a third of oil reserves, half of gas reserves and over 80 per cent of current coal reserves should remain unused from 2010 to 2050.” According to U.S. author and environmentalist Bill McKibben: 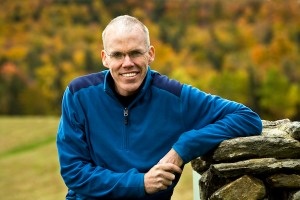 This coal and gas and oil is still technically in the soil. But it’s already economically aboveground — it’s figured into share prices, companies are borrowing money against it, nations are basing their budgets on the presumed returns from their patrimony. … The numbers aren’t exact, of course, but that carbon bubble makes the housing bubble look small by comparison.

While Canada’s share of the carbon budget is yet to be negotiated, according to estimates from the Canadian Centre for Policy Alternatives, it doesn’t look good. Canada’s carbon budget will likely be based on either our share of the global population or our share of gross domestic product and it will allow somewhere between 2.4 and 9 gigatonnes, respectively.

This call to avoid dangerous warming by opting not to extract more fossil fuels goes against centuries of what the global capitalist economy does best: grow.

But it doesn’t have to be this way. According to the NEF unlimited global economic growth isn’t only ecologically impossible, it’s not even desirable. Study after study has shown that in high-income countries more growth isn’t creating more happiness or life satisfaction but in fact is adding to dissatisfaction, inequality, societal break down and environmental degradation. At the same time, low-income countries would benefit from some economic growth to raise standards of living and life expectancy, for instance.

Indeed, the developed world needs to bear the collective responsibility for climate change, and should therefore also accept the economic rethinking that needs to take place. The NEF argues that even with a declining GDP, it is possible in high-income countries such as the UK and Canada to experience “rises in both social and environmental value,” and in equality.

Peter Victor, an economist at York University and author of Managing Without Growth: Slower by Design, Not Disaster, agrees. He argues that the case for reducing growth is supported by evidence that it’s no longer leading to happiness in developed countries but in inequality, with its poor health outcomes and social unrest. He also notes that prospects of real improvement in the developing world “are likely to be diminished if developed countries continue to encroach on more ecological space.” 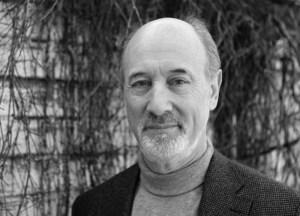 In his 2008 book, Victor lays out how the Canadian economy would shift if growth were no longer a policy priority. He found that under certain model assumptions employment would increase, poverty and greenhouse gas emissions reduce and government debt was managed. A key ingredient was as shorter work year, spreading employment to more of the work force, and increased leisure time, allowing people to shift their focus away from consumption.

Victor says there also have to be better-funded anti-poverty programs and stable populations, which has already been achieved in many developed countries. He also argues that stricter policies on the environment and how we use “resources” should be based on rules originally proposed by ecological economist Herman Daly: “The harvest of renewable resources should not exceed their regeneration rate; the rate of extraction of non-renewable resources should not exceed the rate of creation of renewable substitutes; and waste emissions should not exceed the environment’s capacity to assimilate them.” Victor adds to this list the protection of land and water to reduce competition among humans and other species and the creation of protected areas and green belts.

Victor raises the question, but doesn’t fully answer, whether capitalism could survive a de-growth economy: “A shrinking economy brings a real risk that profit-seeking companies and their shareholders will be disappointed, credit ratings will suffer, the financial system will be in jeopardy, trade will shrink and the whole capitalist system could spiral to collapse.” Whether this would happen remains an open question. He adds that, “even in a shrinking economy, some sectors — such as renewable-energy development — will flourish.”

Victor points out that regardless of the fate of capitalism itself, people around the globe are already directing their energies towards what he calls “enhanced wellbeing,” by working less and turning to local producers for food, clothing, and other needs. “With the prospect of environmental calamity facing humanity, developed economies must chart a course towards living within a fair share, and no more, of the planet’s safe operating space. Developing countries, in their turn and time, will also have to adjust.

“Done thoughtfully,” he says, “this could lead to more satisfactory and fulfilling lives for all.”