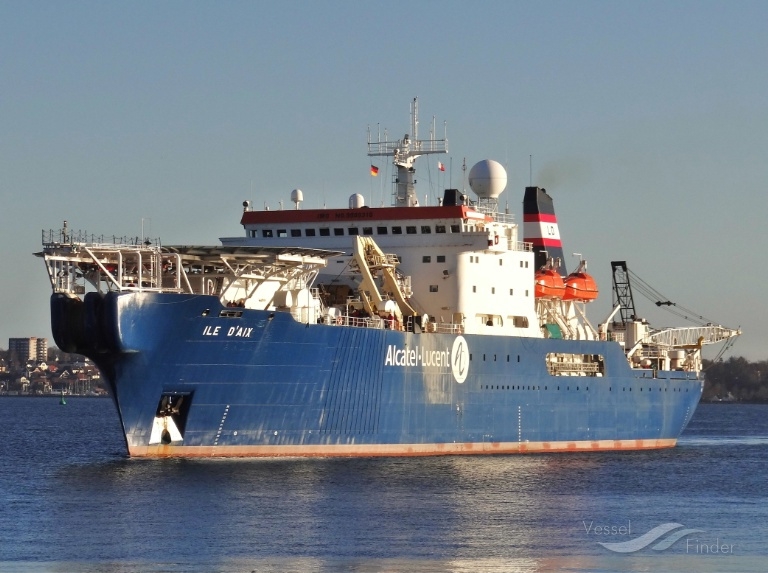 Responding to an inquiry by the Halifax Examiner, Transport Canada confirms that it has detained the French cable repair ship Ile d’Aix, which has been anchored off McNabs Island since Tuesday.

Soon after the ship arrived, the Halifax Examiner learned of a suspected oil spill from the Ile d’Aix. Thursday afternoon, Fisheries & Oceans spokesperson Stephen Bornais told us that:

On Tuesday May 29, personnel from the Canadian Coast Guard’s Environmental Response branch were notified of a large sheen coming from the vessel ILE D’AIX anchored near McNabs Island in Halifax Harbour. Upon arrival Coast Guard personnel observed an unknown quantity of synthetic lubrication oil rapidly dispersing in the water. The sheen was non-recoverable.

Transport Canada has detained the vessel, MV Ile d’Aix, following a pollution event in the Halifax Harbour on May 30, 2018 and is inspecting the vessel for compliance with applicable laws.

Transport Canada will not hesitate to take appropriate action should any safety or regulatory deficiencies be identified during the course of the inspection.

The owner of the vessel, Mer et Marine, has not responded to a request for comment.