You are here: Home / Environment / Because of the pandemic, we’re cooking more at home; we’re also wasting a lot more food 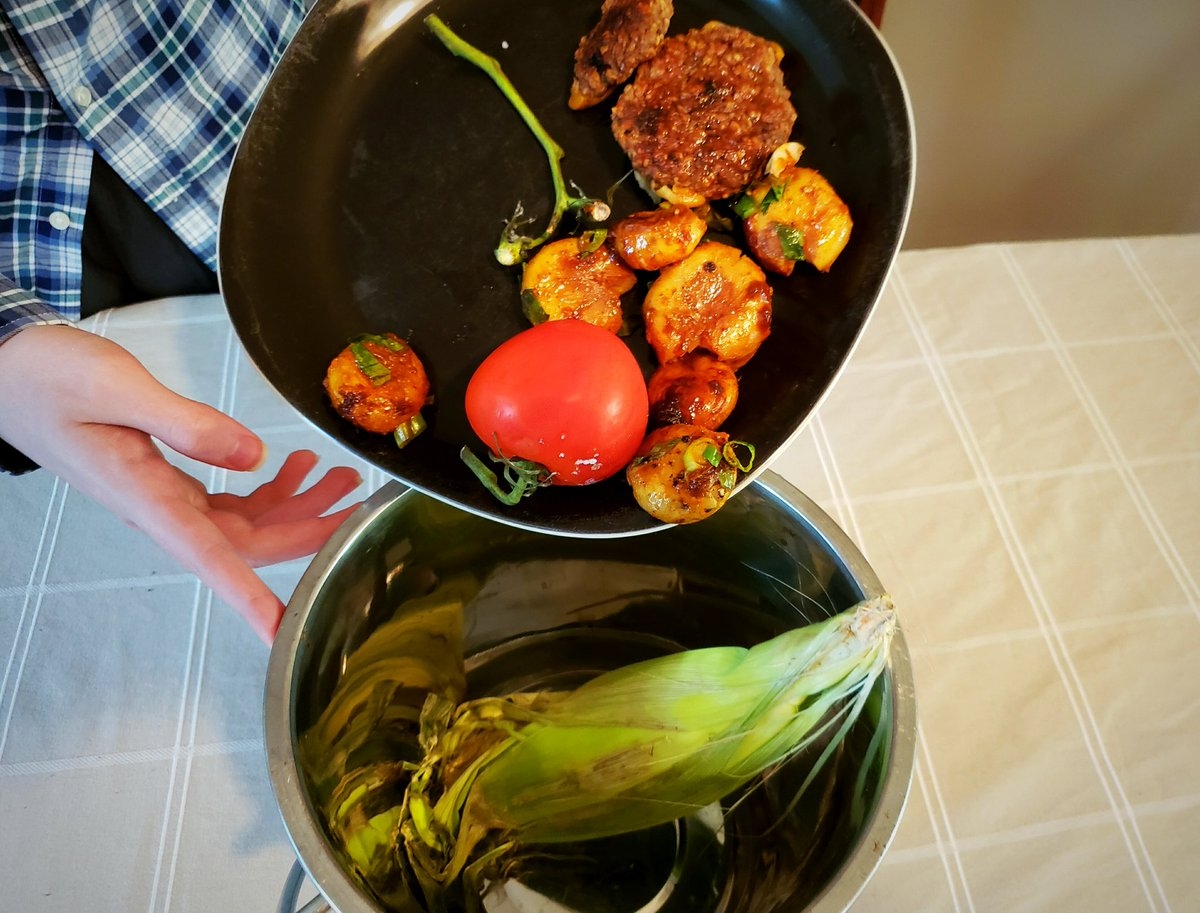 A new report released Tuesday suggests that Canadian households are wasting between 20 to 24 million kilograms more food each month since the pandemic. Photo Illustration: Yvette d’Entremont

A new report released Tuesday suggests that Canadian households are wasting between 20 to 24 million kilograms more food each month since the pandemic began.

The report focusing on food waste in the home during COVID-19 is a collaboration between Dalhousie University’s Agri-Food Analytics Lab and Ontario-based research firm Caddle. It suggests Canadian households are wasting 13.5% more food at home overall, generating 2.3 kg of organic food waste when compared to 2.03 kg per week pre-pandemic.

“It’s not necessarily surprising that people are wasting more food, since they are at home more and cooking more, producing their own meals,” the report’s co-author Erica Finch said in an interview.

“But how much of that food that they’re buying are they using, and how much is being thrown away compared to before the pandemic? That’s the part that’s difficult for us to tell.”

Finch said at the outset of the pandemic when restaurants were closed, people couldn’t eat in restaurants. With options still somewhat limited, they wanted to know how eating more frequently at home was playing out with food waste.

“We know that (the restaurant) sector is producing less food waste but what we wanted to know was, was that food wastage just moving into the domestic sphere or were people being conscious of what they were throwing away,” she said.

Finch said it’s difficult to determine if households are “proportionally” generating more waste than before the pandemic simply because they’re eating more food at home.

“A 13.5% increase at home is consistent with the amount of waste that municipalities are processing,” she said.

The report involved a nationwide survey of 8,272 Canadians who responded between Aug. 21-23. Overall, 55.4% of those surveyed indicate they’re wasting less food in percentage of volume compared to before the pandemic.

Finch said while people tend to believe they’re wasting less food compared with the amount they’re buying at the grocery store, they also often underestimate what they actually throw away.

“We are really bad at knowing how much food we’re wasting, either because we know that it’s not great to throw food in the garbage or just because we’re generally unaware of how often we do it,” she said.

The report notes an estimated 2.16 billion kilograms of household food, or more than $20 billion worth, is lost each year. A 2019 report by non-profit group Second Harvest noted the annual cost of avoidable food loss and waste in Canada is $1,766 per household.

In Tuesday’s report, Finch and co-author Sylvain Charlebois say that COVID-19 may have increased that cost by $238 per household, or $2.95 billion across the country.

The reasons why Canadians are wasting food varies, with a majority (31.3%) stating the food was left in the refrigerator or freezer for too long. This was followed by 30.4% discarding food because household members didn’t finish meals. Not consuming food prior to the best before date was the response given by 15% of respondents, while 17.2% said they didn’t waste any food at home.

Another 12.8% said they threw food away because they preferred the freshest food possible.

“The response ‘we buy too much’ was actually quite low down on the list compared with previous surveys that look at food wastage at home,” Finch said.

“I think that’s interesting because it shows that some Canadians are thinking more critically about why they’re wasting food and being more conscious of how much money and how they’re spending their money at the grocery store.”

About 24% of Canadian respondents said they’re looking in their refrigerator and cupboards more often to avoid unnecessary purchases, while 21.1% are planning meals more often.

Asked if fears about COVID-19 contamination led them to throw away food, only 10% of Canadians reported doing so compared to 14% in Quebec. That number was just 3% in Nova Scotia.

“For the most part expiration dates are quite conservative, so it can be safe to eat things past their expiration date definitely and the fact that 59% of people are doing it I think is a testament to that fact,” Finch said.

“People doing it more often is interesting. Maybe they’re not going to the grocery store as often, maybe they’re trying to save money, there are a lot of factors that could be feeding into that.”

Finch said decreasing food waste at home is simple and boils down to planning meals ahead of time, assessing what you already have in your cupboards and refrigerator, and making purchases accordingly.

“Why does this matter? We know that one in seven households in Canada are food insecure so in that sense it’s important to be thinking about food that’s being thrown away and how we can save that food. But also wasting food doesn’t just mean throwing away the food itself,” Finch said.

“It also means that you’re wasting all of the resources that go into producing that food in the first place. In that sense, food wastage is a really important environmental issue as well and it’s something we can all play a part in reducing.”