Media outlets throughout the nation have now reported on Premier Tim Houston’s stupefying appointment of a septuagenarian white male as Minister of African Nova Scotian Affairs and overseer of the province’s Diversity and Anti-Racism Initiatives. Given the Tim-foolery coming out of Province House, let’s revisit the movie Apollo 13: “Houston, we have a problem.”

In stark contrast, the FIN International film festival will showcase several works by and about women, Indigenous, minority, and LGBTQ+ folk in the province; cinema by emerging and seasoned filmmakers that give voice and visibility to marginalized groups (on the real). 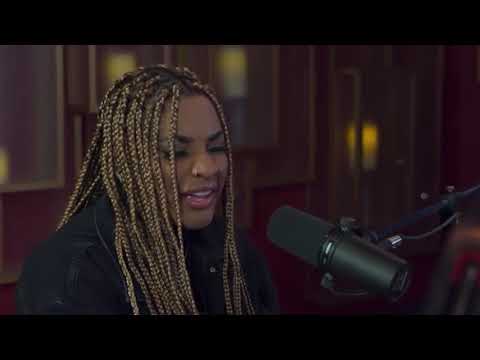 Consider Being Black in the Nova Scotian Music Industry, a documentary by Juliet Mawusi. In 12 minutes, Mawusi presents an engaging profile of North Preston singer/songwriter Reeny Smith. Lovingly nurtured as a child in her church choir, Smith boasts a musical family lineage tantamount to that of  BeBe Winans and CeCe Winans in the US. But unlike the Winans siblings whose careers were championed by Whitney Houston and Aretha Franklin, Smith has charted her course in a country where there are few Black power-brokers in the music business.

Stalwart in her faith and indisputable talent, Smith perseveres. “I’ve survived every obstacle, I’ve encountered thus far,” she notes, cheerily in the film. “I’ve never given up.” 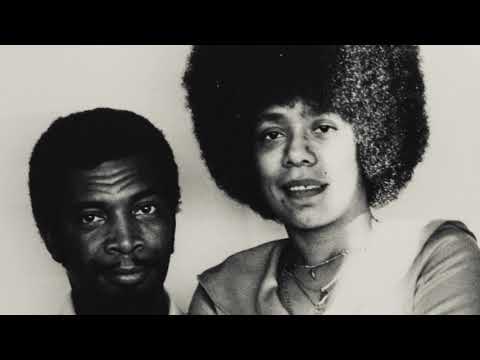 Admirers of Home Feeling: A Struggle for Community (1983) by the trailblazing African Canadian filmmaker Jennifer Hodge da Silva (1951-1989), will find a parallel in Rocky and Joan, an homage to the couple (surname Jones) that led Black freedom struggles in Nova Scotia from the 1960s until their deaths in 2013 and 2019, respectively. As did da Silva in her work about the largely Black Jane-Finch neighbourhood in Toronto, filmmaker Olesya Shyvikova explores the Black history of (mainly) North End Halifax through the activism of the Joneses, who later divorced but maintained close ties.

Born in the Ukraine, Shyvikova immigrated, in 2013, to Nova Scotia where she was stunned by the racial discord she encountered in the province. “I discovered there were lots of Black and Indigenous people here and none of them looked happy,” she told me. Then a journalism student at Nova Scotia Community College and eager to learn more about race relations, she interviewed African Nova Scotian artist Wendie Wilson — creator of the African Nova Scotian flag. Soon good friends, Shyvikova said that Wilson encouraged her to make a documentary about the Joneses.

Continuing, Shyvikova said that Joan Jones routinely declined media inquiries. “But I think she was curious about my accent,” Shyvikova said, with a laugh. “I was also nine months pregnant when I first met her. I think that she was impressed by my dedication.”

In a moving scene, Jones recounts her response to white supremacists who, riled by her fight for justice, threatened to harm her children. “I wasn’t afraid then but looking back on it now, I can feel my fear,” she says. Footage of Jones strolling through a misty Halifax Commons (with a red cup of Timmy’s in hand) lends poignancy to the life of a woman whose New York Times obituary read, in part: “If you are serving the Black community in Nova Scotia, you have to keep repeating yourself. You have to keep saying: ‘This is hurting me.’”

As for the transformation of hurt into triumph, Benjamin Edwards, in his short film Kreations, introduces viewers to Kemmy Smith, the owner of a thriving custom sneaker design company in Halifax. A native of the Bahamas who holds a degree from the Nova Scotia College of Art and Design, Smith launched his business (also named Kreations), as an antidote to the depression he suffered after a fruitless search for a steady job.

Smith’s candour about his mental health will uplift (especially) other Black men for whom the topic has long held stigma. In the 14-minute, often humorous saga, Edwards shows the self-described “sneaker alchemist” as he trudges through snow to hand-deliver his custom-designed “kicks” to ecstatic clients. Also a barber, Smith credits his daughter, his mother and sister for fuelling his ambition. “I’m making money and memories because of them,” he proudly says, with a huge grin. 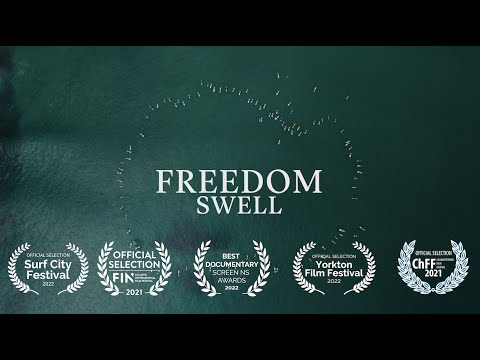 Marie Wright and her identical twin sister Meaghan Wright shift the landscape from snowbanks to summery ocean waves in Freedom Swell, their magnificent documentary about the North Preston Surf Program (NPSP). Founded in 2019, the initiative has seen scores of African Nova Scotian youths learn how to “hang ten” at Martinique Beach under the devoted guidance of a multi-racial group of skilled, adult surfers such as Beth Amiro, a force with the Surfing Association of Nova Scotia. Long-time African Nova Scotian activists Durrell Borden and LaMeia Reddick are also prominently featured in the 60 minute release.

The accomplished filmmakers also trace the link between NPSP and Diggstown, the famed CBC television show (created by East Preston native Floyd Kane) about a Black woman attorney (played by Vinessa Antoine) who de-stresses from her job through surfing. Full disclosure: Freedom Swell includes a scene in which I discuss the factors that have prevented generations of Black people from learning how to swim. 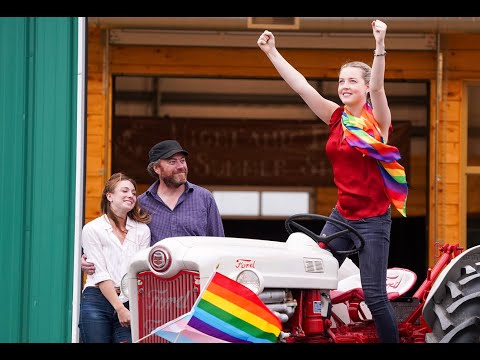 Halifax native Elliott Page is among those who’ve brought increased (and much needed) visibility to the transgender rights movement. Dawn, Her Dad & The Tractor, stands as a beautifully crafted film about a transgender woman who returns to her childhood home (a dairy farm) in the Annapolis Valley to attend her mother’s funeral. There, family, friends and community members are compelled to confront their feelings about Dawn. Trans-woman actor Maya Henry, shines as the “your problem, not mine” star of the film written and directed by Shelley Thompson and inspired by the experiences of her transgender son. (Tara Thorne talked with Thompson in this episode of The Tideline back in May).

“Cows are easier,” a character ventures as the gifted ensemble of actors work their way toward celebrating gender diversity in a film that also showcases (you guessed it), a vintage tractor and a rainbow flag.

Juanita Peters, a beloved African Nova Scotian playwright, filmmaker, cookbook editor, and (apparently, in her spare time), general manager of the Africville Museum, mines all of her talents as co-writer and director of 8:37 Rebirth. The mesmerizing psychological thriller turns on a chance encounter between two youths  — one Mi’kmaq, the other from immigrant roots. Racism, policing, art, mathematics and Indigenous storytelling prove pivotal in the gripping film that evokes the legendary Twilight Zone television series. 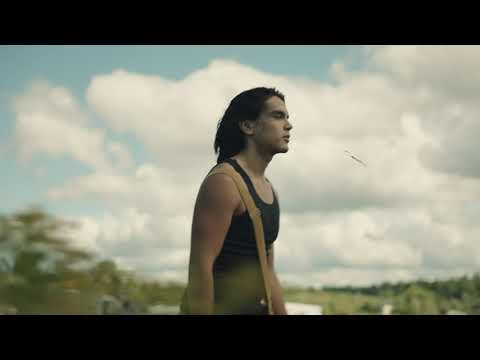 In The Pieces I Am (2019), the documentary about her life, the late author Toni Morrison famously declared: “Navigating a white male world was not threatening. It wasn’t even interesting. I was more interesting than they were. And I wasn’t afraid to show it.”

As I watched Wildhood, the phenomenal debut feature directed by Two-Spirit filmmaker Bretten Hannam (who also penned the script), Morrison’s words wafted through my mind. For in the shimmering work, viewers enter a magical world where Mi’kmaq philosophy, practices, and culture move from the margins to the dazzling centre of three Indigenous youths. In its tender depiction of a blossoming sexual relationship between the characters Link (played by self-described “fake blonde” Phillip Lewitski) and Pasmay (played by “snores while he sleeps” Joshua Odjick), Wildhood captivates the audience. And then there’s young Travis — played by a cheeky, eye-patched Avery Winters-Anthony — with a mischievous spirit that includes an extended pee in a Big Gulp beverage cup. At the core of it all, Hannam delivers a wondrous film that gives new meaning to the Simon and Garfunkel song “Mother and Child Reunion.” (You can also listen to Tara Thorne’s interview with Hannam who talked about Wildhood on this week’s episode of The Tideline).

Call it a welcome dose of healing medicine for the political ills now playing out in Nova Scotia.

For more information on tickets and the full slate of streaming and on-site films screening until September 23, check www.finfestival.ca or phone the box office at (902) 332-1530.