You are here: Home / City Hall / Your name here: Which company will jump at the opportunity to be associated with obliterating the Morse’s Teas sign? 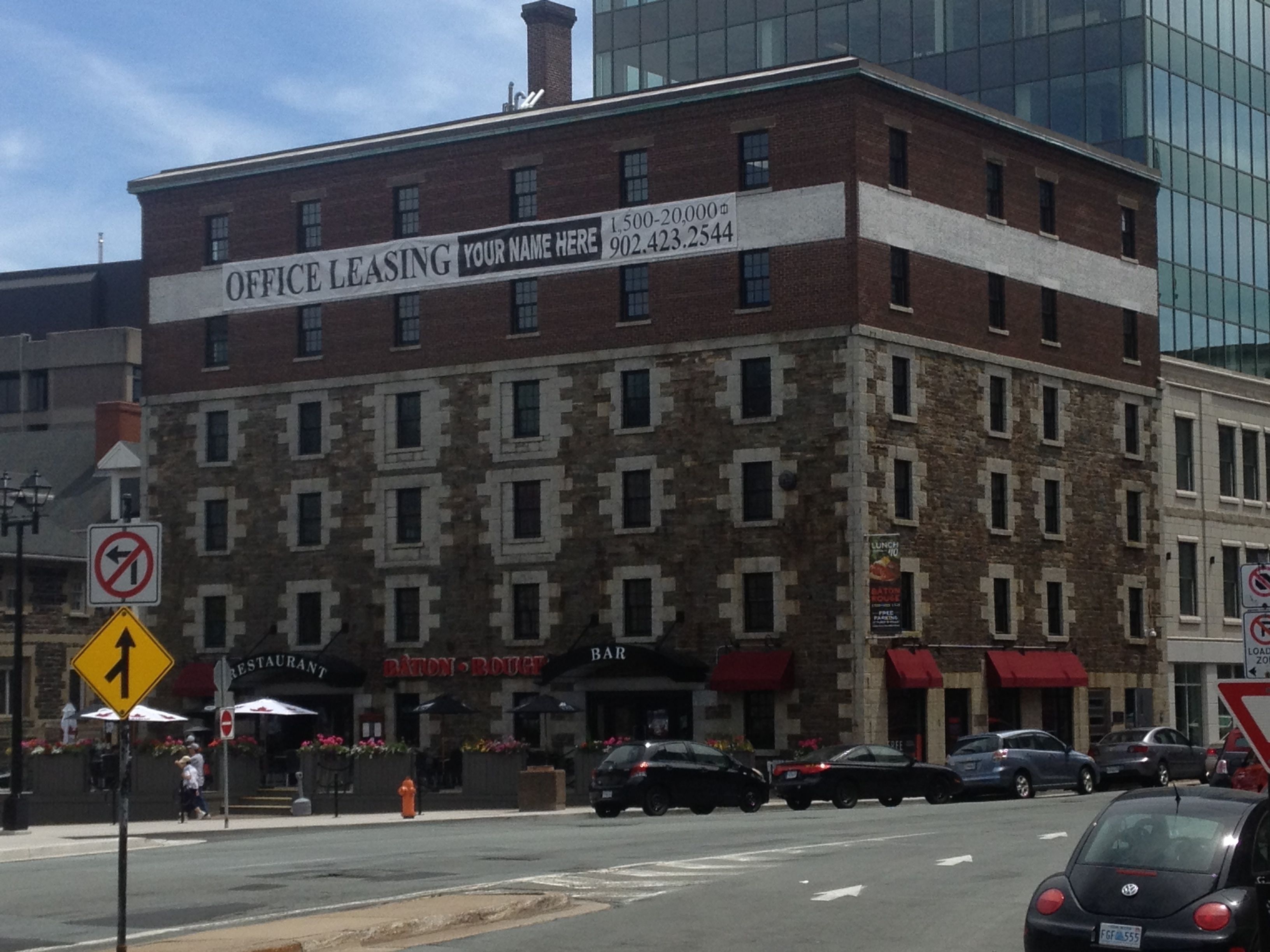 What company will jump at the opportunity to be associated with obliterating a piece of Halifax history? We’ll soon find out: A banner atop of what was once the Morse’s Teas sign announces that a lucky tenant of the building can put its company name on the historic site.

Readers will recall that on the weekend of October 27 and 28, 2012, building owner Starfish Properties painted over the distinctive white-banded Morse’s Teas sign, without first notifying anyone or asking for city permission. I happened to be passing by as the building was being painted, and wrote an article for The Coast about it. Immediately, social media was abuzz with anger at the paint job; that anger carried over into the week and beyond.

City staff, too, were outraged:

As early as 2007, the city’s Heritage Advisory Committee had specified that the sign be protected. The following year, city staff wrote a “statement of significance” for the sign, and in 2010 the provincial Heritage Protection Act was strengthened to give protection to “character-defining elements” of protected property, which city staff said they felt applied to the Morse’s Teas building.

Starfish, however, has always maintained that the company had no obligation to maintain the sign. A January, 2013 staff report relates that:

Staff have discussed this with the building owner who does not share this opinion but, instead, believes that permission was not required prior to undertaking the painting of the signs. Additionally, the owner has indicated that he intends to take no further action at this time relative to the remaining white bands.

Starfish went back and forth with the city, and in December, 2013 filed for a permit to “substantially alter” the building, retroactively permitting the sign-painting. Since the damage was done, the city agreed.

A very minor side note to this involves Andy Filmore, the celebrated planner. The very day I posted my initial story about the sign, and with no further information at hand, Filmore commented on my Facebook page: “There’s no story here. It being repainted exactly as it was, for future generations to enjoy.” That comment has of course been proven exactly wrong. I like Filmore, and he brings good ideas to the table, but he does seem to have a default position to trust the major players in town. He demonstrated it, I think, during the lead up to siting the new convention centre. And, yes, certainly I will be faulted for having the opposite default position.

Just for nostalgia’s sake, here’s a picture of what the building used to look like: 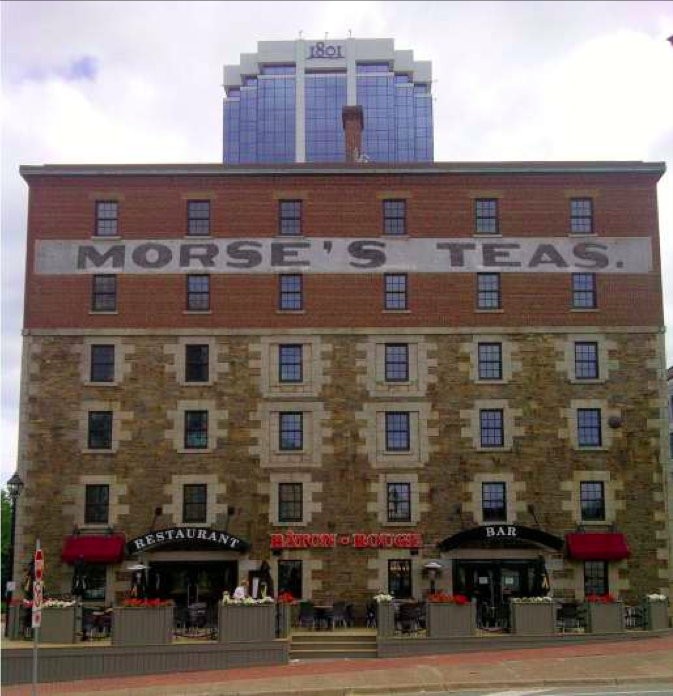