You are here: Home / City Hall / Why one accessible taxi driver is considering parking his van 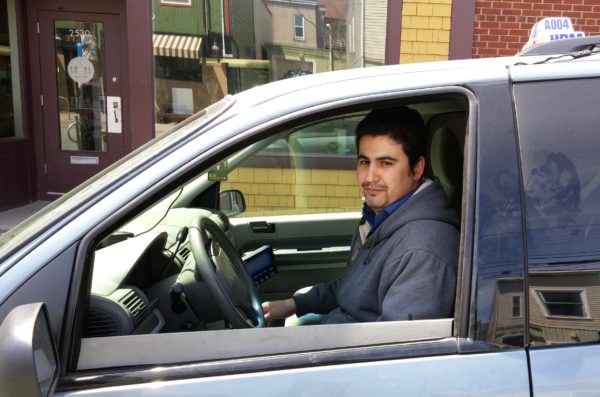 Siavash Merati in the accessible van he’s been driving in Halifax for the past 18 months.

Siavash Merati is one of 39 licensed accessible taxi drivers in Halifax, but he’s considering turning in his accessible licence in the coming months. Since Halifax hit a peak of 57 accessible licences a couple of years ago, the number has been declining, and Merati thinks it will continue unless something changes.

It’s not that there’s not enough demand for accessible service. Rather, says Merati, there’s too much, with not enough supply to meet it. In fact, he says it’s become too costly for him to handle the growing number of accessible calls he’s getting throughout the municipality.

When Merati got his licence just a year and a half ago, he was getting in the range of two to five accessible calls per week, from areas all over the municipality. At that rate, it was manageable to drive a long distance for a short fare.

But once people started to realize that accessible cabs were out there, the demand went up. At the same time, the number of licensed accessible drivers went down.

“The passenger might think they paid me, but actually they didn’t pay me at all,” says Merati. “I lost my hours, my gas.  It doesn’t work.”

Now part of this just seems like the reality of being a taxi driver. If I flag a conventional, non-accessible cab downtown and ask to go to Purcell’s Cove, the driver can’t refuse me, and they will likely be deadheading back somewhere there’s a chance of catching another fare. It happens. But for conventional taxi drivers, it doesn’t happen often enough to be a problem.

Conventional cab drivers are zoned, effectively spreading them out through the municipality. There’s also many more of them — 1,000, to be exact. The sheer number of cars on the road, and the fact that they are spread out, means that the number of expensive calls (where there’s a long way to travel for a relatively small fare) is low. 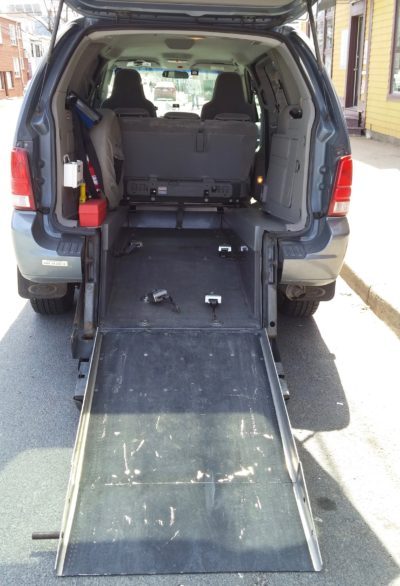 Vans like Merati’s can cost four to five times what a conventional taxi might cost, which is why Councillor Waye Mason is asking for a report to look into ways to assist in purchasing them.

Accessible taxi licences are not zoned, so when they are on duty, they must take calls from wherever they come, regardless of how far away. So in addition to higher vehicle and gas costs, accessible drivers are forced to take on more expensive calls than their conventional taxi counterparts.

On the other hand, without his accessible taxi owners licence, Merati will be back at the mercy of the conventional taxi licensing system.

Before he went accessible, Merati says he spent $10,000 on an older car from a “roof light” owner (someone who holds an owners licence from HRM), and then leased the roof light from this owner for $400 a month. When the car died, Merati acquired another one to use with the roof light, and a few months later his roof light owner decided to stop renting to him. “At the time it wasn’t easy to find another one,” says Merati, “so I bought the van.”

In an effort to increase availability of accessible vans, there’s no limit on their number, nor are they zoned like conventional cabs.

According to Kevin Hindle, supervisor of HRM’s licensing office, it’s not possible to simply rent out an owner’s licence, though drivers can lease the use of their licensed vehicle. “An owner is responsible to ensure they have a vehicle registered in their name, plated to their name, and insured in their name,” explains Hindle. “Now if they want to allow someone else access to drive that vehicle, that is a relationship between that owner and those drivers. They could be renting out a taxi that’s completely insured and licensed in other words. They’re not renting out a licence. We don’t allow licences to be rented out or leased.”

But, according the Merati, there’s ways to fudge the paperwork, so that in effect, that’s exactly what is taking place. Drivers without HRM-issued roof lights are essentially paying for cars and then leasing roof lights from owners. It’s a crooked system that allows for people to profit from simply paying the annual $50 fee to maintain their owner’s licence.

Here’s how one owner described the system in a survey on proposed changes to taxi regulations conducted by Halifax Global in August of 2015:

The city has allowed me to extort money from a basic driver in which I pay 50 dollars a year for a roof light and charge him 5,000.00 Great job halifax taxi commission and city council.

The really disturbing thing about this system is that it’s made possible by HRM regulation. HRM separates licensing of owners and drivers, and puts a limit on one of them. So we have exactly 1,000 roof lights, and approximately 1,400 drivers, 400 of whom are in a vulnerable position. If they want a job driving a cab, they are at the mercy of those who own the roof lights.

“By limiting those licences, yes, you put a focus on that licence, and artificially value it when the interest in trying to obtain one grows,” says Kevin Hindle. “But again, that’s the system that’s been in place for decades, even prior to amalgamation. And council of the day has decided to keep that system there. There have been attempts to change that and open up the system and council has decided not to do that.”

The licensing system for accessible taxis does not have the same problem. There are no limits and no artificial economies created. But, instead, there’s the problem of cost effectiveness for operators. Accessible vans are more expensive to acquire and maintain, and they take more gas than your average cab. Add in the current situation with 39 licensed vans having to cover the entire region, and for Siavash Merati at least, you have a job that doesn’t pay. If any more accessible drivers follow Merati’s lead and turn in their accessible licences, the problem will get worse.

Kevin Hindle says that ultimately, we should be headed to a full fleet of accessible taxis, much like Halifax Transit is transitioning to fully accessible low floor buses.

“The taxis have to be treated the same,” says Hindle. “They should be all inclusive vehicles so that the standard is no matter who is requesting what, any vehicle can respond to that passenger… That’s what other municipalities are transitioning towards — to make private transportation services an all-inclusive fleet so that can respond to any request.”

The major hurdle to get over for most current conventional cab drivers in transitioning to accessible vehicles will be cost. Luckily, there are two city initiatives that could be game-changers in the accessible taxi business.

First, council recently gave staff the go-ahead to explore the possibility of outsourcing some of Halifax Transit’s Access-a-bus services to accessible taxis. Access-a-bus currently costs the city about $6 million. Deflecting a portion of that to the accessible taxi industry will certainly help grow it, and could eliminate the problems experienced by Merati and others in his position.

Second, council will soon be considering a motion put forward by Councillor Waye Mason, asking for a staff report on “creating incentives and regulatory framework to encourage the expansion of the universally accessible taxi fleet in Halifax.”

Unfortunately for Siavash Merati and the passengers that have been calling on him, it’s not likely that either of these will come about in time to help keep him driving his accessible van.