You are here: Home / City Hall / Who decides whether to investigate ‘structural, institutional or systemic issues’ with the police? Halifax says it’s the police 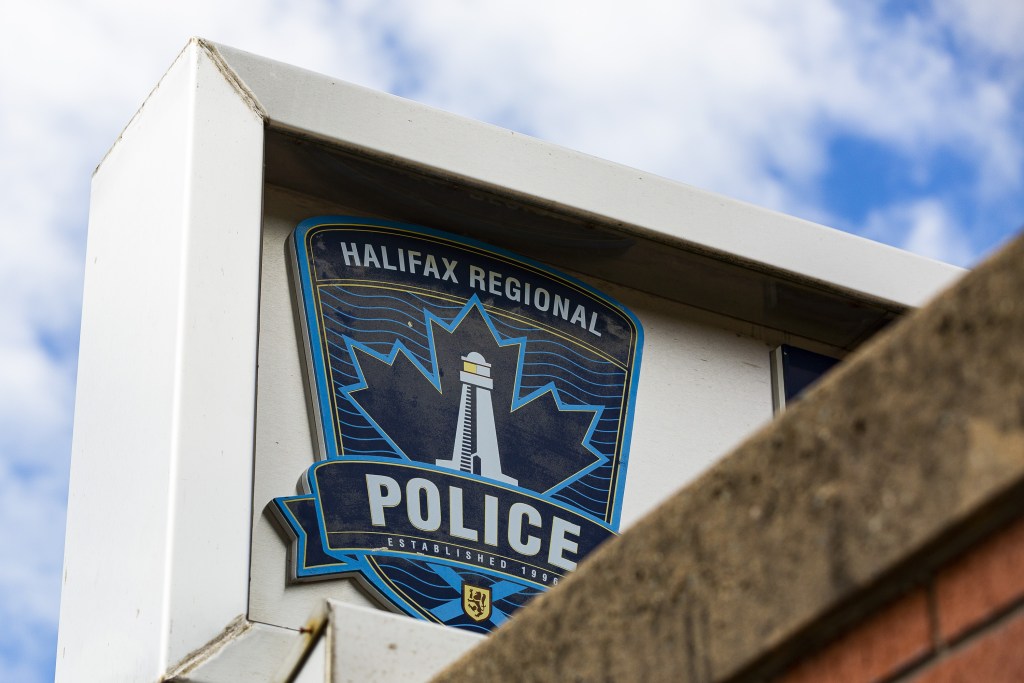 It’s up to the police to investigate whether there are “structural, institutional or systemic issues” involved in a complaint against the police, a city lawyer argued in a brief submitted to the Nova Scotia Police Review Board.

In what the police chalk up to a case of mistaken identity, Kayla Borden was pulled over and arrested for no reason on July 28, 2020 in Dartmouth on her way home from a visit with her cousin in Bedford. El Jones first reported on the case for the Halifax Examiner later that day. Borden filed a complaint, and as the Examiner reported in October, the police didn’t make it easy.

Halifax Regional Police investigated themselves and found no wrongdoing in the case, and Borden and her lawyer, Devin Maxwell, appealed the decision. It’s now before the Police Review Board, and earlier this month the Examiner reported on Maxwell’s efforts to broaden the scope of the complaint and the eventual hearing into the case. 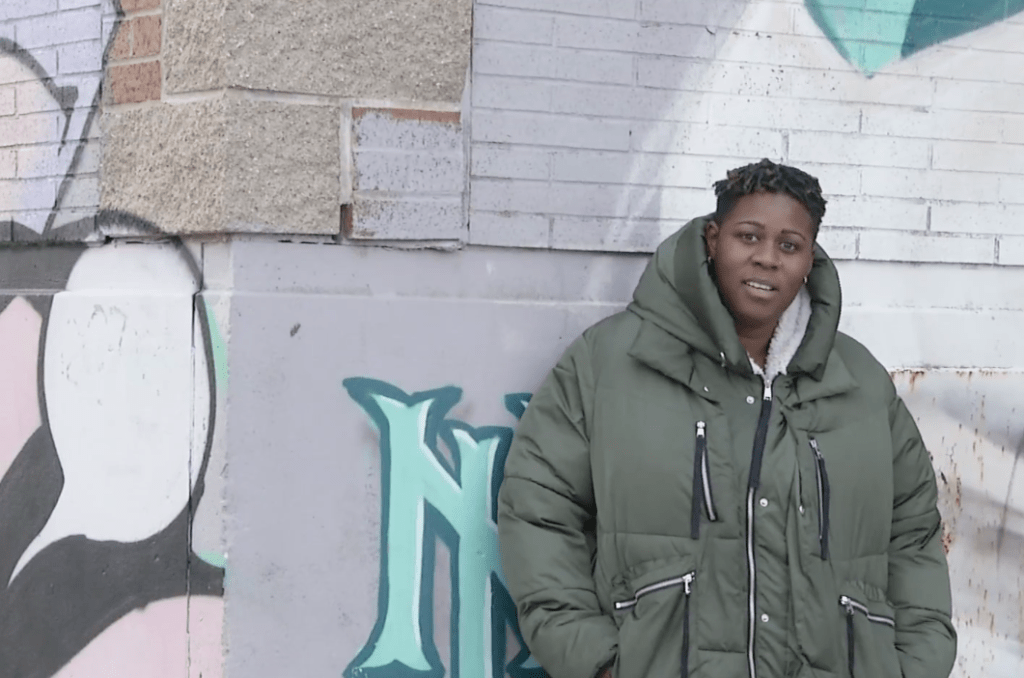 In his preliminary submission to the board, Maxwell wrote, in part:

Salsman argued it was Borden, in her complaint, who defined its narrow scope.

“In general, when complaints are received, a complainant may not be in possession of all the necessary information to provide particulars such as names of all the officers involved,” Salsman wrote. “However, it is generally expected that a complainant would be aware of what conduct or facts give rise to their complaint.” 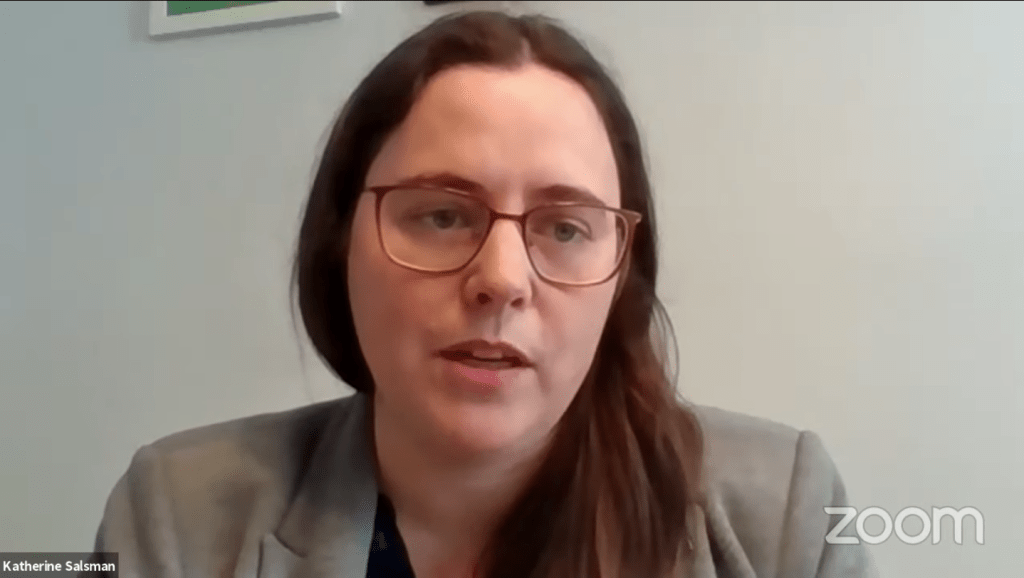 “The investigation, and which officers are named as subject officers,” Salsman argued, “are tailored around the facts set out by the complainant … and any subsequent conversations or interviews.”

But Salsman also argued that the investigators of a complaint “determine which officers were directly involved in that conduct.”

“Other officers who are present, but not directly involved in the complained of conduct, would be interviewed as witnesses, unless there is a reason to believe that there may be some indirect involvement, such as a failure to fulfill a duty,” she wrote.

As for the systemic issues Maxwell hopes to tackle in the review board hearing, Salsman argued Borden didn’t raise them in her complaint and the investigator didn’t think they were relevant.

“Where a complaint is made against HRP as a whole, it is the investigator’s responsibility to investigate and consider any structural, institutional or systemic issues,” Salsman wrote.

“However, where a complaint does not raise such a complaint, they will not be specifically investigated unless it becomes evident to the investigator or disciplinary authority that there are issues, policies, or practices that must be considered to fully respond to the complaint.”

Salsman argued that when Jefferies interviewed Borden about the case, at Maxwell’s office, neither of them argued for a broader scope.

“No objections or concerns were raised at this time about those officers being considered witnesses rather than respondent officers, nor was there any indication given that Ms. Borden wished for the complaint to be extended to HRP as a whole,” Salsman wrote.

In a brief responding to Salsman’s, filed on Friday, Maxwell wrote that the “submissions made on behalf of the HRP act to further demonstrate the hubris and opacity with which the police deal with the public generally and, in particular, Halifax’s Black Community.”

“Here, the HRP has taken things a step further by not only policing itself, but also unilaterally and arbitrarily determining the nature and substance of complaints against its members. Unironically, Ms. Salsman declares, in her submissions, that this is standard operating procedure for the HRP,” Maxwell wrote.

Maxwell disagreed with Salsman that he or his client ever had a chance to question the scope of the investigation because, he wrote, they weren’t told which officers were being investigated and which ones were merely witnesses.

“According to her, Kayla should have gathered more information about her arrest while she was swarmed in the middle of the night by eight police officers in six police vehicles. She should have ‘clarif[ied] the bounds of her complaint’ during the interview with Sgt. Jefferies. Ms. Salsman concludes that the HRP ‘conducted the investigation appropriately, and based on the details of the complaint that were provided to it by the complainant.'”

As for the scope, Maxwell argued again that it should encompass every officer present for that middle of the night arrest and the events leading up to it.

“All of the officers who followed and stopped Kayla’s vehicle that morning had the opportunity to prevent a wrongful arrest,” he wrote, continuing:

Any one of these officers could have questioned why they were following and stopping a gray Dodge Avenger when they were looking for a “black or dark-coloured Pontiac”.

Any one of those officers could have spoken up and asked why they were following and stopping a vehicle that clearly had a licence plate when the vehicle they were looking did not have one.

Any one of those officers could have wondered why the vehicle they were following complied with every traffic law when the driver they were looking for was known to be driving recklessly.

Any one of those officers could have identified Kayla as a Black female who wasn’t wearing a baseball cap.

Any one of those officers could have stopped Cst. Martin from forcibly removing Kayla from her vehicle when it was obvious to every single one of them that she was not the suspect they were looking for.

Instead, every single one of those officers chose to keep quiet, stand by, and let it happen.

Addressing Salsman’s argument that “it is the investigator’s responsibility to investigate and consider any structural, institutional or systemic issues,” Maxwell wrote:

A young Black woman is arrested needlessly, avoidably and unlawfully by at least eight HRP police officers and the HRP decides whether the HRP has any structural, institutional or systemic issues.

Kayla would feel more comfortable if that decision was made by an independent and impartial civilian board.

The lawyer for the two officers HRP did consider in Borden’s complaint, Nasha Nijhawan, also submitted a preliminary brief earlier this month, asking for specific allegations against the two officers.

“Put another way, the officers would like to know, specifically, what conduct Ms. Borden will seek to prove constitutes which alleged offences by which officer,” Nijhawan wrote.

Nijhawan originally made no submissions with regard to Maxwell’s push for a broader scope, and he concluded in his response that she “appears to concede that the Board should hear the matter as a complaint against all of the officers and the HRP as a whole.”

In response to the request for particular offences he plans to prove against Martin and Meisner, Maxwell argued his client “does not have the burden of proving her case prior to the hearing.” But he also listed each officer’s involvement, not just the two arresting officers’, and why Borden is complaining about them.

“Collectively, the officers are responsible for the false arrest of another young Black Nova Scotian,” Maxwell wrote. “The arrest is simply inexplicable and given the history of systemic racism within the HRP, Kayla and the rest of the province’s Black Community demand and deserve an explanation.”

In a reply to Maxwell’s original brief, filed on Friday, Nijhawan addressed Maxwell’s proposed widened scope, noting none of the other officers named “have been provided with notice or the opportunity to respond to the complainant’s motion.”

“The respondent officers concur with the HRP’s position that it would be procedurally unfair to add officers who have been involved to date as ‘witness officers’, particularly where they have provided statements in this matter while under the impression that they were in no jeopardy of disciplinary action,” Nijhawan wrote.

As for the broadening of the scope to include HRP as a whole, Nijhawan wrote that the respondent officers don’t take a position.

“However, the Police Review Board must be cognizant of its own jurisdiction, and should not hear a complaint which properly falls under the jurisdiction of the Nova Scotia Human Rights Act,” Nijhawan wrote.

HRM lawyer Salsman filed a reply to Maxwell’s original brief on Friday, too, taking issue with some of what he called undisputed facts, and again arguing he and Borden should’ve indicated earlier that they wanted the investigation to consider more than the two arresting officers. It would now be “procedurally unfair” to bring the other officers into the review.

But Salsman’s submission did make a concession on the idea of broadening the scope to include the police force as a whole:

HRP maintains that it acted properly by not construing the complaint as being against HRP in general, as it was never made clear in the course of the investigation that this was included in the bounds of her complaint. In addition, nothing arose during the investigation suggesting that broader departmental practices had impacted on the circumstances. However, HRP does not claim that it would suffer prejudice should the hearing of this appeal be expanded to include HRP in general, and does not object to the Board considering departmental concerns at the hearing, as this is within the jurisdiction of the Board in any event.

With the preliminary submissions in hand, the board will now make a decision on the question of scope before scheduling a hearing.

*This story was updated to add details from Nijhawan and Salsman’s replies.