You are here: Home / City Hall / What won’t get done in 2020: Halifax councillors look at COVID-19 capital budget cuts 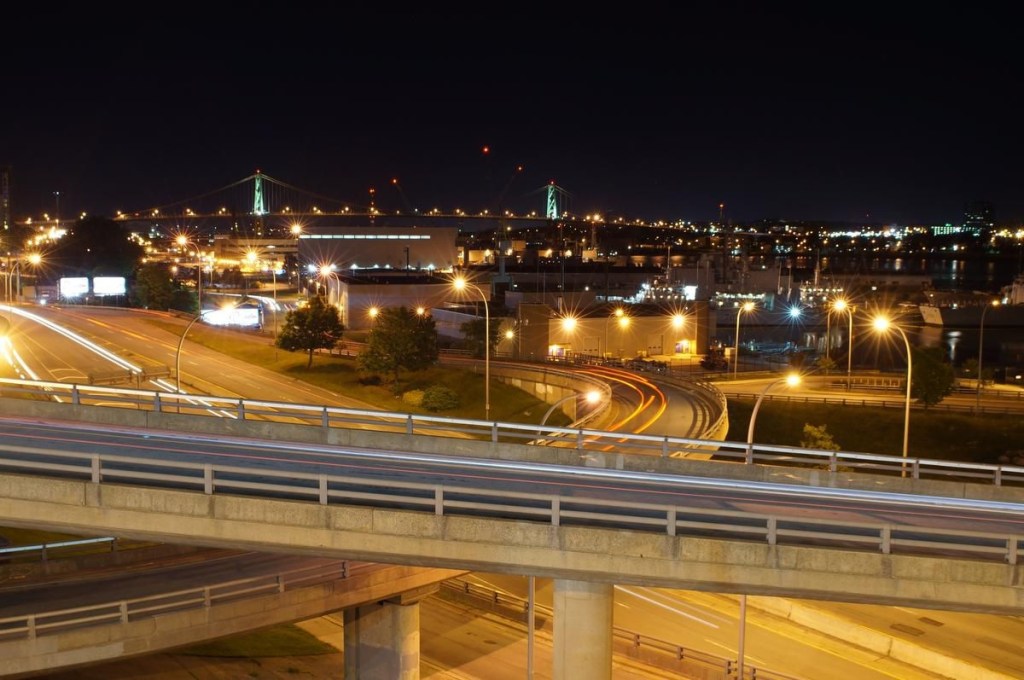 Halifax councillors tackled cuts to the city’s capital budget on Thursday, adding and subtracting from a list of more than $100 million in projects that won’t be completed in 2020.

Along with $85.4 million in cuts to the operating budget, Halifax is looking to slash its capital spending — for things like new buildings, renovations, vehicles, and road construction — by more than $100 million due to COVID-19.

Finance staff have recommended cuts of $53.5 million from the capital plan, and another $54.9 million in deferred spending, bringing the total planned spending on capital this year down to $207.8 million.

“To be frank, there is no way we can deliver a program like that this year,” he said.

“The average plan we have delivered over the last three years is in the range of $165 million.”

And that was management’s story for nearly every cut councillors asked about: they wouldn’t be doing it anyway.

Crumbling Cogswell to stick around

Among the highest profile cuts was $26.3 million from the budget for the Cogswell Interchange redevelopment, leaving that budget at just $750,000.

Construction work was supposed to begin this year, with demolition originally planned for last fall. 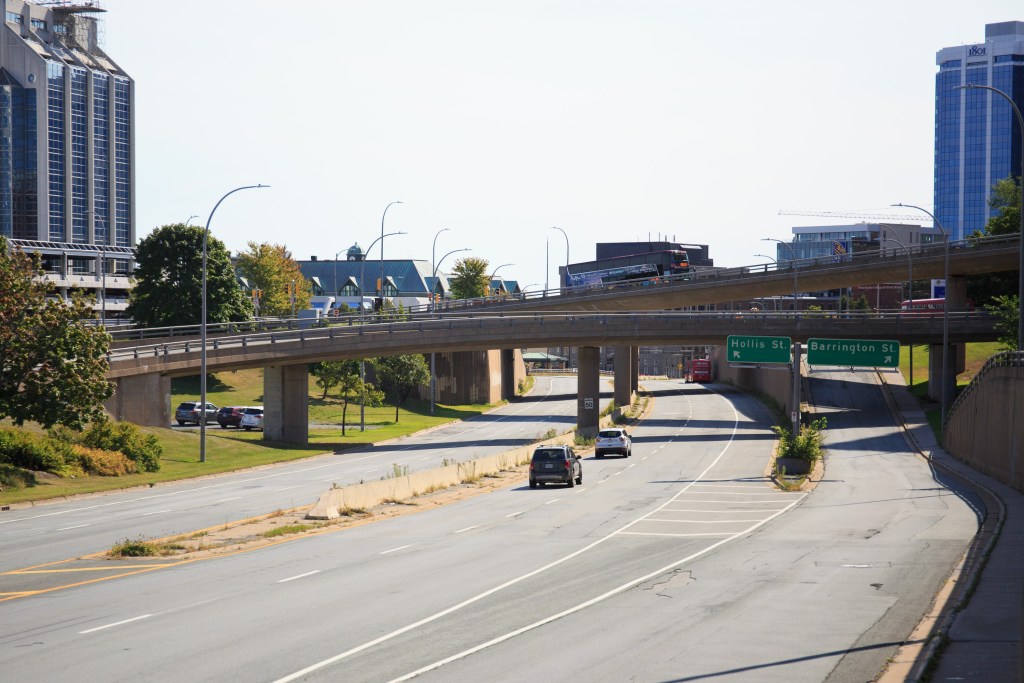 The Cogswell Interchange in 2018. — Zane Woodford

“We did tell the public that we’d be in the ground this year,” Mason said.

Anguish said Mason had it “pretty much on the money.” His team is working through the last few issues with the design and writing the tender.

“Essentially what we’re trying to do is get ready to get a report to council that literally will clear the way for council to give us the green light to proceed to construction,” he said.

“We’re getting incredibly close to being ready to go for a tender for construction.”

Mason also asked about the cuts to the bike network approved by council — a $3.4 million reduction in spending for 2020-2021 down to $2.8 million. Anguish told him the work is a “tough slog,” and they’d be ready for construction next year.

The Spring Garden Road streetscaping project is being cut by $7.5 million down to $2.3 million, and Mason was told the work planned for this year will go ahead this year.

Coun. Lorelei Nicoll, chair of council’s transportation standing committee, asked about a cut of $870,000 to the road safety improvement budget, bringing that line item down to $2.3 million.

“I’ll put my transportation standing committee hat on for a minute because a big concern of residents across the municipality is road safety,” Nicoll said.

“We’re in a pandemic, people are to stay home, but for some reason I get a dozen speeding complaints every day.”

Anguish told Nicoll there’s no direct cut to any road safety improvements, and part of the savings came from a cancelled project. There was an intersection upgrade scheduled at the corner of Kaye and Young streets that was cancelled because of an issue of timing with Halifax Water.

“As far as direct delivery to communities, we have not really touched anything in this budget,” Anguish said.

“Everything I think a councillor would be mostly concerned about is in play.”

“It’s not on the same scale,” he said, “but we’re basically taking our 1960s, 1970s outdated, out-modelled road infrastructure, in this case Alderney Drive, (and) we’re slimming that down, we’re adding pedestrian and cycling on it and a multi-use trail, we’re enabling redevelopment in Dartmouth Cove … and of course we’re creating new public spaces.”

The project enables the next phase of the daylighting of the Sawmill River and a major development in the industrial area next to it, Dartmouth Cove.

The proposal in the recast budget was to cut $2 million from the budget line for Downtown Dartmouth Infrastructure Renewal, leaving just $50,000. The money, Austin said, is for land acquisition, and cutting it would be “penny wise, pound foolish.”

He said Halifax Water needs HRM to buy the land to enable the Sawmill River project, and that’s eligible for federal infrastructure funding. And he argued that the new development in Dartmouth Cove would increase property tax assessments.

The motion to consider keeping the funding passed 14-3, with councillors Steve Streatch, Russell Walker, and Paul Russell voting no.

Councillors added a few items to the chopping block on Thursday, including $1.7 million for renovations at Halifax Regional Fire and Emergency’s historic Station 2 on University Avenue.

That building, opened in 1903, has been in rough shape for years.

“I had a tour of Station 2 about nine months ago now,” Mason told councillors. “The closest I’ve ever been to literally losing my mind on this job is when I saw that the ceiling on the second floor ready room was still leaking five years after the first time I toured the facility.” 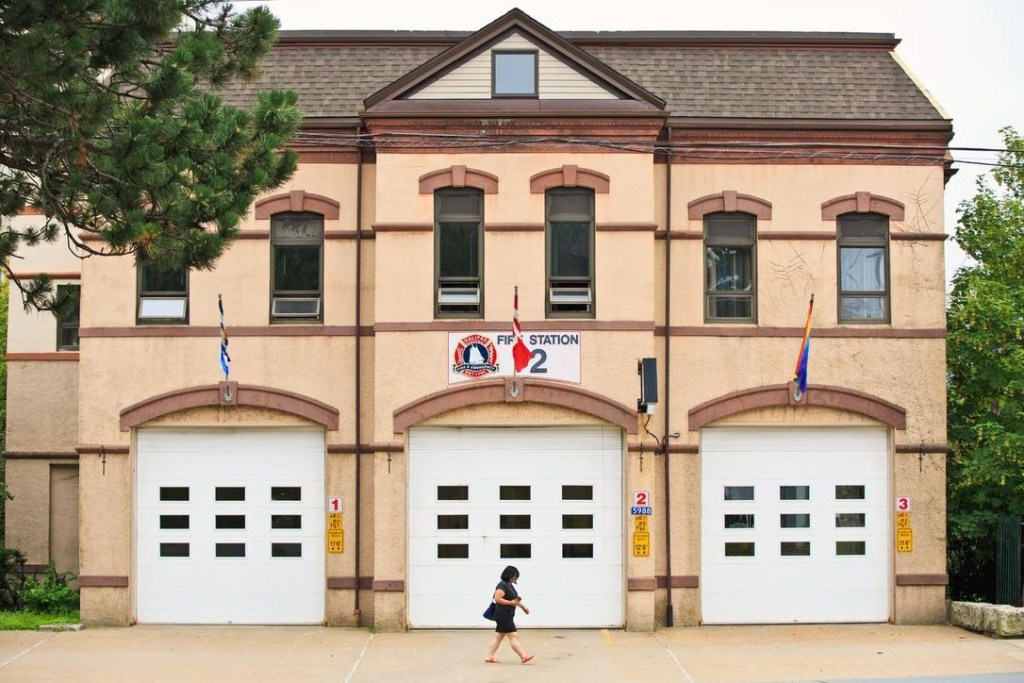 A pedestrian walks past Station 2 on University Ave in 2019. — Zane Woodford

Chief Ken Stuebing told councillors the roof has since been fixed, and the upgrades planned for this year are interior renovations to finish the job. The union, the Halifax Professional Firefighters Association, told him they’d be fine with deferring that work in favour of keeping staffing.

“While we can’t target that, I do feel that if they’re willing to do that and we know that we’re going to be debating bring[ing] the fire budget back in line with full funding … then that’s an appropriate deferral to make,” Mason said.

Mason made the motion, passed unanimously, to add that line item onto the list for consideration later the budget process. That’s money that was still included in the budget that council will now consider cutting.

Councillors voted in favour of a motion from Austin to do the same with about $3.8 million spread over two line items for “corporate accommodations” — plans “to renovate and revitalize HRM’s core administration spaces.”

Austin asked for a report with a breakdown of that spending, looking to reduce but not eliminate those budget lines.

The money was already planned for deferral by a year, and Cleary argued many of the groups councillors would normally grant the money to aren’t operating. Some of his colleagues disagreed.

“I’ve got community groups now that can’t even do any fundraising right now so they’re more dependent on any capital assistance right now than ever before.”

Cleary’s motion to cut the funds in half passed 10-7.

There was also another cut added earlier in the week: Coun. Paul Russell added $400,000 for streetscaping to the list of potential cuts on Tuesday. Staff said that money is typically used to widen sidewalks and make other improvements when new developments are finished.

Council’s budget committee meets again on Friday to review a list of “shovel-ready” projects that the city wants to use to apply for federal and provincial funding that might offset some of its cash flow issues due to late property tax payments.

The cuts added or removed to the list on Thursday will be brought back with more information from staff and then subject to a final vote closer to the end of May.

The final capital and operating budgets are tentatively scheduled to be approved on June 9.