You are here: Home / City Hall / We need a simple and fair low-income transit pass solution 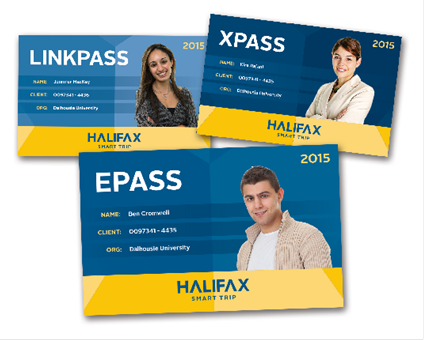 Hardly anyone is applying for Halifax’s low income transit pass pilot project. Why not?

On July 4, the city launched its low-income transit pass pilot project, which would provide 500 half price transit passes to residents who qualify by virtue of their low income.

The city took some criticism for the low number of passes being made available in the pilot, but after only getting 340 applications by the closing date of July 15, it became clear something was amiss. The city has extended the deadline to tomorrow (July 22) with one last media push to get people to apply.

According to Statistics Canada, in 2010 there were over 146,000 people aged 15 and over making under $29,999 in Halifax. And there were 35,875 households with combined incomes under $29,999. So we can pretty much establish that a shortage of low-income people is not the reason behind the low application numbers.

The big problem may be with the qualification criteria for the program.

At first glance, the criteria seem reasonable. Everyone with income under $33,000 a year can qualify. But it’s not so simple, or fair. Halifax is using household income as its measure, not individual income. And your household, according to the city, includes roommates.

Imagine you are working a full-time, minimum wage job at Dartmouth Crossing. That puts your gross income around $21,000, and you are in desperate need of a monthly bus pass. Trouble is, you share a two-bedroom apartment with a roommate whose part-time minimum wage job rakes in about $13,000 a year. Sorry, but neither you nor your roommate qualify as “low income”.

Yes, somewhere there are four people living together, each pulling in a whopping $9,000 a year, and none of them qualify for the Low-Income Transit Pass Pilot Program.

As if that’s not enough, your application for the program must include actual Canada Revenue Agency Notices of Assessment for every member of your household, which you bring in person to one of four HRM customer service centres in our sprawling municipality. If one of your roommates is disorganized enough not to have filed yet, or if they wisely don’t feel like sharing their personal information with you, you’re out of luck.

Not only does the city penalize you for having roommates, but you are also penalized if you have dependants. A single person living alone making $32,000 will qualify for the discounted pass. But a single parent supporting two kids making $34,000 will not.

And please keep in mind, this is not a free pass. Qualification for the program gets you the privilege of buying a pass from Metro Transit at half-off, but the pass will still cost you $39-$55 per month, depending on which type you need.

We know there are plenty of people out there who are low income, and we know we want to get more transit passes in their pockets. Sadly, it seems we just don’t know how.

As for the poorest residents of HRM, I wrote back in May about the fact that they are essentially shut out of this assistance program. Just under half of income assistance recipients receive a transportation stipend from the province, which excludes them from the city’s program. Why? Because the city thinks the province should cover transportation costs for those folks, and they are probably right. That is why we have a provincial Department of Community Services, after all.

But even that challenge is surmountable, if only the two levels of government could see fit to cooperate long enough to take it on. I support the idea of a bulk purchase of passes for all income assistance recipients, similar to the U-pass program coordinated with local student unions, but I’m sure there’s other possibilities.

As for the low-income residents that the Low-Income Transit Pass pilot program was intended to help, there’s clearly work to do.

For those that do happen to qualify, you have one day left to get your paperwork together.

For the city staffers who designed the program, hopefully you can get in touch with the realities of what “low income” means in HRM, and then make the necessary moves to give these potential transit riders a simple and fair helping hand.