You are here: Home / City Hall / Utility and review board says it can’t waive Halifax Water fees for affordable housing 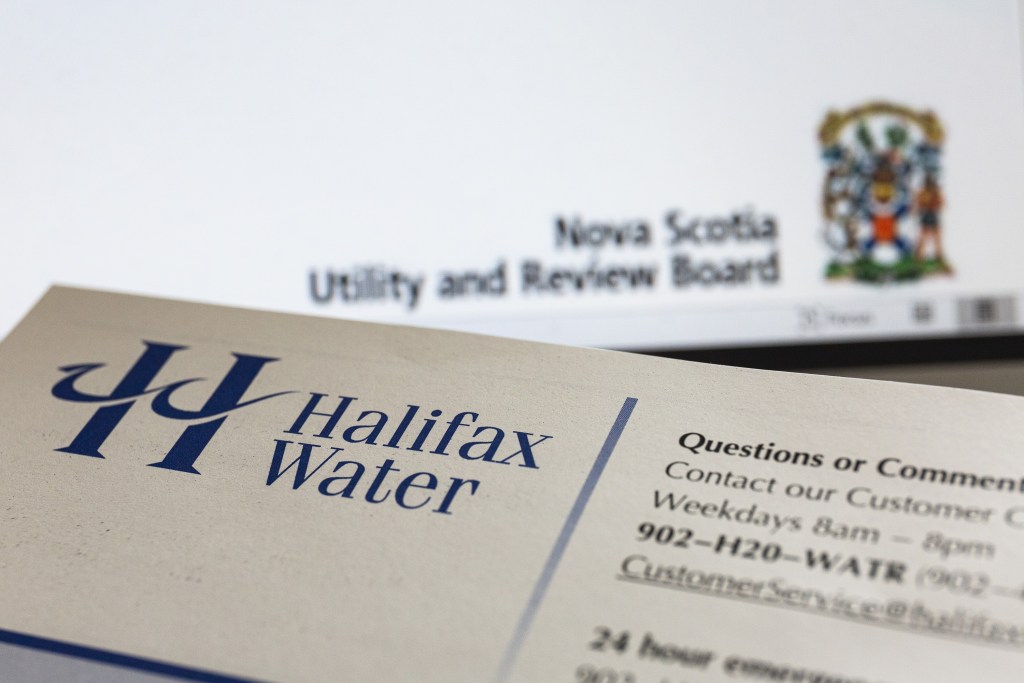 Halifax Water applied to the Nova Scotia Utility and Review Board to change its rates, rules and regulations. — Zane Woodford

Nova Scotia’s Utility and Review Board says it has no authority to waive Halifax Water’s fees for non-profits building affordable housing, and those fees are likely going up.

In a decision released Thursday, the UARB approved Halifax Water’s request to increase its regional development charge, or RDC. The RDC is meant to pay for direct sewer and water connections to the buildings, but also for the increased load on the surrounding system from new development.

The charge is broken down into water and wastewater charges, with three categories for single-unit dwellings, for multi-unit residential buildings, and for industrial, commercial and institutional buildings.

The charges currently add up to $4,263.68 per single-unit dwelling, $2,863.67 per multi-unit residential unit, and $2.33 per square foot in industrial, commercial and institutional buildings.

Halifax Water applied last year to increase those charges significantly to finance its infrastructure planning. The water portion of the charges, which is currently $182.88 per unit for single-unit dwellings and $122.83 per unit in multi-unit residential would rise to $1,810 and $1,216, respectively. The wastewater charges would see more modest, but still 20%, increases.

In its decision this week, the UARB has approved the increases, but based on submissions from intervenors, it asked Halifax Water to revise the numbers. The utility has until the end of November to submit a compliance filing with new figures.

For years, those nonprofits have identified the regional development charge as a barrier to the creation of below-market housing in the municipality.

In 2018, Ross Cantwell, a developer and president of the Housing Trust of Nova Scotia, laid out the problem as his nonprofit faced it when trying to develop two mixed-income buildings along Gottingen Street. As the Star Halifax reported at the time:

Cantwell convinced council to waive part of their building permit fees: almost $228,000 for both of the Housing Trust’s planned developments on Gottingen St.

“They gave themselves a big pat on the back that they waived the building permit,” Cantwell said.

But Housing Trust is still on the hook for almost $715,000 in regional development charges, with Halifax Water taking more than $2,700 per unit for sewer and water connections.

“We asked them to waive (the regional development charges) and they said, ‘Oh we can’t because … the Halifax Water Act does not allow us to do that, so you would have to petition the Utility and Review Board.’”

Cantwell hoped the municipality would be willing to petition on their behalf, but it hasn’t. And while the municipality can’t waive the Halifax Water portion of the development fees, it could offset it in the future through grants from a housing reserve fund.

The municipality has since further waived its own fees for nonprofit housing — and established that grant program and reserve fund — but the Halifax Water charge remains. The Housing Trust has had to sell one of its two properties to try to make the other one happen.

Earlier this year, Affirmative Ventures in Dartmouth ran into the same problem in trying to develop a new six-storey, 45-unit building in Dartmouth where half of the units would rent for as little as 50% of market value. As the Examiner reported, it’s looking at more than $200,000 in Halifax Water fees.

Both Affirmative Ventures and the Housing Trust of Nova Scotia sent letters to the UARB regarding the application to increase the fee. Read both letters, including breakdowns of each organization’s fees, here.

In its letter, Affirmative Ventures outright opposed the increase in fees:

“We are writing in opposition to Halifax Water’s application to increase its fees for wastewater and water connections and respectfully ask that the Utility and Review Board set aside these proposed fee increases,” wrote Ken Greer, chair of the Affirmative Ventures Association.

In its letter, the Housing Trust of Nova Scotia asked the UARB to create a different rate for nonprofits:

“Ideally, the RDC charges should be reduced to zero,” Cantwell wrote. “HRM is in desperate need of more affordable housing. I urge the UARB to provide a mechanism for the HRWC to waive all RDC’s associated with affordable housing.”

Included in Halifax Water’s application to raise the overall charges was a proposed clause to defer the fees for affordable housing developments, as per a request from the municipality. That clause reads:

The board went for none of the above.

In its decision the UARB asks the question, “Does the Board have the jurisdiction to waive or reduce RDC charges for developers of non-profit housing?”

“The Board concluded that the legislation did not authorize it to reduce power rates based on the income level of the customer and denied the requested rate relief,” the decision says.

Dalhousie Legal Aid appealed that decision, and was denied at the Nova Scotia Court of Appeal, which upheld the board’s finding that under the Public Utilities Act, everyone should be charged the same amount for receiving the same services.

“Accordingly, while the Board is mindful of the impact of RDC rates on the development of affordable housing, the Board does not have the jurisdiction under the Public Utilities Act to waive or reduce the RDCs by reason of the affordability of those rates or charges for a segment of the public,” the decision says.

“All customers of Halifax Water who receive a similar service from the Utility must be charged the same rate.”