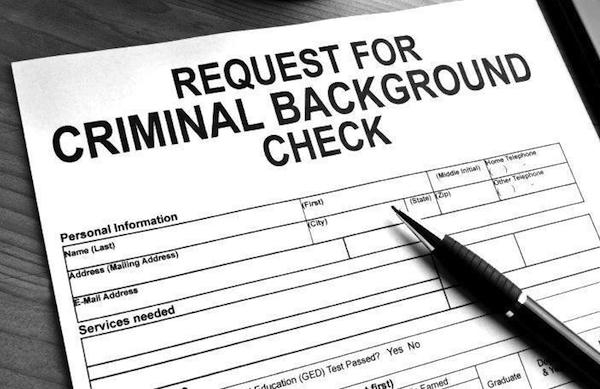 On Wednesday, the Budget Committee of Halifax Regional Council will consider whether to make background checks for students and volunteers free, as they are everywhere else across the province. In Halifax, approximately 11,700 volunteers a year pay $30 to police or an online provider to determine if the individual has any prior convictions or pardons for sex crimes. Employees pay $50 for the same service, with those applications hovering around 20,000 in each of the past two years.

In November, the Halifax Examiner published an article using 2015 data from a report to the Board of Police Commissioners which showed the fees the public were paying represented between a 42 per cent and 136 per cent markup on the cost of delivering the record check. The average cost of service was pegged at $21.13 at that time, suggesting record checks were an easy source of revenue being used to subsidize or offset higher wages for police officers.

HRM Police refused to provide more up-to-date information on the grounds it would require too much time and effort. The Examiner filed a Freedom of Information request, which yielded some additional although incomplete figures. The good news is that the report HRM Police prepared for a meeting of the Budget Committee this week provides a thorough picture of the revenues, expenses, and profit related to background checks carried out over the last four years. (See pages 5,6, and 7 , here.)

The bottom line is eliminating the fee for volunteers/students would cost HRM approximately $300,000 a year, based on data from the last four years. That’s chump change compared to the size of the actual police budget. HRM’s proposed police budget now sits at $89,270,000, with most of that dedicated to paying police salaries and benefits. Dropping the fee for volunteers would mean a $240,000 annual cut to the police budget. HRM would see a drop of about $60,000 a year because the fees collected by the Halifax District RCMP go directly into General Revenue. The report prepared by the police department to the Budget Committee raises the following point:

It is also worthy of note that in the event Criminal Record Checks are delivered free of charge, it is safe to assume that the actual number of such Checks would increase due to increased demand.

Employees of several volunteer agencies interviewed by the Examiner last November said fees are a barrier to people on fixed incomes who don’t even consider participating. Often the volunteer agency assumes the cost in order to recruit and retain people.

If Council were to consider dropping all fees for background checks, including those requested by employees who pay $50 in HRM, the loss of revenue would be between $683,000 and $930,000 a year. That is not something being proposed. In fact, the report prepared for the Budget Committee questions just how much value organizations should actually place in this procedure they are paying for.

It would appear that a number of organizations have increased their reliance on this process as a form of background investigation. It is important to highlight that CRCs (Criminal Record Checks) are simply a snapshot in time of a criminal conviction and may do very little to help organizations understand the quality of the candidate before them, including their ethics and reliability. The CRC should form but one component to a meaningful selection process. As well, any individual who is unable to receive a CRC due to a criminal record may well be able to contribute in a meaningful and legal manner to any organization in spite of a criminal conviction.

The Budget Committee will revisit the entire Police Budget and its impact on the city’s tax rate — proposed to increase by 1.9 per cent next year — on Wednesday.