You are here: Home / City Hall / The lowly bus stop, and why we have so many of them 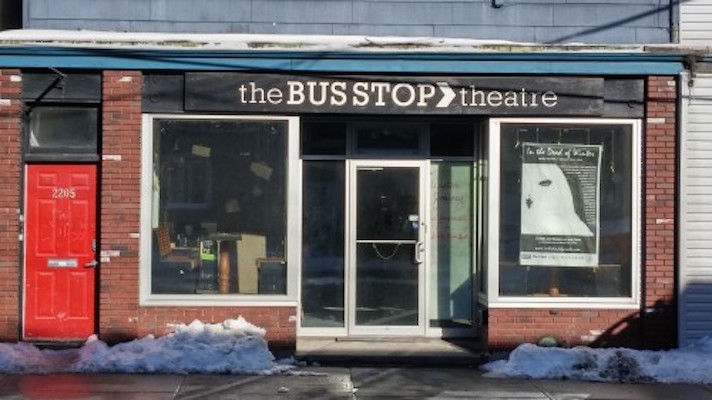 The season for thinking about transit is upon us. In March, Halifax Transit will bring its Moving Forward Together (MFT) plan back to council. It will be the biggest thing to happen to our bus network in decades, and we all need to stand up and pay attention. As Sean Gillis of transit advocacy group It’s More Than Buses told me recently, referring to buses: “Even if you don’t personally ride them, you have to care. They’re too much of the budget, and there’s too many people depending on them.”

This week I’m starting the conversation small, asking you to consider the lowly bus stop, and why we have so many of them.

Halifax Transit has about 2,300 bus stops on about 520 kilometres of roads with bus routes. That makes for an average of about 225 metres between stops, meaning that many distances can be much shorter than that. The range starts as low as 95 metres, and goes up to 2.6 kilometres on more rural routes.

You know those times when you’ve barely found a seat before your bus pulls into its next stop? Well, 95 metres is barely enough time to find a seat.

But why does something as seemingly inconsequential as the distance between two bus stops matter? In short: accessibility and speed. The closer-packed your stops are, the easier to access your bus system is. But what you make up on accessibility, you lose on speed. Bus routes jammed with stops every 150 metres run slower than routes with more generously spaced stops. Transit planners walk a line between keeping walking distances low enough to be attractive to riders, and keeping routes fast enough to be attractive to riders.

In Halifax, we seem to have invested heavily on the short distances between stops, at the expense of speed. Spring Garden Road and Barrington Street have been called ‘transit sewers’ for the sheer volume of bus routes they host, and the stop distances are often less than 150 metres, rarely going above 200 meters.

Transit consulting guru Jarrett Walker recommends 400 metres between stops as a guidelines. When It’s More Than Buses (IMTB) came out with their version of a revised route system back in September 2014, they based their plan on bus stops being roughly 500 metres apart. That’s a big difference from our current system. Although Halifax Transit guidelines suggest a minimum of 250 metres between stops, the reality is an average distance of only 225 metres.

Gillis and IMTB focused their plan on making buses faster, which meant reducing the length and complexity of routes, but also extending the distance that people would have to walk to get to a stop.

Gillis wants to see us focus on fast transit, and sees things like bus stop spacing as a missed opportunity. He supports much of the changes in the MFT plan, such as designating 10 corridor routes and focussing service on them. “That’s wonderful,” says Gillis. “We’re not going to argue with that. But in a lot of ways it’s still the same type of service we have now. Lots and lots of stops, stuck in traffic, and not really trying to be high performance.”

It’s possible that with slightly fewer stops, we might also get better quality stops.

Gillis also thinks things like all-door boarding and raised platforms at stops are potential ways to speed up our buses. Imagine people queuing up at two doors instead of one, and walking or rolling directly on the bus from a raised platform at the stop. “When you look at some of the busy stops,” says Gillis, “that does start to make a huge difference. If you’ve got 25 people getting on at a stop, if they take a minute and a half now, there’s the time savings to be had. On every single bus.”

It’s unlikely that Halifax Transit’s MFT plan will include changes to our stop spacing, though it’s possible that such adjustments could come later, says Patricia Hughes, acting manager of planning and scheduling at Halifax Transit.

“I think that will be something that we will work on as part of the implementation plan and determine how much finessing we can do as part of the roll out,” says Hughes.

When I spoke with her, Hughes made an excellent point about stop spacing, one I’ve read from Jarrett Walker as well. When it comes to making sure people can walk to the bus stop, says Hughes, “it depends on how the roads are.”

It’s another case of transit planners being essentially at the mercy of the road network and development planners in any given city. In a new suburban neighbourhood, full of cul de sacs and lacking pedestrian pathways, the catchment for every bus stop is ridiculously small. But in a denser area with a grid of streets and pedestrian pathways, each stop is accessible to much larger number of possible riders.

As Jarret Walker points out on his Human Transit blog,