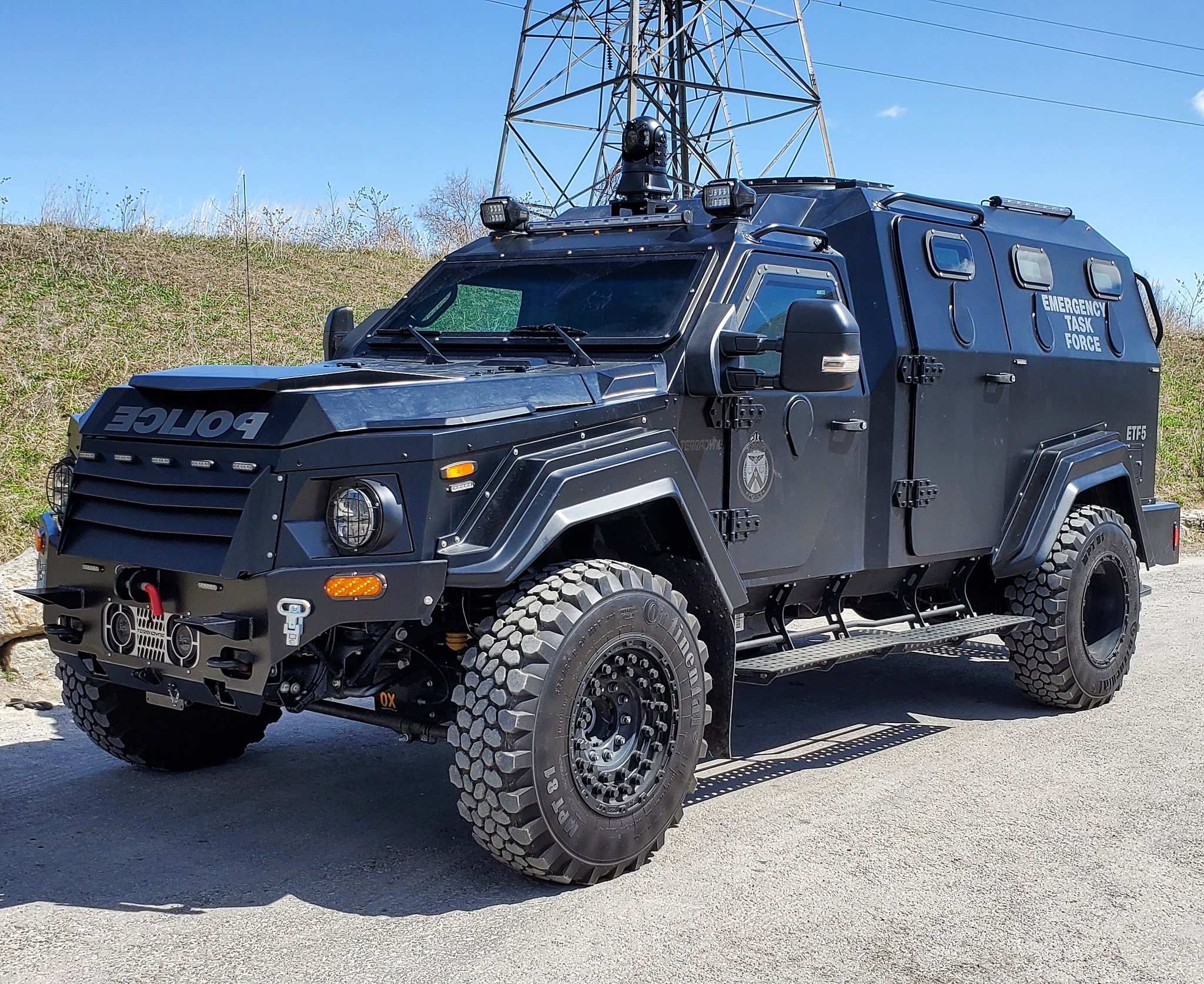 Halifax regional councillors voted on Tuesday to cancel the purchase of an armoured vehicle for the city’s police and reallocate the funding to diversity and inclusion, public safety, and fighting anti-Black racism.

Councillors voted to redirect $53,500 to city’s office of diversity and inclusion to make up for a planned cut this year; a total of $36,000 to its public safety office, separate from the police force; and the remaining $300,000 will be used to fight anti-Black racism. Adding up to $389,500, that’s more than the vehicle was expected to cost but less than originally budgeted.

The motion from Coun. Shawn Cleary to cancel the order, seconded by Coun. Lindell Smith, passed 16-1. Coun. Stephen Adams cast the sole ‘no’ vote, citing officer safety. Councillors voted on the reallocation of funding separately, and that motion passed unanimously.

It’s unclear what the contract cancellation will cost the municipality, if anything. Councillors spent an hour in camera hearing legal advice about the cancellation and came out of the private meeting seemingly unfazed about any fallout.

The Halifax Examiner requested a copy of the city’s purchase order with Terradyne, the Ontario company with the winning bid for the vehicle. City spokesperson Maggie-Jane Spray said, “As this is not part of routine disclosure, you will need to submit a FOIPOP request.”

Council first approved the purchase in April 2019 with a budget of $500,000. Police presented the idea to the board of police commissioners the day before it went to a vote at council, arguing they needed the “rescue” vehicle to respond to crises including active shooters and even natural disasters.

Citizens criticized the purchase leading up to the meeting — happening at the same time as a discussion around criminologist Scot Wortley’s report that showed Black people in Halifax are six times more likely to be carded than white people — but the motion ultimately passed.

Several councillors said they changed their minds after receiving hundreds of emails over the past week calling on them to defund the police and cancel the armoured vehicle purchase in the wake of the police murder of George Floyd in Minneapolis and protests of police brutality across North America.

“When we’re talking about police brutality and racism and systemic racism and discrimination, that is something that I’ve faced for my entire life,” Smith told his colleagues.

“We’re now seeing an influx of people from all walks of life saying, ‘We see the pain.’ I know many folks are feeling tired and feeling anxious and feeling worried. I get it. Yeah, it sucks. That is the story of what many people of colour face on a daily basis.”

Kinsella told councillors the vehicle is a “tool” to help the police in “life-threatening, bullets flying situations.” He said “many, many major cities in Canada have them.”

“We have an opportunity here to obtain another tool that will be of assistance to the police, understanding its presence, its image, its effect on people,” he said.

“When I look at that, I don’t look at a rescue vehicle. I look at something that can be used offensively,” he said.

“The message that we send today is going to be very important and is going to resonate throughout the community,” Streatch said.

“It hurts me to think that there are members of our community that view a purchase like this as intimidation upon them, and it scares them.”

Deputy Mayor Lisa Blackburn was another councillor who reconsidered. She thanked the hundreds of people who emailed her and said she feels like you can’t defund the police without a plan.

“And here is my plan: future police budgets, I want you to come to the table with a Wortley report checklist, and my support for any future budget increases will be directly related to how many green check marks are next to Wortley report recommendations,” she said.

But councillors didn’t debate further defunding the police on Tuesday. They maintained a COVID-19 budget cut of $3.5 million, reduced from the original cut of $5.5 million — which Kinsella said would have no adverse effect on public safety.

With the RCMP budget of $27.5 million, the total policing budget in the municipality is $124.3 million — about 13% of this year’s overall operating budget.

The tax rate remains flat, representing a 1.4% increase to the average residential property tax bill. Council voted to use surplus money from the 2019-2020 budget year to offset several items for which it voted to restore funding and to create a contingency fund for future pandemic-related losses.

Halifax will also borrow up to $130 million in the form of a short-term loan from the provincial government at 1.1% interest, to be paid back within three years.