Halifax councillors who voted in favour of an armoured vehicle for police are considering cancelling the purchase in the wake of protests over the latest police violence against Black people.

The purchase of an armoured vehicle was approved during the fiscal 2019-2020 budget process at a cost of $500,000. Police presented the idea to the board of police commissioners the day before it went to a vote at council, arguing they needed the “rescue” vehicle to respond to crises including active shooters and even natural disasters.

The plan was widely criticized leading up to the meeting and a few people protested during the presentation — happening at the same meeting as a discussion around a report that showed Black people in Halifax are six times more likely to be carded than white people.

After a tendering process, the contract was awarded in September to Ontario company Terradyne for $353,280. Police have yet to receive the vehicle, and due to COVID-19-related production delays councillors were told it won’t be delivered (or paid for) til 2021. 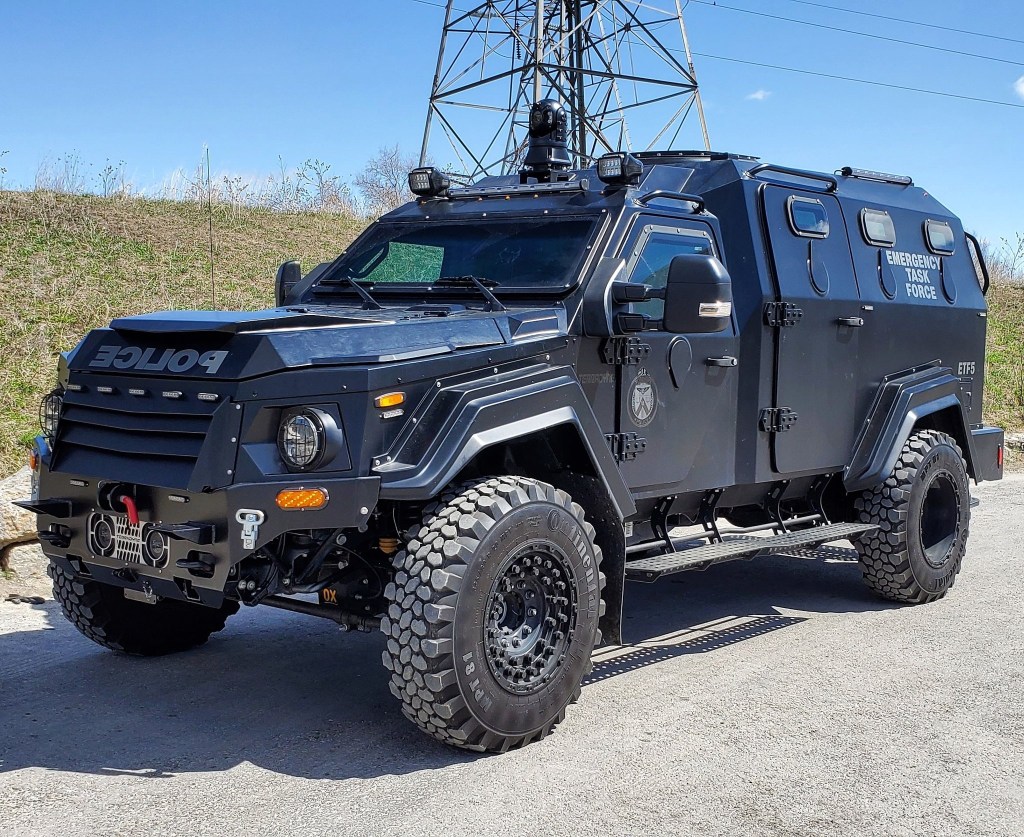 Now, amid protests of police violence happening across the world — sparked by the police murder of George Floyd, a Black man in Minneapolis and, closer to home, the death of Regis Korchinski-Paquet, an Afro-indigenous woman living in Toronto — paired with the repeated use of armoured vehicles against citizens during those protests, and hundreds of emails from constituents, councillors are changing their minds.

“There’s a lot of us that are having buyer’s remorse about the armoured vehicle, that’s for sure,” Coun. Waye Mason said in an interview Thursday.

“I’m telling them I’ve changed my mind and that I was wrong,” he said.

“The potential damaging negatives socially and in policing of having a vehicle like that deployed for crowd control or in a protest situation is far more damaging than not having it for the possible, very rare incident that you might be able to use it for a shooting.”

Mason said he was originally swayed by police arguments that the vehicle basically represented personal protective equipment for officers following the Moncton shooting in 2014. Then following the mass shootings in April, he felt like he’d made the right decision because RCMP used their armoured vehicle in responding. But when more information emerged, he wondered whether it made a difference there.

After watching the protests in the U.S. over the last week, he’s changed his mind.

“I don’t think the Halifax police need one,” he said.

“I think what’s more important is demonstrating to the vulnerable populations and the historically disenfranchised African Nova Scotian community that we are listening to them and that we don’t want to have that physical statement of our values on policing.”

Mason doesn’t think it will cost any more than the vehicle to cancel it.

“We can pay them and tell them to keep it,” he said. “Not that that’s ideal, but I’m sure there’s a penalty.”

Councillors have staff looking into cost of cancelling tank

Coun. Tim Outhit said after what he’s seen in the last few weeks, he’s asking city staff exactly how much it would cost to cancel the purchase, and if it can’t be cancelled, whether council or the police board can implement policies for its use.

“If we can put in some restrictions on how it’s used, that would bring me some comfort. If we can’t then yeah I’m going to have some concerns. Big concerns,” Outhit said.

It’s something councillors aren’t sure that even the city’s board of police commissioners can control. The board is regularly told it can’t tell the chief how to run the force.

There’s no meeting scheduled currently, after all municipal committees have been cancelled due to COVID-19. Councillors Mancini and Smith, and Deputy Mayor Lisa Blackburn sit on the board and they’re pushing for a meeting this month.

“We had 2,000-plus people out on Spring Garden Road the other night demanding leadership and I think holding a meeting is the absolute bare minimum, the absolute least we can do,” Blackburn said.

Blackburn said she sees the potential benefits of the armoured vehicle, but she’s ready to reconsider the purchase. She also wants to find out whether the board can create a policy to make sure it’s not used improperly if the purchase isn’t cancelled.

“I don’t want it parked around the corner at a peaceful protest,” Blackburn said. “The only time I ever want to see this piece of equipment used is when we have incidents like Portapique or Moncton.”

Mayor Mike Savage said he doesn’t think council made a mistake approving the purchase, but he wants more assurance around its use.

“If I thought for a second that that armoured vehicle would be used to break up peaceful rallies or to be used in a threatening way against innocent citizens then I wouldn’t support it,” he said. “I think some clarity might be useful.”

Savage would like to see a discussion around body-worn cameras.

In 2017, police brought forward a report outlining a body-worn cameras pilot project. The cost was estimated to be $1.4 million a year to outfit 50 officers with the cameras; police recommended against it and so did the board of police commissioners.

Mason said he’s heard the cost has come down significantly since then, and may be in the range of $3,000 per officer per year — equal to $150,000 for that same pilot program.

But those advocating in favour of defunding or abolishing the police argue body-worn cameras just put more money in their budget.

“We don’t need new ways to fund policing, we need to abolish police and use their budgets to support people.”

Councillors vote Tuesday to rubber stamp their recast COVID-19 budget for fiscal 2020-2021. That budget includes a cut to policing of $3.5 million. They’ve already reduced that number from an originally-proposed cut of $5.5 million.

Mancini led the charge to reduce that cut, and while he’s receiving hundreds of emails arguing in favour of defunding the police, he still wants to keep the cut to $3.5 million.

With the $5.5 million cut, Mancini felt the police would still be able to respond to emergency situations, but he was concerned about other levels of policing. He was particularly worried that community response officers (CROs), who he sees making a difference in his Dartmouth district, would have been impacted by the larger cut.

“Those CROs, we need them more than ever because of  what’s going on around us because they have the trust, they know the community,” Mancini said.

Asked whether he thinks those CROs need to be sworn police officers, Mancini agreed there are jobs currently done by police that could be done by social workers or other mental health experts.

“But to make that all happen right now, where we are, it just doesn’t happen that quickly,” he said.

“I think what’s happening now is really going to mold what happens next.”

Cleary said he wishes his colleagues had supported his motion last year “because undoing it now either may not be possible or may not be beneficial.” He notes one of the councillors who voted against his motion will have to put a new one forward, and a vote of two thirds in favour is necessary to overturn an earlier council decision.

“I would love to see the order cancelled,” he said. “Even if we don’t get any or much money back, I still think it would be a worthwhile endeavour to not further militarize our police force.”

He’s also looking at moving some services out of policing, like hiring social workers and psychologists to respond to mental health calls.

“I’m not sure the police are best positioned to do some of those tasks, that it might not be better done by someone else,” Cleary said.