You are here: Home / City Hall / Sidewalks around Dalhousie University are completely free of ice

We’ve heard the excuses: it’s an unprecedented winter, the rapid freeze caught everyone off guard, it would cost too much to clear the sidewalks like you cleared yours….

Well, I’ve heard that the sidewalks around Dalhousie University were in good condition, so after the council meeting this afternoon, I went to check them out. Here’s my journey.

First, I went out to catch the #1 on Barrington Street, just outside the Grand Parade, arguably the city’s most high-profile sidewalk. I would think, anyway, that the full resources of sidewalk ice removal would be firstly directed to the sidewalk outside City Hall. But here’s the condition of the sidewalk.

Looking south from the bus stop: 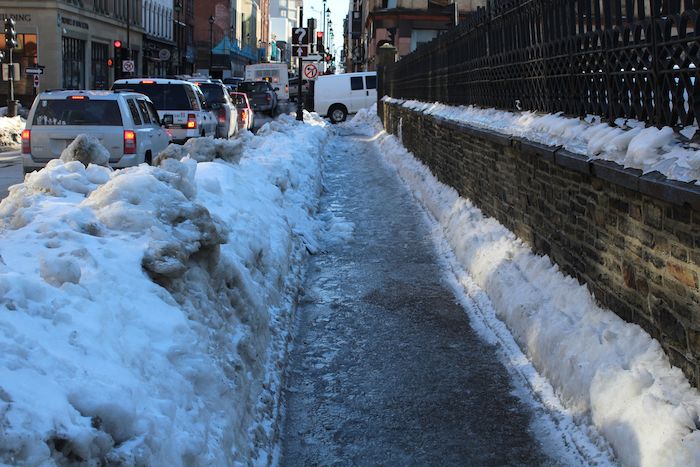 Looking north from the bus stop: 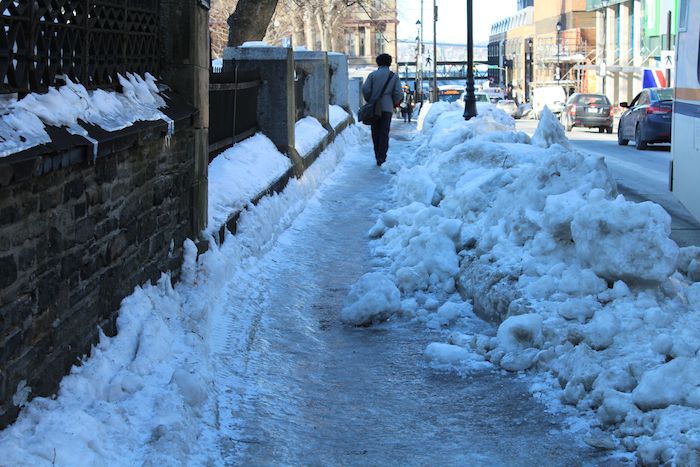 I took the bus to the northeast corner of Spring Garden Road and Robie Street, and crossed the intersection. The pedestrian island in the intersection was not cleared at all, but I didn’t take a picture of it for fear of losing my balance on the ice and sliding under the wheels of a passing vehicle.

I then walked southward along Robie Street. The sidewalk was in the horrible shape every other sidewalk in the city is in, except for the couple of houses where residents had spent the extra time to address the ice themselves: 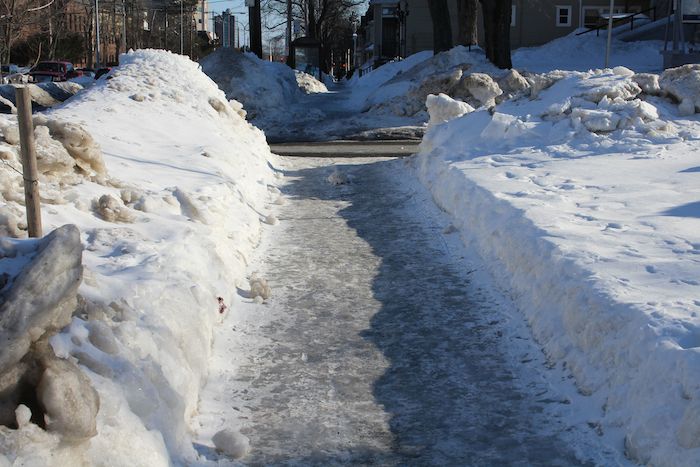 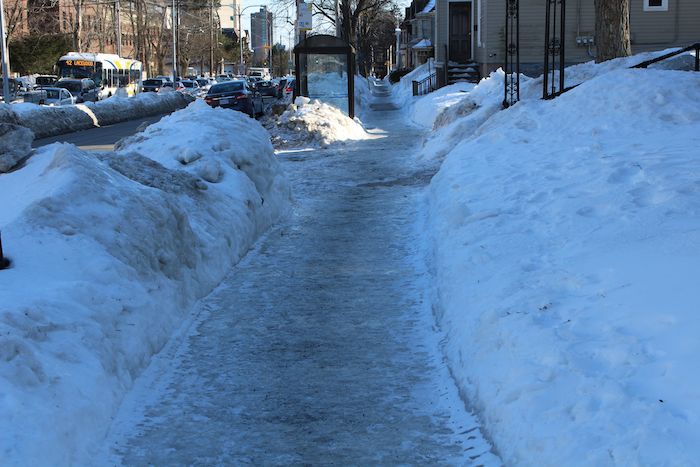 But then I turned west on University Avenue, and walked the four blocks on the north side of the street to the library, crossed the street, then walked on the south side of the street back towards Robie. I pulled into the coffee shop in the computer science building to write this post. The entire route was eight blocks of completely ice-free sidewalks. Given the fright I’ve experienced the last two weeks, this was an amazing experience: 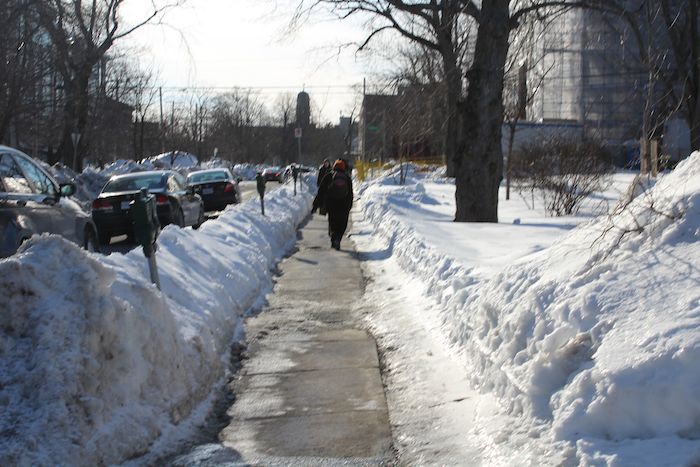 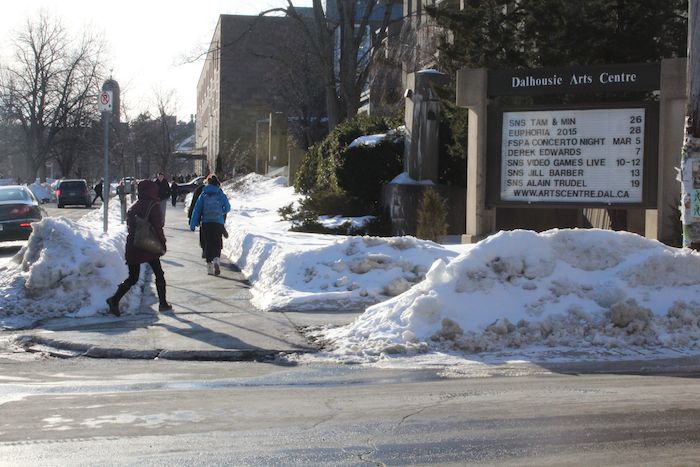 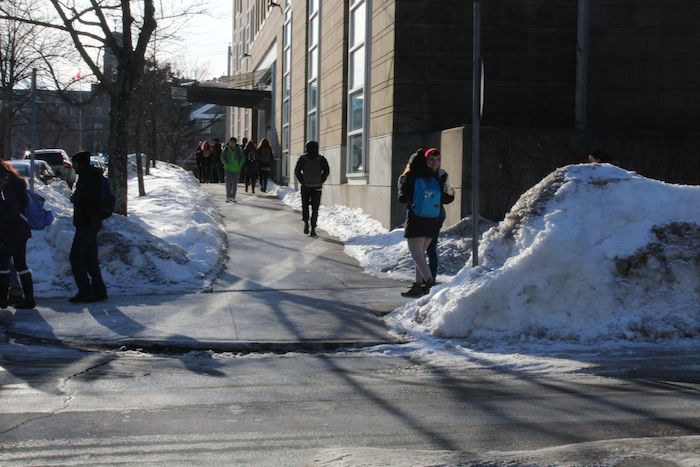 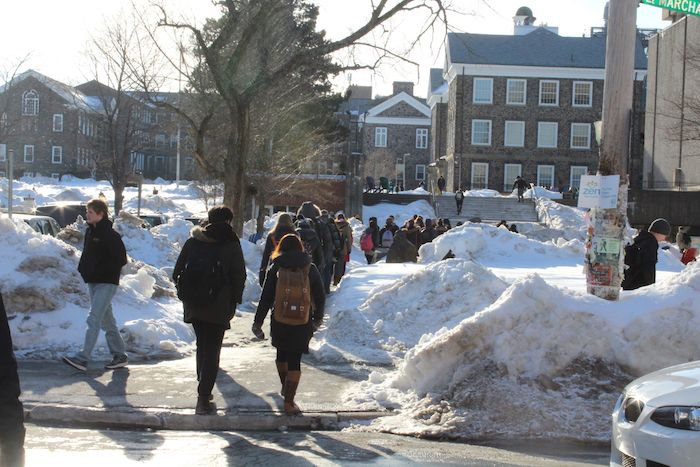 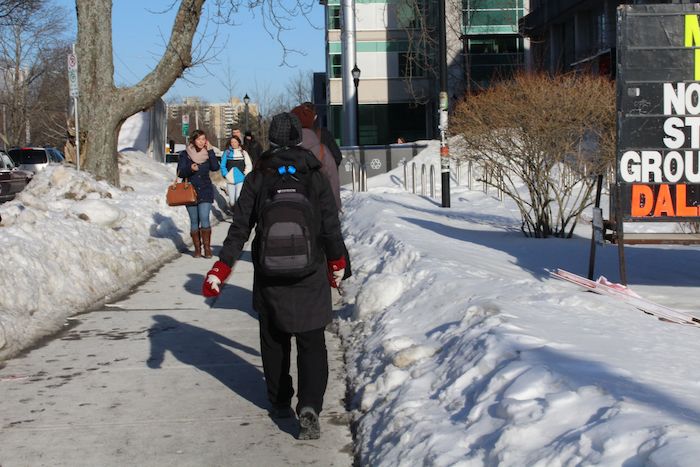 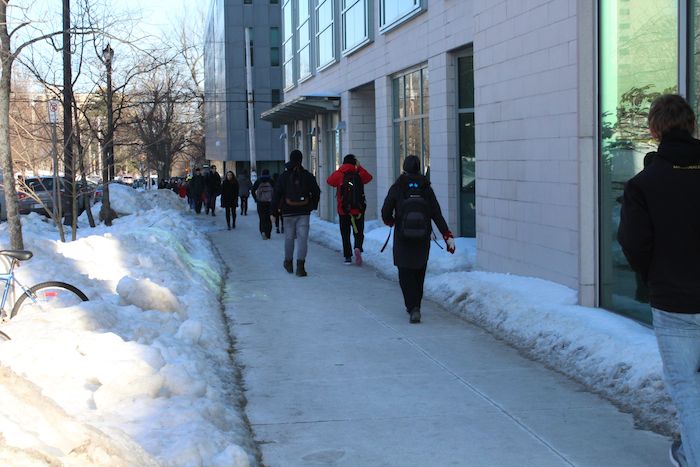 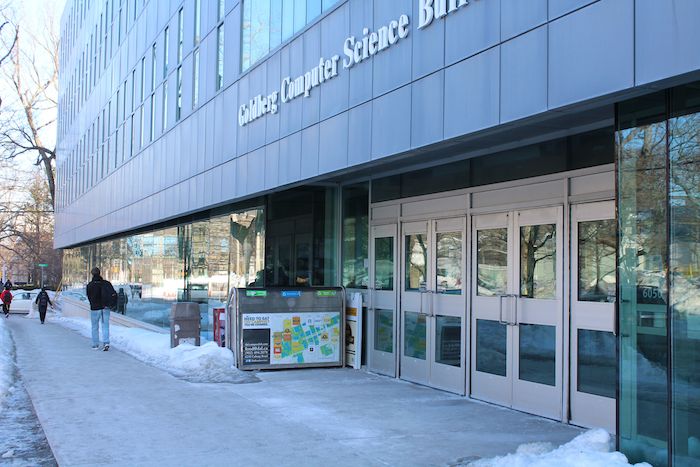 If Dal can do, so too should the city be able to keep the sidewalks ice-free. Sure, there might be some exceptions for tight and difficult places, but this isn’t a matter of exceptions: sidewalks in front of City Hall itself, and on main streets like Robie, aren’t cleared.

There is no excuse.