You are here: Home / City Hall / Residents organize against proposal to turn Dartmouth Cove into a ‘dump’ 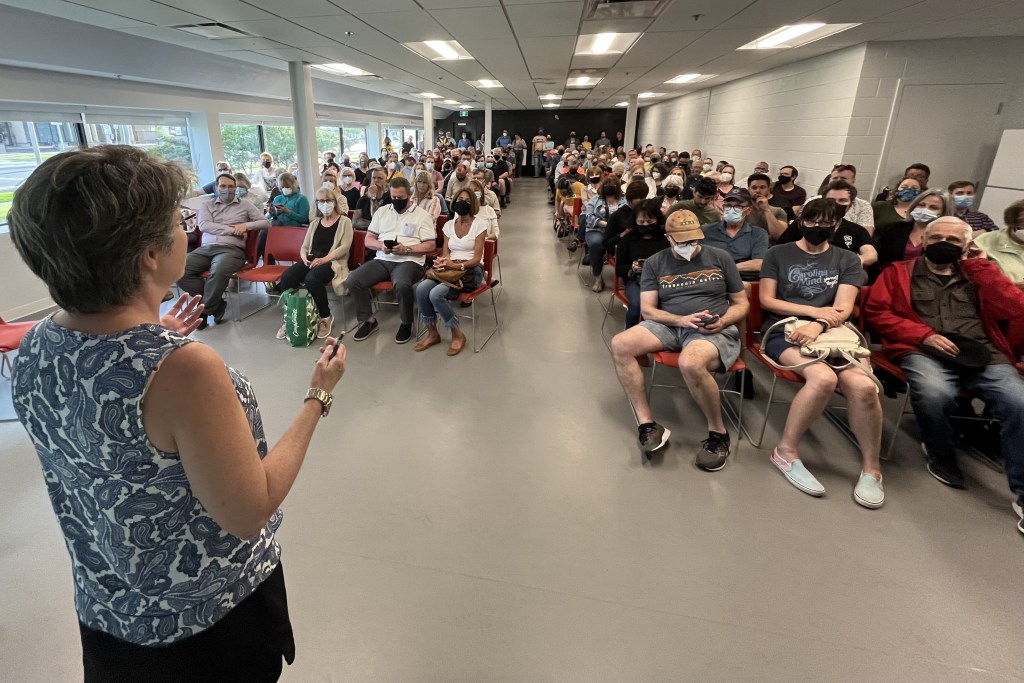 Jill Brogan speaks to a packed room at the Zatzman Sportsplex, where people gathered Monday night to voice their opposition to a plan to infill Dartmouth Cove. — Photo: Zane Woodford

Dartmouth is not having it.

More than 150 people gathered at the Zatzman Sportsplex on Monday night to voice their opposition to a proposal to infill part of Dartmouth Cove. The area is part of the waterfront, with a multi-use path along the train tracks connecting Old Ferry Road to downtown Dartmouth.

As the Halifax Examiner reported earlier this month:

4197847 Nova Scotia Ltd., owned by Bruce Wood, applied in March to fill its 2.7-hectare water lot, PID # 00114132 or 1 Parker St., with rock from excavation projects. According to Property Valuation Services Corporation, the property was sold in April 2021 for $800,000. The numbered company was incorporated the month before. The application, made under Transport Canada’s Navigation Protection Program, was posted online last week. 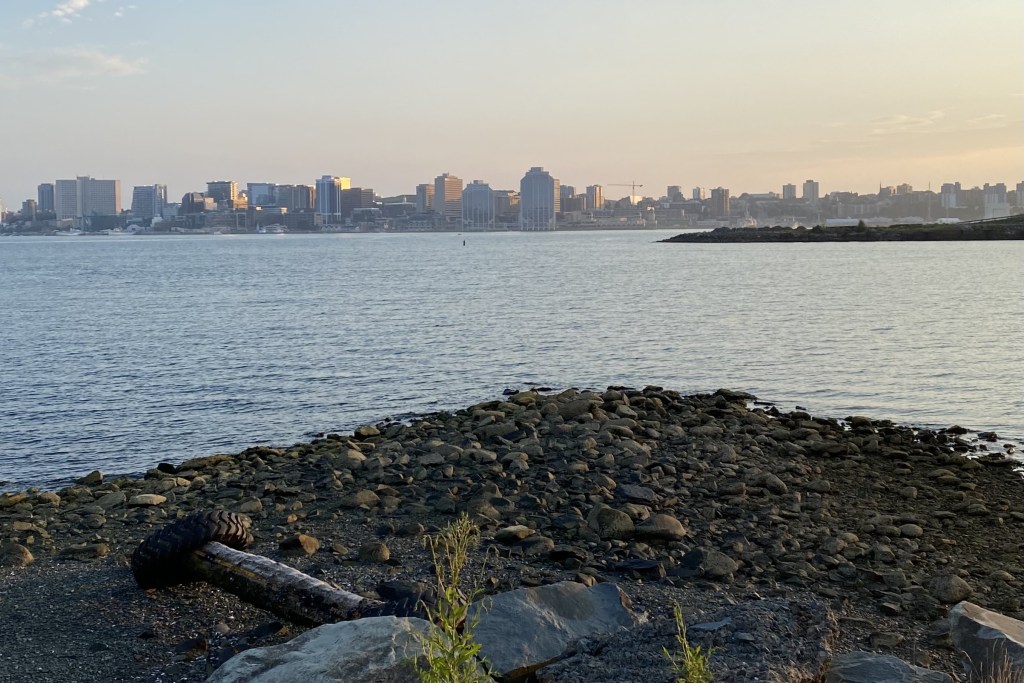 The project would last six years, starting in August. Coun. Sam Austin, MLA Claudia Chender, and MP Darren Fisher have all come out against the plan. At Monday’s event at the Sportsplex, organizer Jill Brogan, who lives near the water lot, told residents how to make their voices heard.

“We take it very seriously,” Brogan said. “Dartmouth Cove has finally come a long way that we’re not about to let somebody just turn it into a dump and destroy it.”

Brogan directed people to go to the Transport Canada website for the application and follow the steps to provide feedback. In doing so, she said they should focus on marine activities like boating, as that’s the department’s focus, she said. Comments are open until June 10 at 5am.

Austin is bringing a motion to Halifax regional council on Tuesday, hoping to register the municipality’s opposition to the project. The motion also asks for staff reports on maintaining access to HRM’s trail through the property, for which it has an easement, and on a plan to situate pyritic slate sites in the municipality.

He said there have been few issues in his time on council that have riled people up like this one.

“Dartmouth’s really concerned about this,” he said.

Austin said infilling with a purpose, like to build a trail or nearby King’s Wharf, makes sense.

“That’s not what this is. This is cashing in on pyritic slate at the expense of everybody else,” he said.

Chender spoke to the crowd, too, pledging to work with Develop Nova Scotia, a provincial Crown corporation, to see what it can do to hamper the proponent’s efforts. Chender said she walked down to look at the lot recently, and then ended up in the park downtown with the mural featuring Joe Howe’s quote: what is for the public good?

“That’s my litmus test. And from my perspective, it is not. There is no argument that this is for the public good,” Chender said.

Fisher was out of the country and unable to attend Monday’s meeting, but Brogan read a statement he sent instead. His adviser, Megan Blumenthal, was there to speak to it as well. In Fisher’s statement, he claimed Transport Canada told HRM it could regulate infilling with a bylaw. Austin said it’s the first he’s heard of it.

“We have a different interpretation than Fisher,” he said, reiterating that it’s his understanding that HRM can only regulate land-use once it’s actually land.

Residents at the meeting called on Austin to have HRM expropriate the water lot. He said there would have to be a public use lined up, and expropriation was an unlikely route, but he hinted at an in camera motion aimed at negotiating to buy the land.