You are here: Home / City Hall / “Paving the streets with gold”: Why Halifax council turned down a look into raising standards for sidewalk snow-clearing

One of the more telling moments of budget season in Halifax was not even a part of city council’s official budget discussion. At a regular council meeting on January 29, Councillor Shawn Cleary asked for a report assessing the costs and benefits of tightening up the standards for snow-clearing in Halifax. His fellow councillors, seemingly tone-deaf to the recurring problems with the state of winter sidewalks in their city, chose to turn down the request.

The argument against having city staff actually evaluate improved standards can be best summed up by Councillor Bill Karsten of Dartmouth South – Eastern Passage, who dismissed his citizens as having too-high expectations, before adding, in the voice of a lecturing dad, “we can pave our streets in gold, too, but it takes money.” 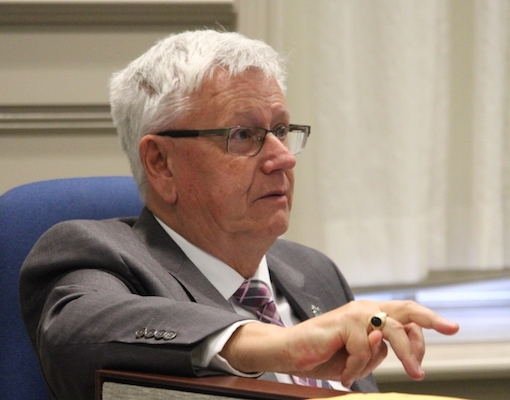 The “we can pave our streets in gold” argument is a straw man, and a patronizing one at that, assuming as it does an ignorance of the concept of budgeting and prioritizing, as if anyone deigning to ask, ‘what if we improved the condition of winter sidewalks?’ was a numbskull just asking for more without any willingness to pay for it, or make the trade-offs necessary to get it.

And yet that’s the kind of argument that surfaces repeatedly in this year’s budget discussions, almost always in reference to the implementation of the unanimously approved Integrated Mobility Plan. In the minds of many councillors and senior staff, the IMP seems to have become a postponable luxury, the equivalent of “paving our streets in gold.”

And here’s what really bugs me about that. The IMP doesn’t just represent a massive amount of “new” spending. It represents a re-prioritization of how we spend. It’s the beginning of what the former IMP project manager called “turning the cruise ship around” back when he first started his work in Halifax. It represents significant change that will help us avert millions in costs down the line.

To achieve that, the IMP gives clear direction: In building ways for people to get around, you need to concentrate on sustainable modes for the foreseeable future. This by definition means there are trade-offs to be made: Infrastructure dedicated to and subsidizing single occupancy vehicles must fall to the bottom of the priority list. Infrastructure dedicated to and subsidizing sustainable modes must rise to the top. 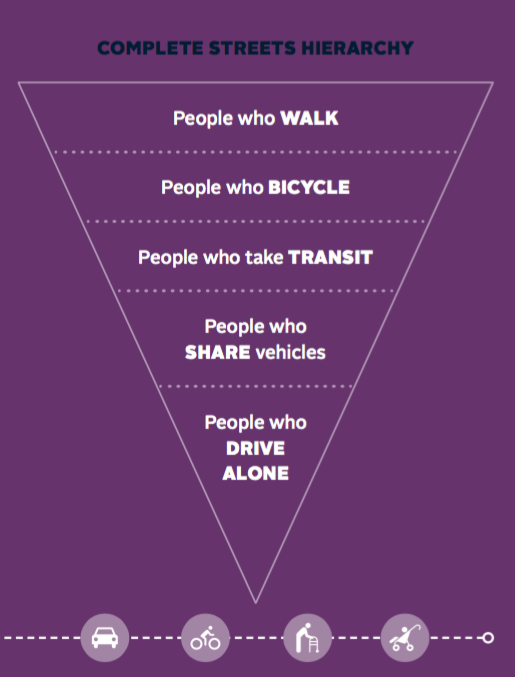 From the pages of Halifax’s Integrated Mobility Plan, passed by city council in December 2017.

Instead of showing how that can happen, senior city staff have delivered a proposed budget that relegates IMP projects to the “gold pavement” pile, and leaves everything else in place. It is up to councillors then, to insist on change. 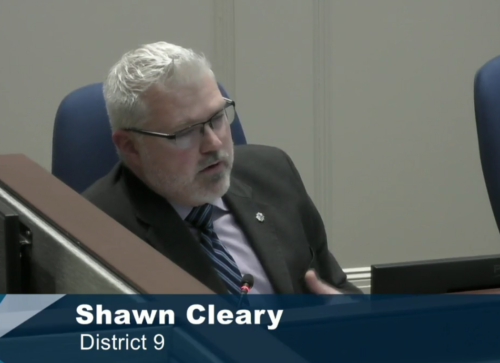 Remember when Councillor Shawn Cleary proposed taking a small chunk out of the road repaving budget to finish the Red Book and start working on the Integrated Mobility Plan? That was during last year’s budget talks and it was laughed out of council, because there are not enough councillors willing to follow through on what the IMP actually recommends.

This year is no different. When Cleary proposed having city staff look at the costs of having our sidewalk-clearing standards match our new transportation priorities, he was turned down by most of council. (Voting yes: Mancini, Mason, Smith, Cleary, Zurawski, and Outhit. Voting no: Streatch, Hendsbee, Karsten, Nicoll, Austin, Walker, Adams, Whitman, Blackburn, Craig, Savage.)

Cleary’s motion outlined the specific standards to be assessed, including minimum deployment times for sidewalks and bike lanes to be measured from the beginning of a snowfall, ranging from four to eight hours. That would be a big improvement on current standards, which for most sidewalks don’t require deployment of equipment until 15 centimetres of snow have fallen. (In the downtown core, it’s 5 centimetres, and boy can you tell the difference that makes.) In cases when the snowfall is less than 15 centimetres, the deployment doesn’t need to happen until 12 to 48 hours “from the end of the weather event.”

And those lengthy timelines are creating problems that last beyond a couple of days, given the snow-rain-freeze cycle that has been relentlessly re-occurring in Halifax over the past five or six years.

“With the kind of weather we have,” explains Cleary, “it’s just not appropriate to have these really long standards of 24 hours for this and 36 hours for that, because by that time it’s now hardened into a big ice pack and it takes even more resources to get it.”

Or, as seems to be the case, it’s turned to solid ice before the time runs out on the clock, and then just stays there until there’s a thaw.

Cleary’s standards would apply only in events with 30cm or less snow — so for most snow events, but not all. “If you get more than a foot or two of snow, I’m not expecting the same kind of standards,” says Cleary. “But in a regular kind of snowstorm I would expect that, especially during the daytime, people are going to be able to walk around outside their home in four to six or eight hours. We should not have to wait a day and a half in order to just start to get out.”

“We do a fairly good job on our streets,” says Cleary, “but we do a really crappy job on our sidewalks.” When it comes to contractors using Bobcats, Cleary says, “we would be better off to take the millions of dollars we spend on those kind of contracts and just put it in a big bonfire and burn it down at City Hall. At least some people would get some fun and get some warmth out of it.”

This is not the first time Cleary has brought sidewalk snow-clearing to council. In the past he’s supported looking into returning residential sidewalk-clearing to residents’ responsibility, and conversely into bringing more sidewalk operations in-house. Staff reported back that bringing residential sidewalk-clearing in-house would nearly double the cost compared to contracting out, and naturally councillors balked.

Then last February Cleary requested a report on how HRM should tackle snow-clearing for its active transportation infrastructure, in light of the newly passed Integrated Mobility Plan, which places walking, cycling and other active means of getting around at the top of the transport mode hierarchy.

The Transportation Standing Committee approved the request. With the IMP in motion, the city was set to see a shift in infrastructure investment towards active transportation, and so it only made sense there would be a matching operational investment to follow.

In the ensuing year, Infrastructure Director Bruce Zvaniga left the city, and Brad Anguish took over the Department of Transportation and Public works. This past December, Anguish called Cleary to apologize for the fact that not much had happened on his report request, and one of the questions Anguish had was what standards they would look at for active transportation clearing.

“So I used the report that they gave me last year, plus I looked at a number of cities across Canada,” says Cleary. “And Ottawa seemed to be kind of the gold standard, if you will. And so I’m not shooting to be at their level, but I’m certainly suggesting well ahead of where we are currently in Halifax and aiming towards that.”

CAO Jaques Dubé weighed in long enough to say that yes, improved standards would cost more, and that Cleary’s new and improved standards list would likely delay the in-progress report by as much as six additional months, putting it at least a year out. This despite the fact that no-one had even started on it in December, and that Cleary’s improved standards motion would have actually added clarity to the original report request. (One has to wonder what kind of turnaround Dubé promises — or demands — on, say, new stadium tax scheme reports. But I digress.)

This issue will rear its head again, every time it snows, and then again in July, when Cleary’s then-18-month old report request is finally delivered. Until then, let’s hope the thaws come quickly.