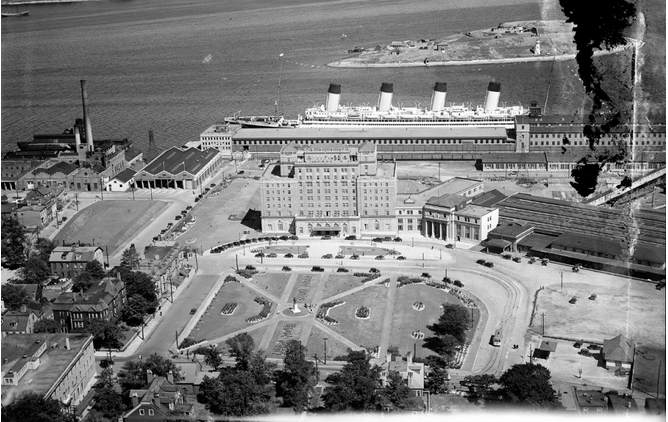 Halifax regional council voted unanimously in favour of the staff recommendation to rename the park on Tuesday. The motion also starts a public consultation process to choose a new name for Cornwallis Street.

Councillors tacked on an amendment too, looking to create a process for future renaming of municipal assets.

“We dealt with Cornwallis,” Coun. Lindell Smith said. “But now in the Hydrostone area I’m dealing with things like Stairs, Columbus, Stanley, and there’s probably a lot more in the municipality that people will question the future, whether or not they should be named.”

Smith made a motion for another staff report to address the creation of a new process where a citizen could request a street be renamed, and it passed unanimously.

Coun. David Hendsbee, who voted against the removal of the statue of Edward Cornwallis last summer, made an amendment to add the word “Treaties” to the name of the park to make the intention clear. He first attempted to make a friendly amendment — one the mover agrees to without a vote — adding the word “Treaty.”

“I think adding the word treaty to that, people would know exactly why that park is named that way,” Hendsbee said.

Coun. Shawn Cleary, who put the motion forward, wouldn’t agree to the addition as a friendly amendment because it’s not the name chosen by the Task Force on the Commemoration of Edward Cornwallis and the Recognition and Commemoration of Indigenous History. Cleary also noted it’s not just one treaty, but several. Hendsbee moved a formal amendment with “Treaties” and it failed on a vote, with only Hendsbee voting yes.

Coun. Paul Russell took issue with one of the other portions of the staff recommendation, around allowing councillors to rename streets or other assets in the future when the name “no longer meets the values of the Municipality.” Russell argued there was no definition of those values, and he wanted to strike that portion of the bylaw amendments.

That amendment failed with only Russell voting yes.

There’s free parking coming on peninsular Halifax and in downtown Dartmouth, and ferry fares may soon be covered too as part of the municipality’s efforts to boost businesses’ recovery from COVID-19.

In a staff report to council on Tuesday, municipal parking manager Victoria Horne recommended in favour of several measures designed to drive traffic to the downtowns and help businesses make money as the province opens up.

The measures are a response to a request from Paul MacKinnon, executive director of the Downtown Halifax Business Association, who wrote to council on behalf of all the city’s business improvement districts asking the city “to enhance parking promotions.” 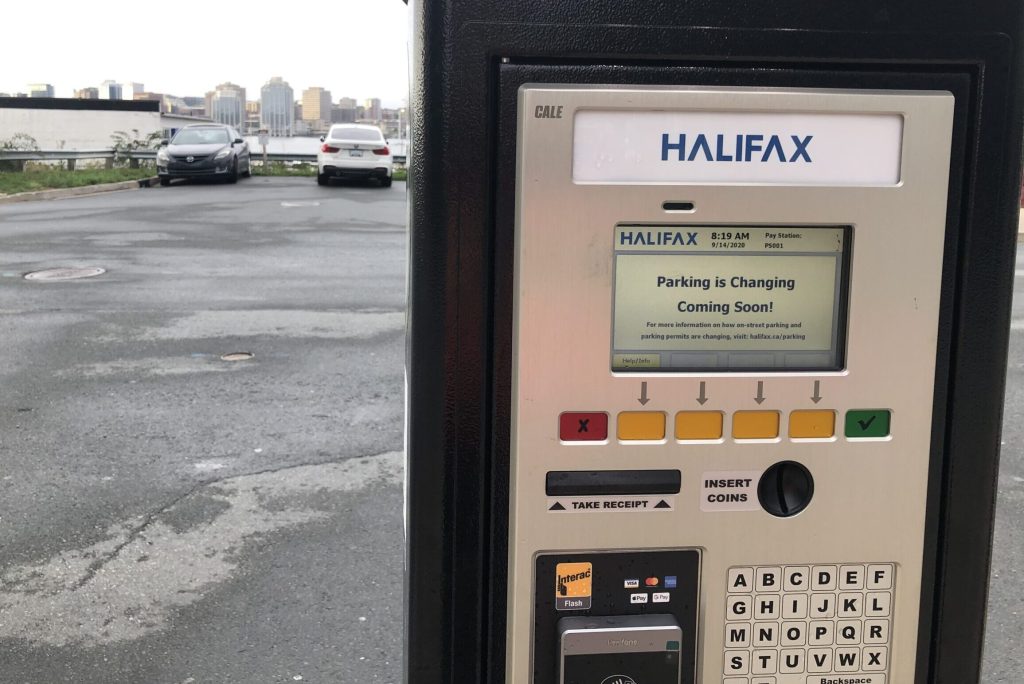 A parking pay station in Dartmouth in September 2020. Photo: Twitter/@hfxgov

Horne recommended council boost the city’s advertising for the new parking systems at a cost of $50,000; cover user’s fees for the HotSpot parking app for three months, up to $15,000; cover businesses’ subscription fees for parking validation through the app; and make parking free from 4pm to 6pm on Thursdays and Fridays from June until the end of September.

Council voted in favour of all of those moves, and more.

Coun. Waye Mason successfully moved for an extra staff report on covering the parking validation for businesses. Horne said she’s not sure it’s legal (it could be considered paying a subsidy to for-profit business, which HRM can’t do), but staff are happy to look into it and report back.

Coun. Sam Austin argued council should pay for trips on the ferry too, as another method used to get to downtown businesses on either side of the harbour.

“If we’re going to be subsidizing parking, then I think we should also be thinking about, ‘Well can we offer supports that are actually in line with our sustainable transportation objectives?'” Austin said.

That motion passed, and chief administrative officer Jacques Dubé said the report would come back sometime in July.

The memorials are set up to remember people who die in car crashes. They’re usually a cross with some flowers or sometimes a white bicycle to remember a cyclist. But they’re currently barred by the municipal streets bylaw. After the municipality removed one in 2019, the council of the day voted for a staff report on bylaw amendments to permit them.

After being sent back for more consultation and revision, the amendments and a proposed policy came to council on Tuesday. Staff recommended the roadside memorials be allowed as long as they’re under one metre tall and 1.5 metres wide, the person placing the memorial provides HRM with contact information, and the memorial is only there for 18 months.

The source of most debate was around the time limit. Councillors debated removing it altogether and allowing the memorials to remain as long as they’re in a state of good repair, but ultimately settled on a new time limit of 24 months.

The new policy will come back to council for second reading before becoming law.