You are here: Home / City Hall / ‘Next thing I know I’m getting tased:’ Nova Scotia Police Review Board hearing into 2019 arrest on Quinpool Road underway 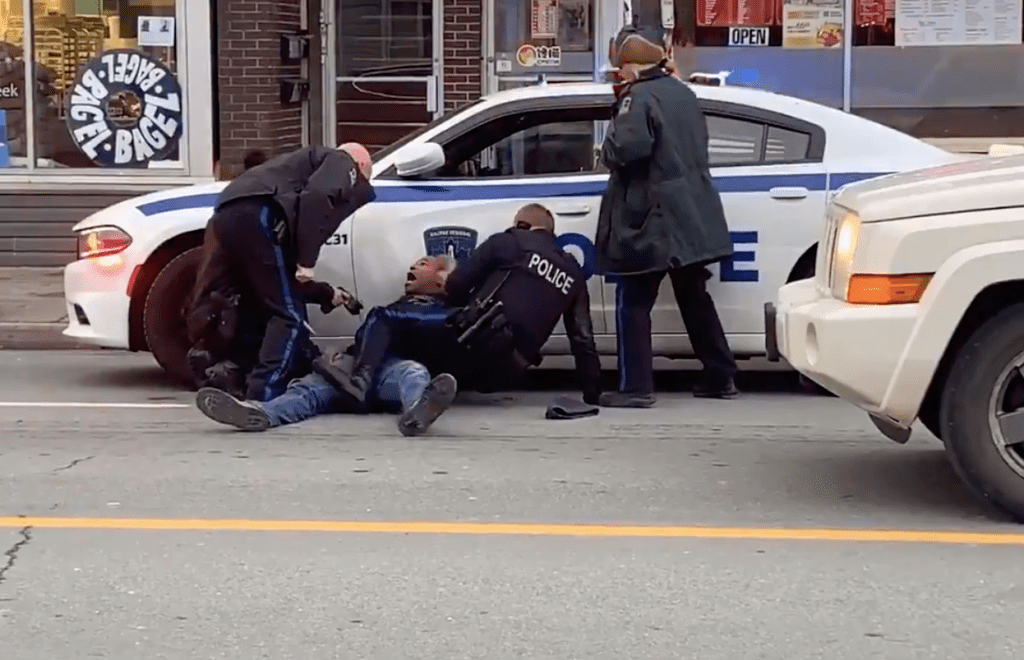 A Halifax Regional Police officer uses a Taser on a Black man during an arrest in December 2019 as other officers hold the man down. — Screenshot/Twitter/@jsrutgers

A man who was tased on a busy city street more than two years ago said Wednesday he didn’t know why he was being arrested.

Clinton Fraser believed he’d done nothing wrong on Dec. 4, 2019, he told a hearing of the Nova Scotia Police Review Board in Dartmouth. But Halifax Regional Police had pulled him over and ticketed him for changing lanes unsafely.

“Next thing I know I’m getting tased and I don’t remember anything after that,” Fraser testified on Wednesday.

“Only thing I had in my hand was a phone.”

A video of the traffic stop, posted on Twitter by reporter Julia-Simone Rutgers after the incident showed Fraser being tackled to the ground by a group of officers, and one of them using a Taser on him as he screamed in agony. Police spun the event that night, claiming Fraser would be charged with assaulting police. He was never charged, and the traffic ticket was thrown out. 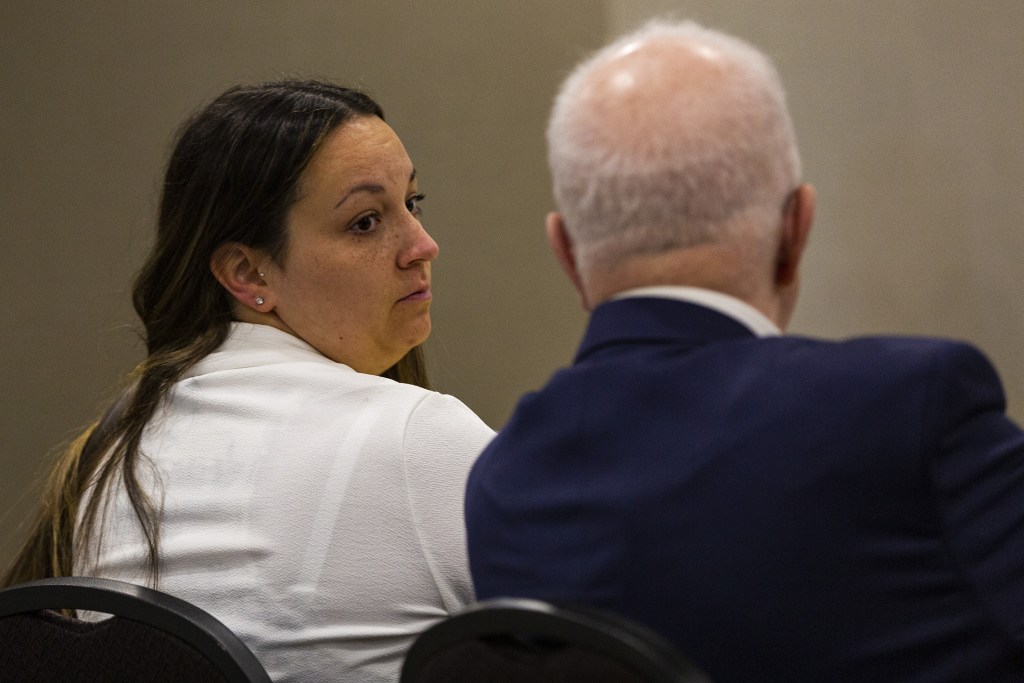 Last July, the Halifax Examiner reported that the officer who tased and arrested Fraser, Const. Nicole Green, was appealing a disciplinary decision that found she was in the wrong:

Court documents obtained by the Halifax Examiner indicate that CF [the Examiner wasn’t naming Fraser at the time] filed a complaint against Green, the arresting officer, on Dec. 9, 2019, triggering an internal investigation.

(7)    A member who abuses their authority in any of the following ways commits a disciplinary default:

(a)      making an arrest without good or sufficient cause;

(b)     using unnecessary force on or cruelly treating any prisoner or other person with whom the member may be brought into contact in the course of duty;

As a penalty, Green was ordered to take de-escalation training and she was deducted eight hours pay.

Green appealed that disciplinary decision in December 2020 to the provincial Police Complaints Commissioner, currently Patrick Curran, a former judge. The commissioner decides whether to forward an appeal to a hearing of the Police Review Board. In this case, Curran decided not to do so.

At the time, the case was headed to the Supreme Court of Nova Scotia for judicial review. Green’s lawyer, Nasha Nijhawan, had filed the request, seeking to overturn Curran’s decision. But according to Green’s current lawyer, Brian Bailey, Curran changed his mind after watching video of the arrest, allowing the matter to proceed to a Police Review Board hearing, which started on Wednesday.

Fraser isn’t participating in the hearing, meaning he’s not looking to have a harsher penalty imposed on Green. But he was subpoenaed and reluctantly took the stand, spending the afternoon reliving the events of December 2019, and having to watch video of the incident.

Fraser told the board he had just gotten off work that day, and went to the bank at the corner of Quinpool Road and Monastery Lane to cash a cheque. After leaving the bank, he got back into his white pickup truck and made a right turn onto Quinpool. There was a construction truck parked in the right lane, so he had to merge into the left lane.

Fraser said a big truck let him in, but the driver of a small vehicle tried to enter the lane at the same time. Fraser said the passenger in the smaller vehicle got out and started banging on the hood of his truck. Then the police flashed their lights and activated their sirens, signalling for Fraser to pull over.

He did so, in front of East Coast Bakery on Quinpool. Surveillance video from the shop’s front window shows Fraser pull up, followed by a police cruiser, and then the smaller vehicle, which pulls in front of him.

The passengers of the smaller vehicle, a Toyota Yaris, get out of their vehicle and approach Fraser’s pickup. The officers tell everyone to get back in their vehicles. The video has audio but it’s difficult to make out what’s being said.

The couple driving the Yaris accused Fraser of hitting their vehicle, along with the construction truck parked near the corner of Quinpool and Monastery. Fraser said he hadn’t hit anything, trying to show the officers there was no corresponding damage to his vehicle.

On video, Fraser can be seen using his flip-phone to take photos of his truck, and then walking off screen to take photos of the construction truck. He said after his arrest, the photos were deleted. Meanwhile, the driver and passenger of the Yaris had left the scene without being ticketed.

“They jumped me,” Fraser said.

During cross examination, Bailey, Green’s lawyer, suggested Fraser was yelling, pointing “aggressively” at the couple in the Yaris and the police, being uncooperative, and he said he had a pen in his hand threatening officers. During direct examination from HRM lawyer Ted Murphy, Fraser said he wasn’t angry at the police, and he wasn’t yelling, he just has a deep, loud voice.

Bailey suggested Fraser had in fact hit both vehicles, and a lack of damage on his own wasn’t proof of the contrary. Bailey said the mirror of Fraser’s truck hit the mirror of the Yaris, a much shorter vehicle.

Becoming increasingly agitated with Bailey’s argumentative line of questioning, Fraser testified he couldn’t remember much from the incident. He said he might not have had his phone in his hand at the time of the arrest, but he was sure he didn’t have a pen, as Bailey alleged.

The cross examination was mostly fruitless, serving only to further traumatize Fraser, who has nothing to gain. It’s worth noting Fraser had no legal representation at the hearing, while Green’s lawyer is paid for with tax money. 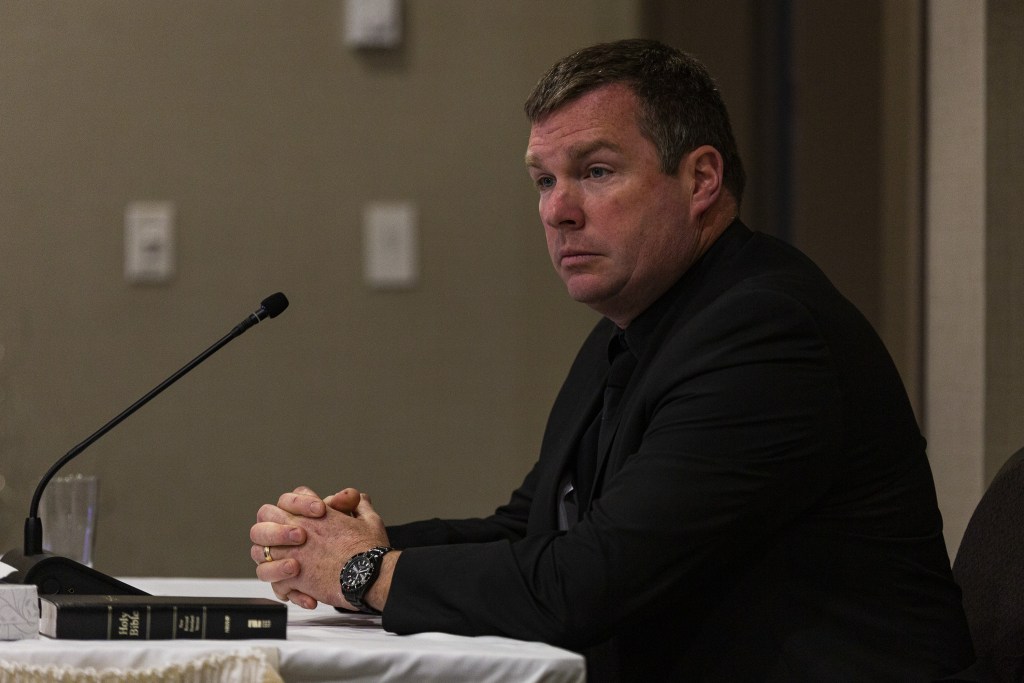 The board, comprising Jean McKenna, Peter Mancini, and John Withrow, also heard testimony on Wednesday from Staff Sgt. Ross Burt, who investigated the complaint. He outlined the interviews he conducted and said he looked at the documentation from the arrest.

Burt confirmed a Taser, or “conductive energy weapon,” was used during the arrest.

The first person to testify was Gerald Lonergan, the owner of East Coast Bakery, who witnessed bits and pieces of the incident between filling bagel orders and gossiping with customers in his shop. He also supplied police with one of three video angles of the incident — the one most relied on during Wednesday’s proceedings. 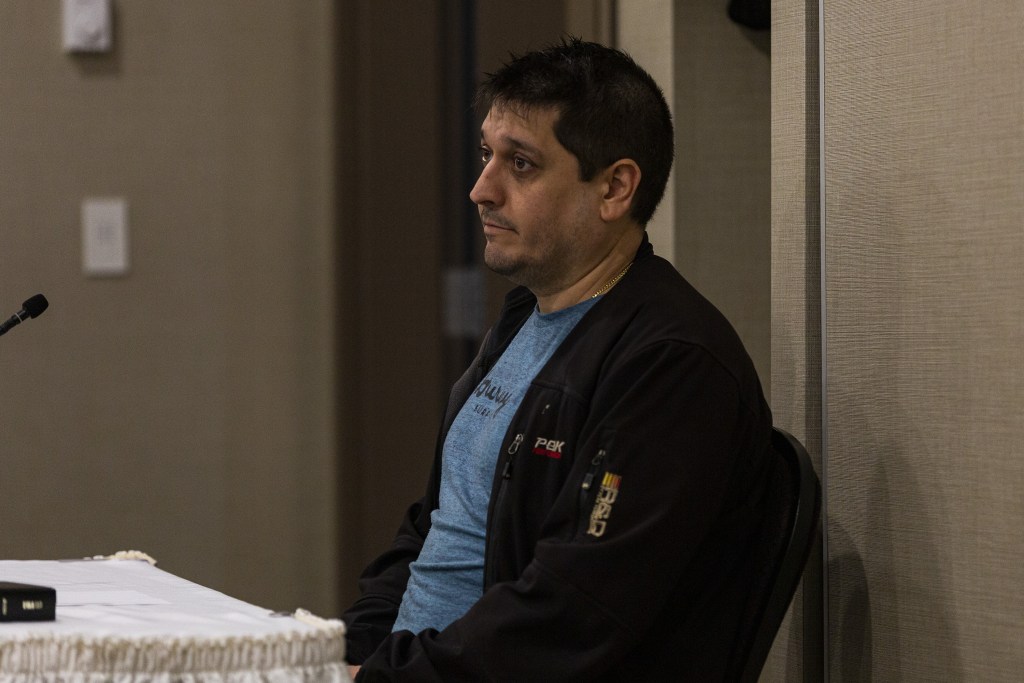 Gerald Lonergan prepares to testify at a Nova Scotia Police Review Board hearing in Dartmouth on Wednesday. — Photo: Zane Woodford

The other two videos are the angle from across the street shown in the screenshot at the top of this post, and an angle from beside the bakery.

The hearing continues on Thursday, when the board is expected to hear testimony from Green and another one of the responding officers, Const. Josh Desmond.

The other two officers are unable to testify: one is injured and the other has left HRP.