You are here: Home / City Hall / Newly-elected, more diverse Halifax regional council sworn in: ‘It can be done’ 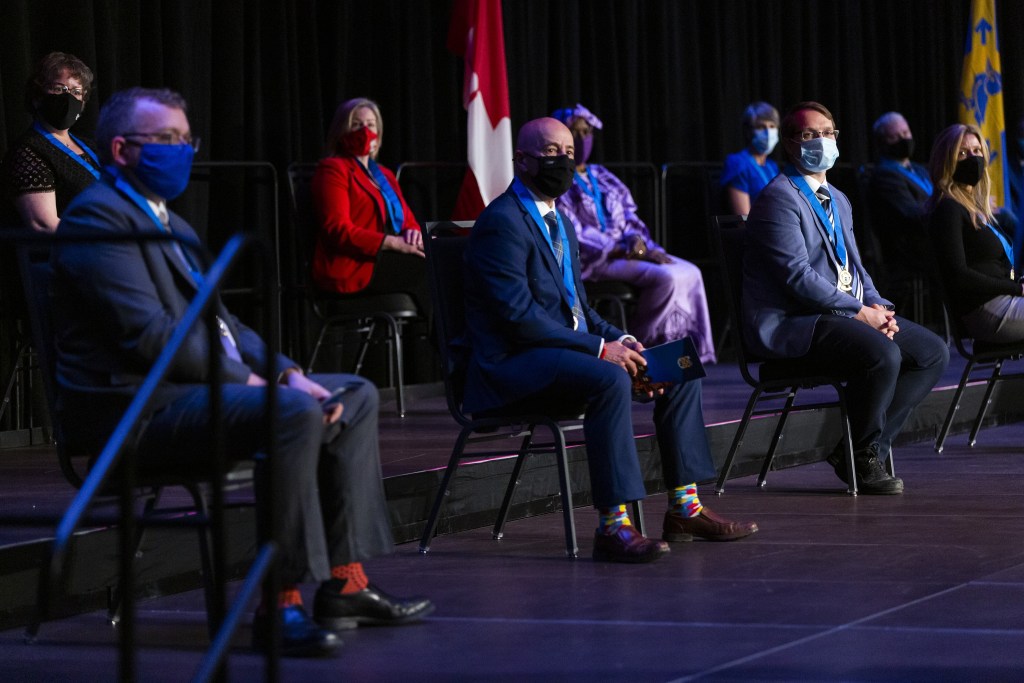 The new regional council was sworn in at a socially distanced ceremony at the Halifax Convention Centre Thursday night, ushering in a more diverse era of municipal politics in the city.

There were fewer than 100 people at the event in the big ballroom at the convention centre — at a cost of $2,111 plus tax to the municipality — with each councillor allowed three family members in attendance. Everyone in attendance had to wear masks and stay apart, and there was a self-assessment form to weed out any super-spreaders.

But the rules and restrictions didn’t put a damper on the councillors’ celebration, and it didn’t stop one of them from making history.

When she recited the oath of office, signed it and placed the chain of office around her neck, Coun. Iona Stoddard, representing District 12 – Timberlea-Beechville-Clayton Park, became the first Black woman to become a Halifax councillor. 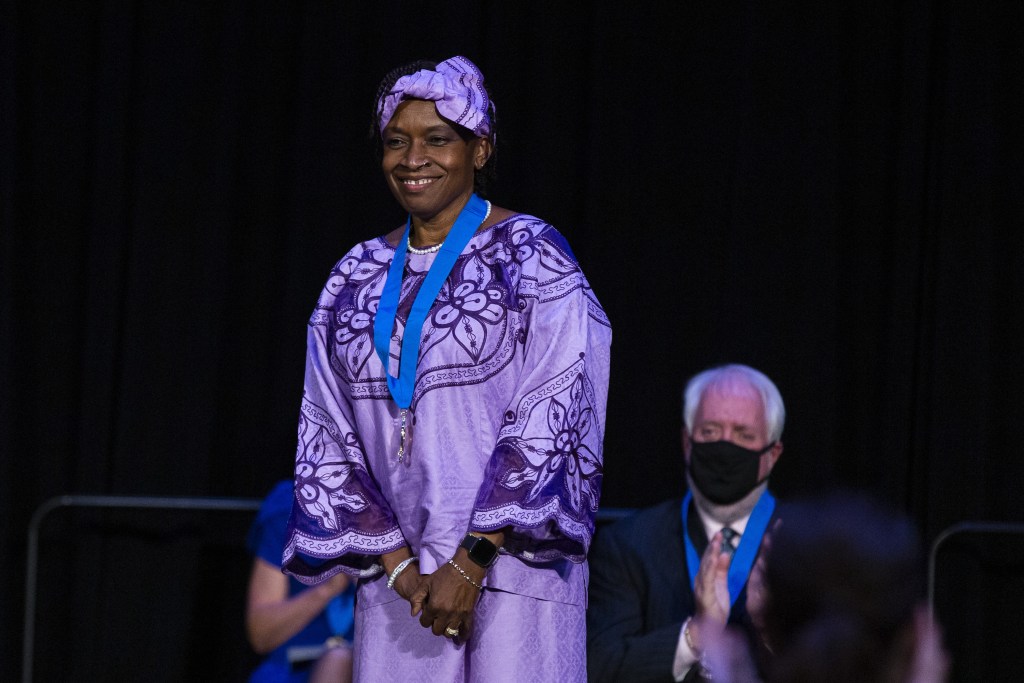 “I’m so glad to see it happen,” Stoddard told reporters afterward. “I think as being the first woman of colour, it will open up the door for somebody else to come through.

That’s not the only first for this new council. As the Examiner reported on election night, “Just two years after guys named Steve outnumbered women on regional council, Haligonians have opted for near gender parity.” Pending a recount in District 11 – Spryfield-Sambro Loop-Prospect Road, where Patty Cuttell won by 28 votes, there will be gender parity for the first time, with eight men and eight women representing the municipality’s 16 districts. 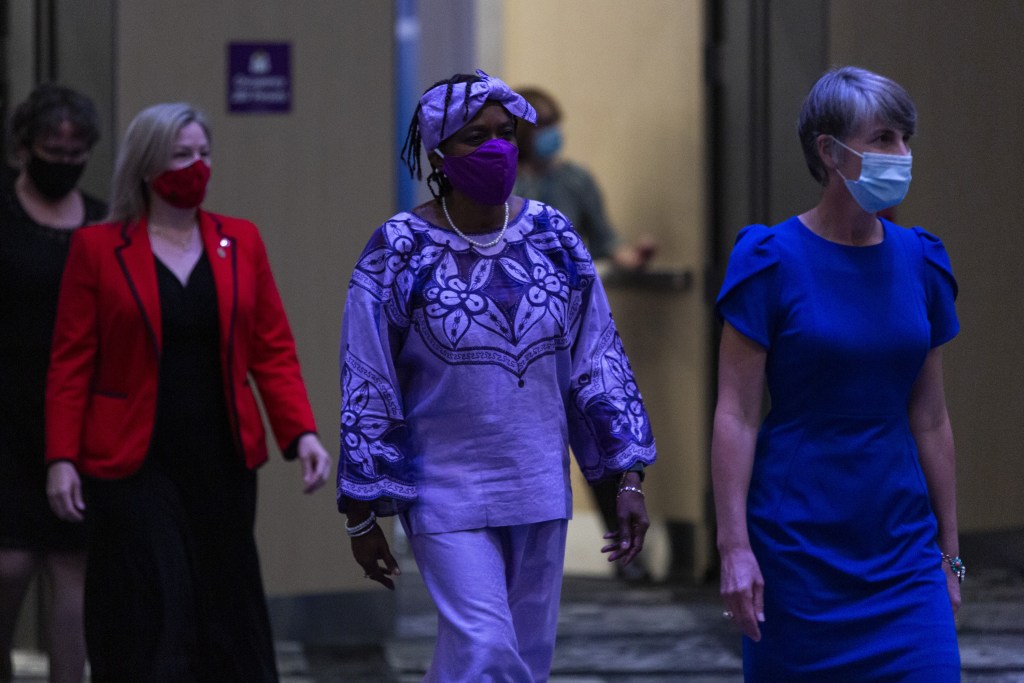 “The more perspectives we have, the more experiences we bring to council,” Morse told reporters. “I think we can understand and empathize with people more when we bring a variety of experiences.”

In a speech following all the councillors’ swearing in, Mayor Mike Savage joked that Coun. Paul Russell, first elected barely a year ago, is now a veteran councillor.

“Experience is important, as I learned in 2012, and it’s useful, but experience doesn’t just come at the council table. Everybody here tonight has their own unique experience that they bring to the table, and it is enormously impressive and exciting. And while it shouldn’t be a big deal these days, it is, that half our councillors are now women,” Savage said.

“It’s about time, and it makes us a better, stronger council, more reflective of the people that we serve.” 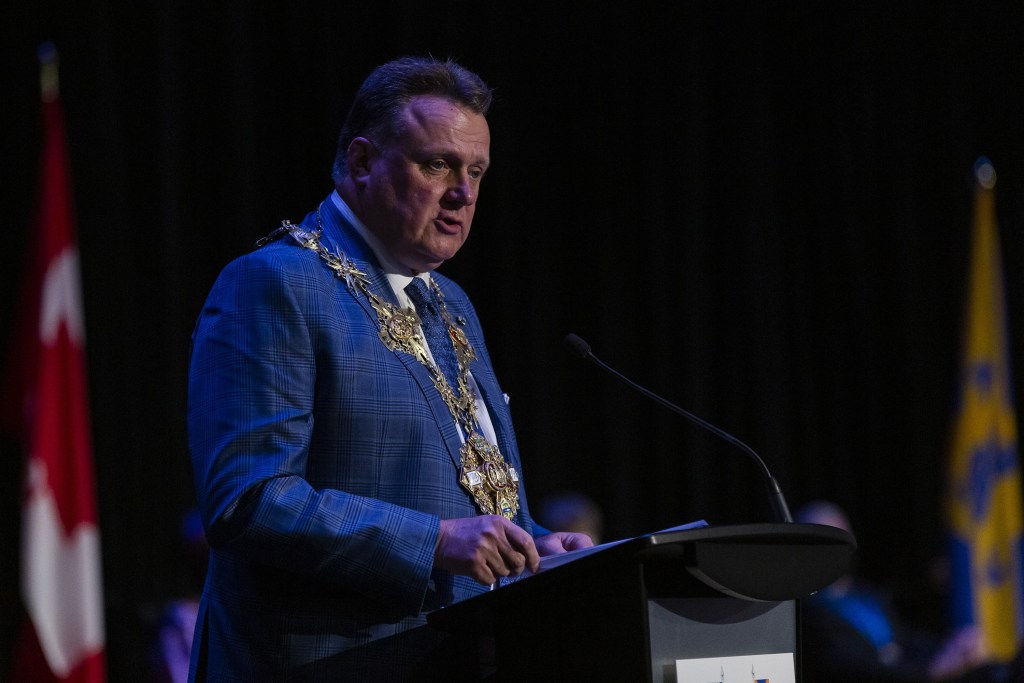 Savage touted council’s work during the pandemic, meeting virtually and passing things like a new rapid transit plan, a climate change mitigation plan, the recommendations of the task force examining the commemoration of Edward Cornwallis, a recast COVID-19 budget and recent movement on affordable housing, with a new grant program and federal money coming.

“We have set the stage for addressing housing affordability, which I know matters to many of the people on this stage. That was unimaginable a few years ago. We’re now in a better position to ensure more people have a decent place to live,” he said.

“To our new councillors, I’m glad you’re not going to be told to stay out of housing, as we were two terms ago,” he said.

Speaking to reporters afterward, affordable housing was one of the main issues new councillors hoped to tackle.

“I know it’s not directly a municipal issue, but there’s things that we can do.”

For Stoddard, transportation and housing are the big issues across the municipality, but the expanding capacity at the recently reopened municipal household special waste drop-off in Bayer’s Lake is a priority in her district.

The councillors, along with the winner in District 11, have their first meeting on Nov. 10. Savage said it would be sort of a “blue sky session” where councillors will talk about their priorities for the next four years.

Savage concluded his speech: “Time to get to work.”