You are here: Home / City Hall / Misinformation and bad arguments over the Africville dog park 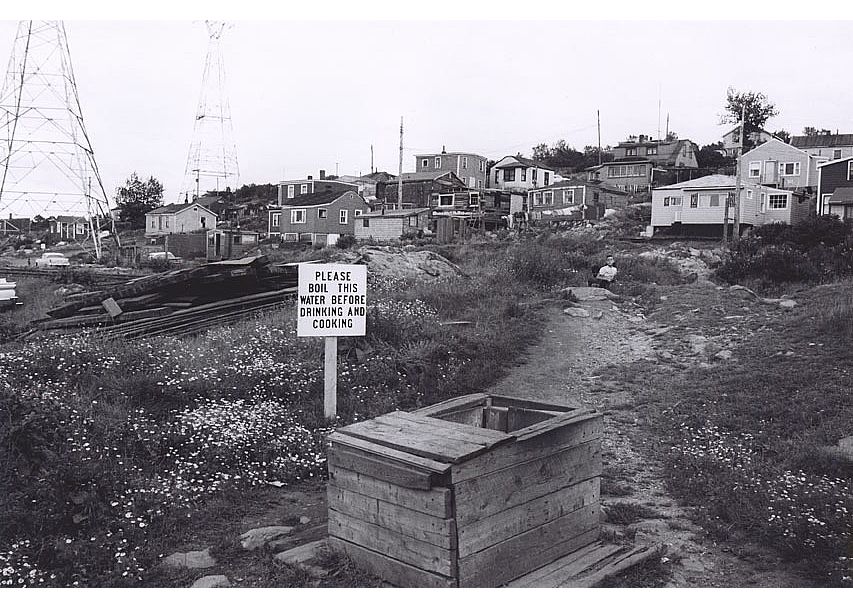 A photo of Africville in the 1960s, via the Nova Scotia Archives, http://www.novascotia.ca/nsarm/virtual/africville/archives.asp?ID=12

Tomorrow, Halifax council will consider a staff proposal to decommission the Africville dog park. Since I commented on the issue Saturday—it’s behind the paywall, but basically I said the dog park should be moved across the highway to Seaview Overlook Park—I’ve received a barrage of comments from supporters of the dog park.

They have three main arguments.

I’ve been told if the dog park is “decommissioned”—city staff’s word for ending dog privileges at Africville Park—the park will be sold off for development. This is simply not true.  No matter what council does at its meeting tomorrow, Africville Park will remain a city park. It would take an extraordinary action of council, involving both a public hearing and prevailing over the inevitable legal action brought by many people, for the city to sell off Africville Park. Frankly, it’s unimaginable. Not gonna happen. This is simply a scare tactic put forward by dog park supporters.

Two other arguments are more reality-based. First, I’m told that Irvine Carvery, the president of the Africville GenealogySociety, was himself supportive of turning the former Seaview Park into a renamed Africville Park that included a dog park. Second, I’m told that Eddie Carvery (Irvine’s brother, who has been “squatting” on the Africville site for decades) brings dogs to his makeshift camp. I have no reason not to believe both assertions are true.

But so what? Neither Irvine nor Eddie Carvery have the moral authority to speak for all former Africville residents. Irvine Carvery’s role as spokesperson for the former residents is in fact a subject in a prospective lawsuit by former residents who disagree with the agreement Irvine Carvery made with the city over Africville. Eddie Carvery, for his part, was portrayed in Jon Tattrie’s book, The Hermit of Africville. Tattrie shows that the razing of Africville broke Eddie Carvery, who descended into a life of violence and substance abuse. His squat, however, seems to have brought some redemption to Eddie Carvery, and something resembling healing.  Eddie’s relationship with the other former residents, and even his brothers, is complex; suffice it to say that he is given great latitude and, at least among some former residents, considered a representative victim of Halifax racism, with all the self-destruction that entails.

Beyond the specifics of the Carverys, let’s grant the point: Former residents of Africville contradict themselves, change their opinions, have some level of infighting, and make demands that may not make sense to all the broader white community. This is exactly what we should expect from a community that was broken, bulldozed, and dissolved by the white community. Overcoming that history of racism takes time, listening, understanding, and giving up the position of assumed authority of the white community. These arguments by dog park supporters sound an awful lot like the racist equivalent of “mansplaining.”

Give it up already.