You are here: Home / City Hall / Low income transit pass program to grow this year, but passes will still be out of reach for poorest of the poor 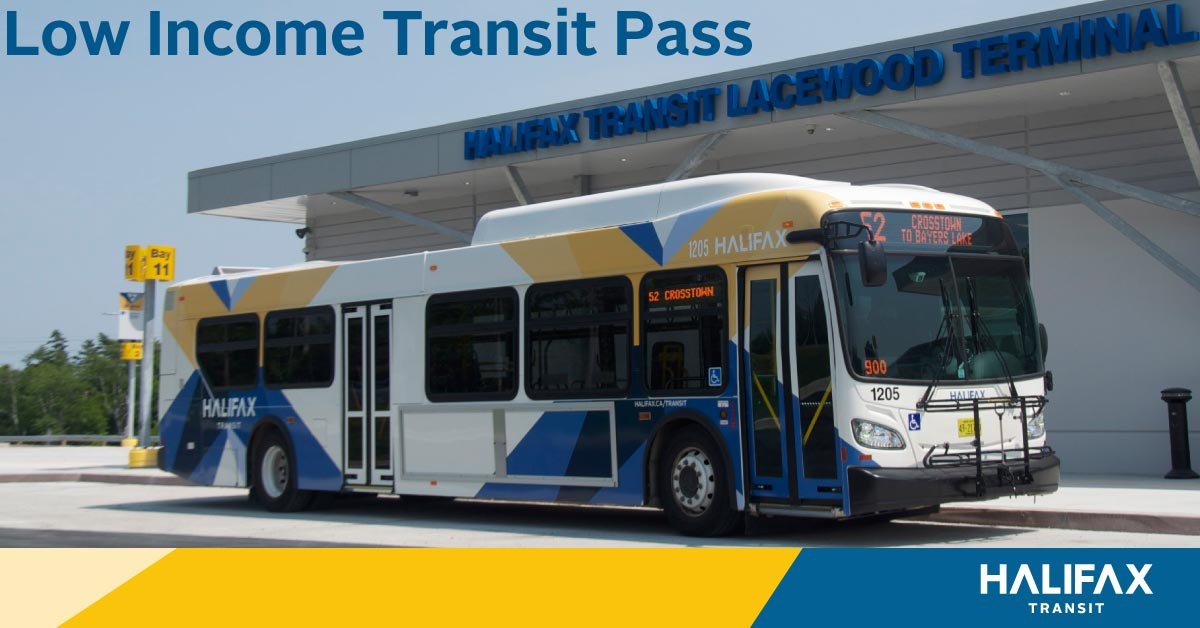 A thousand people will be able to qualify for half-price transit passes starting in July.

Halifax is poised to make its Low Income Transit Pass pilot program permanent, and start talking to the province about getting transit passes into the hands of income assistance recipients.

If council approves the recommendation from their Transportation Standing Committee, the city will start accepting applications for the new permanent program in May, with a plan to have up to 1,000 people who make $33,000 or less eligible to purchase half-price monthly transit passes starting in July.

Staff have made one important tweak to the program: They will no longer count roommates as part of an individual’s household, so those of us who share living spaces to make ends meet won’t be penalized.

There is of course room for further improvement. The system could use a mechanism to adjust the household income threshold (currently $33,000) according to number of dependents, so that low income parents can afford to get their kids around on the bus.

And the limit of 1,000 seems low. While it took several extra weeks to get in enough applications to fill the 500 spots for the pilot, once the word got out, the city took in 573 applications before closing the gate. As a result, five sorry souls who applied and were qualified for the program were turned away. (Another 68 had incomplete applications or didn’t meet the criteria.)

Considering that 100 per cent of surveyed participants said they would participate again if it was offered, and considering the buildup of publicity and word of mouth, I fear that limiting the number to 1,000 means we’ll be turning away far more than five low income earners in 2017.

And then there’s the big gaping hole in the current program, which people have been pointing out since day one: it doesn’t really help our poorest citizens.

The low income transit pass program outright excludes about 6,000 income assistance recipients who get a transportation allowance from Community Services. As for the other 7,000 or so people on income assistance (who presumably have no transportation needs according to Community Services), technically they can qualify for the program, but who knows how they will scrape together the still-substantial amount of $39/month for a transit pass when the income rate for a single adult is in the range of $550/month.

City staff stopped short of changing the rules to allow those with transportation allowances in the program, but instead stated their intention to “enter into discussion with the Province of Nova Scotia to evaluate opportunities for offering transit passes to those currently receiving a transportation subsidy.”

What could this mean?

Last May, I wrote about the potential for the Department of Community Service to buy a year’s worth of transit passes for all 13,000 of its Halifax clients, and still only use half of its current budget for transportation allowances. Such is the power of the bulk purchase. Just ask university students who have been getting $19/month transit passes negotiated by Halifax Transit and their student unions.

The province says it’s too early to discuss details, but acknowledge that they have “had a preliminary conversation with the Halifax Regional Municipality about a possible partnership opportunity,” according to Department of Community Services spokesperson Heather Fairbairn.

Another possible fix for the problem of getting transit access to those of extreme low income is a sliding scale for determining the price of transit passes, such as the system used by the city of Calgary and subsidized by the province of Alberta. Instead of just two categories: those of us making less or more than $33,000, the Calgary sliding scale system has three income thresholds, with three monthly transit pass prices: $5.05, $35.35 or $50.50.

Calgary’s system is not only remarkable for its sliding scale, but for its simplicity and efficiency. It’s part of a larger system called Fair Entry, which centralizes the application process for all low income programs run by the city, from discounted recreation programs to property tax relief to transit passes. This makes a heck of a lot of sense, especially when you consider that in Halifax there’s at least two current programs focussed on low income earners, and there probably would be more if it weren’t such a bureaucratic nightmare just figuring out who gets to call themselves “low income.” Not to mention that the people planning and executing the low income transit pass program are transit planners. It’s hardly their wheelhouse.

Whether HRM can achieve something like sliding scales or Fair Entry is anyone’s guess. There are fans on council. During committee discussion last week, councillors Waye Mason and Sam Austin put in a good word for sliding scales, and Mayor Mike Savage’s election platform from the fall specifically mentions Calgary’s Fair Entry program. We don’t yet know where the Department of Community Services stands, though we do know that either a bulk purchase or sliding scale system will likely require some provincial funding support.

In the end, if Halifax Transit is focused on getting more people on buses (by getting more passes in wallets), and if the Department of Community Services is focussed on getting better transportation access for its clients, then their collaboration on something — anything — to help our poorest citizens is inevitable. For the sake of the income assistance recipients among us who can’t afford to get to work, volunteering, or educational opportunities in our fair city, let’s hope it’s sooner rather than later.