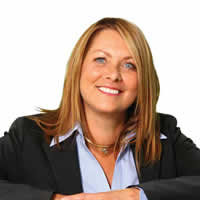 Last December, there was a horrible accident at the corner of North and Agricola Streets, and two pedestrians on the sidewalk were hit by one of the cars involved. Both pedestrians were injured, one quite badly. The afternoon of the accident, police announced that a white SUV was involved, but had driven away; they asked the public for help in locating the vehicle, and posted pictures from a nearby video cam of it.

A couple of days went by, and still no white SUV had been found. I thought this odd. How was it possible that a badly damaged SUV (damaged from the accident) could elude detection in the densely populated north end? There are only a handful of exits from the peninsula, all with cameras; I figured the SUV must still be in the north end somewhere, so I set out on foot from my office and started looking in backyards, driveways, peering through the windows of garages. I tweeted about my search, which came up empty-handed.

The next day, police announced they had discovered the SUV and had interviewed its owner; they said the earlier police report was incorrect, and the white SUV was not involved. I still find that odd, but I’ll leave it there.

But on the evening after I had tweeted about my search for the white SUV, before the police said it wasn’t involved, I received an anonymous tip about another incident involving a white SUV, just a block away from the North and Agricola incident. The tipster was quite cryptic, but after a couple of days of research and questioning on my part, I was able to piece it together. I called the cops, and they told me that on May 7, 2013 a woman driving a white SUV through the intersection at North and Robie Streets, struck a bicyclist, and continued on her way; a witness followed the driver to a nearby garage, and told her she had struck a bicyclist. The driver then drove directly to police headquarters on Gottingen Street to report the incident, said police. The driver was then issued a Summary Offence Ticket for changing lanes improperly.

I was pretty sure I knew who owned the white SUV involved in the May incident, but police would not confirm that part of the story. I asked them why not, and they told me that it was not department practice to identify people charged with a Summary Offence. I said, well, sure, that might be your practice, but can you point to something in the Police Act or the Public Records Act that allows you to withhold that information? Three days later, Deputy Police Chief Bill Moore called me and said, “you’re right; we have no reason to withhold that information.” Moore told me not only the name of the SUV owner, but also that the department was changing its policy, and would henceforth make public the names of people charged with Summary Offences.

Turns out, the female driver of the white SUV who allegedly struck the bicyclist was Halifax councillor Linda Mosher. I wrote an article about all this for The Coast. (There’s no evidence that Mosher’s SUV was also involved in the North and Agricola incident in December.)

I think most people in Mosher’s position would simply pay the fee and put an end to it. After all, the bicyclist was injured enough to require physical therapy for several months; there was at least the appearance of a hit-and-run; and the optics of a city councillor who, after all, sits on the Board of Police Commissioners, being what some would say woefully under-charged are, well, not good. But Mosher has every right to her day in court, and contested the charge.

There was a court hearing scheduled in the spring, but that was delayed until tonight because Mosher was out on medical leave at the time. (Mosher has a recurring medical problem for which she’s taken a couple of leave of absences from her council duties.) Over the past couple of months, many cyclists have been talking about the hearing, and a couple of dozen showed up at the Spring Garden Road courthouse to make make a presence in the courtroom. I showed up as a reporter.

Alas, Mosher has received another continuance, this time until December, because she has only recently retained a lawyer. She has had 13 months to hire a lawyer, but I guess you want to vet them; you want the very best to represent you for an improperly changing lanes ticket.

Note: an earlier version of this article had incorrectly stated the cast has been postposed until October. The actual month is December.