You are here: Home / City Hall / Kayla Borden frustrated with delays in investigating her complaint against Halifax Regional Police 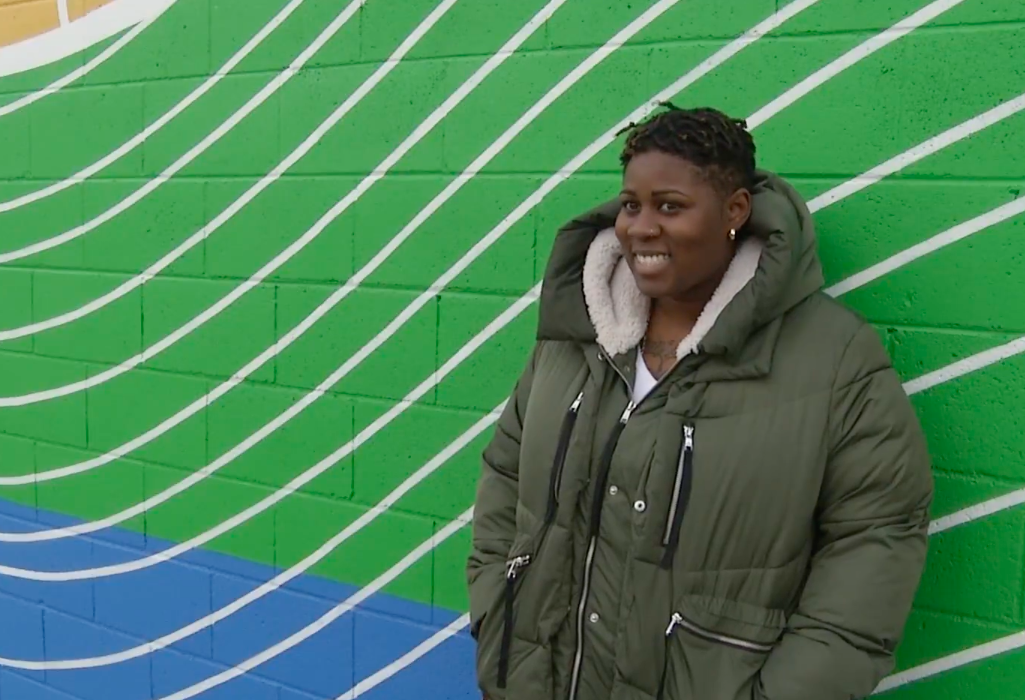 A Halifax woman who was pulled over and arrested this summer is frustrated with a lack of urgency and transparency from Halifax Regional Police as they investigate the late-night incident that left her shaken and traumatized.

Kayla Borden, a local musician, music promoter, and community advocate, was stopped by police in Burnside early on the morning of July 28. As El Jones first reported for the Halifax Examiner:

Borden says she was driving home at around 12:50am from her cousin’s place by Charles P. Allen High School. When she reached the intersection of Cuddy Lane and Windmill Road at around 1am, she paused to wait for a police wagon which had pulled up diagonally alongside her car.

The next morning, Borden went to the police station to file a complaint, and was met with resistance. She was initially told there was no record of the incident, and when she called the Dartmouth office they said they couldn’t find any records. Eventually a friend intervened and she was given an incident number but the police would provide no further information, and couldn’t verify they were actually in a chase with a white man in a Toyota.

Borden was able to file her complaint, and about a week after the incident, Dartmouth lawyer Devin Maxwell contacted Borden and began representing her in the complaint process.*

Maxwell said police ignored the usual convention of contacting Borden’s lawyer, and instead contacted her directly asking for an interview. Maxwell contacted the sergeant and scheduled an interview a few days later at his office in Dartmouth. The sergeant interviewed Borden for about half an hour.

“She cooperated in every way. I don’t think there was a single question she wasn’t prepared to answer,” Maxwell said.

Later that day, Maxwell heard from the investigating officer again.

“He reached out to me and offered sort of an alternative dispute process, whereby apparently we would all get together and talk and there would be some sort of resolution at the end of it and we would agree that that would be the end of the process and there’d be no further,” he said.

“We turned that down and said we would like to see the investigation come to a conclusion.”

That was in mid-August. Maxwell and Borden heard nothing more from the police until Sep. 30, when Borden received a letter notifying her that the sergeant had been granted a 60-day extension to the investigation. (Police Regulations under the Police Act require an investigation to be completed within 60 days of a complaint.)

“I’m pretty pissed off,” Borden said in an interview.

“I just don’t understand how it could take them 30 minutes for the investigating officer to come speak to me, and to get me to replay what happened, but … they gave him … 60 more days to investigate his coworkers.” 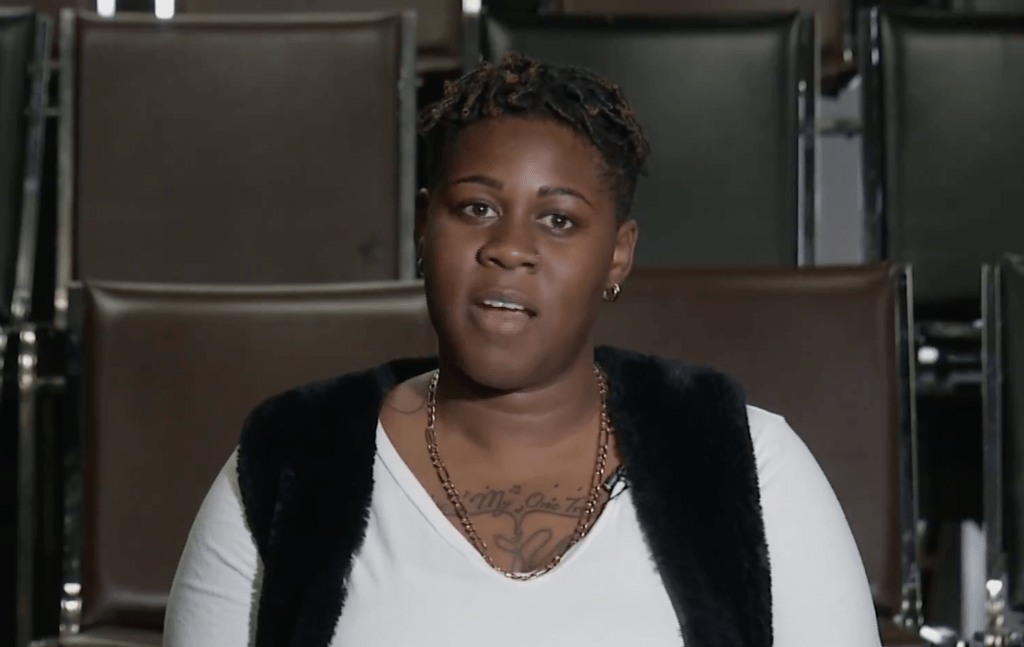 Maxwell said none of the officers involved have been interviewed yet.

“I’ve been told that they’ve all lawyered up, they’re represented by a union lawyer, and that at the investigation stage, so at this stage of the process, they’re not required under the collective bargaining agreement to cooperate with the investigation or to provide a statement,” Maxwell said.

“What does that tell you about the seriousness of the process and wanting to, you know, make their officers accountable for this type of thing? I mean, it certainly doesn’t send the right message to Kayla.”

Meanwhile, Maxwell and Borden filed a freedom of information request for the incident file, any details about the investigation into the white man in the Toyota — a case Maxwell was told was closed — and the employment files for the three (of five) officers who’ve been identified to Borden so far.

Police refused to disclose any of it. In denying the request for the incident report, HRP cited section 475 of the Municipal Government Act, subsection (1)(c) — “ disclosure could reasonably be expected to harm the effectiveness of investigative techniques or procedures currently used, or likely to be used, in law enforcement.”

“I don’t see I don’t see how turning over a closed file would hurt there,” Maxwell said. “First of all, it wouldn’t hurt their investigation. And what is it going to reveal about their techniques that we’re worried about making public? So to me, that’s just them not wanting to cooperate rather, especially considering they’re doing an investigation.”

In denying the request for the officers’ employment files, HRP cited another section saying disclosure “would be an unreasonable invasion of a third party’s personal privacy.”

“I think they should turn it over. I think that there’s a public interest in them turning it over,” Maxwell said. “You know, do I need to know every last detail about this these officers’ career? No, but I’d like to know, whether they’ve been disciplined in the past. You know, whether this is their 37th incident, or whether it’s their first incident, I think that’s relevant. And I think, you know, the public should know that.”

Maxwell and Borden said they’re waiting for the completion of the investigation to determine their next steps, but it’s unlikely they’ll be satisfied with the outcome.

“Honestly, I don’t have much faith in it,” Borden said, “just because it’s basically police officers investigating each other. And I know that they have like a code to each other, that there’s no snitching or whatever, I know about that.”

Maxwell said they hope to break that convention, and that may require more than an internal investigation.

“The difficulty in engaging the process to begin with, combined with the process itself, and the lack of transparency, and a lack of urgency is certainly shaking Kayla’s faith in in the process, and in the idea that she’ll ever get justice for what happened to her that day,” he said.

Maxwell is hesitant to follow the police review board process if the outcome of the current investigation is unsatisfactory. He’d rather sue the police.

“I think that process is more likely to affect change than the police review process,” he said.

“I’m gonna take it to the pocket because that’s where they need to be hit most,” she said. “I feel like the money that they’re using towards I don’t even know what they’re using it towards, but the money should be more into community because … community have people’s back more than the police does.

Borden said she feels like the police have no “empathy of compassion” when dealing with the public.

“It’s like, okay, whatever, that’s another person that we pulled over or whatever it’s nothing, you know, but they don’t really see the whole thing, how that affects a person,” she said.

For Borden, the trauma of her arrest has changed her, made her more “mindful.”

“I’m the type of person who’s always on the go,” she said, “but I don’t even want to be outside my house past a certain time because God knows what’s gonna happen, you know?”

Borden said she hopes more people will come forward with their stories about Halifax police “because it feels like or it seems like they think that they can get away with it.”

“I feel like there has to be something done that as these police officers keep on doing this to people that there are consequences for it,” she said. “Because if they give us as citizens consequences if things happen, why don’t the police have consequences?”

“I’m not letting this go for sure … I want to take it all the way because this cannot continue to happen. It still continues to happen even after my incident.”

*This story has been updated to make clear that Borden filed the complaint herself, the morning of the incident.