You are here: Home / City Hall / Holding out for a transit hero 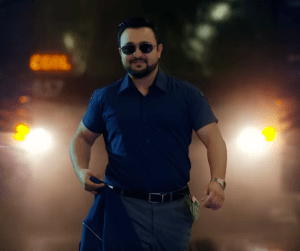 Can a new boss make Halifax Transit as cool as this (fictional) Edmonton Transit driver?

UPDATED to include input from Frank Palermo and Sarah Ravlic, March 8, 2016, 11am

Halifax is on the hunt for a new director of transit.

Former director Eddie Robar left for Edmonton Transit in January, and Dave Reage, manager of planning & scheduling,  has been filling in at the helm since then.

On February 24, the city hired Organization Consulting Limited to help find our new Director of Transit. We’ll pay OCL $26,000 plus tax for their services, but don’t worry, they guarantee their work. If the selected candidate quits or gets fired in the first year, they’ll find us another one, free of charge.

A new director at Halifax Transit could be a wonderful thing. But the question is, what do we need in a new transit boss?

Whoever takes on the job will face some pretty serious challenges. The new director will be taking on an organization that:

So what kind of person do we need to steer this ship (or ferry, as the case may be)?

I asked Sean Gillis of It’s More Than Buses, Ken Wilson of the Amalgamated Transit Union Local 508, Sarah Ravlic of the Planning and Design Centre, and Frank Palermo of the Cities and Environment Unit to weigh in.

Along with the usual things like strong leadership skills and years of experience, Ken Wilson says that he and his membership are hoping the next director will actually be mandated to take the bus.

We believe if [they] were to take the bus for business during [their] 40-hour work week, we would get a much better scheduled system out of it… If [they] had to take the bus or walk down to get the ferry, [they] would feel what the passengers feel every day.

Wilson also believes that fare structure is one of Halifax Transit’s big areas for improvement, and naturally, that the new director be “willing to work with labour openly.”

Sarah Ravlic agrees with Wilson’s wish for a transit-taking director of transit, but takes it one step further. Our new director should have “experience using multiple modes of transport including cycling, walking, driving, bus, train, BRT, LRT, taxi, uber, car share. Someone who can bring a diverse and multi-modal perspective to transit here in Halifax,” says Ravlic. “The job is not just about adjusting a bus schedule, it is about adjusting the existing culture of how we move around our communities and how we interact in our public space.”

Frank Palermo believes that the public transit we build is more significant than ever, affecting how our communities grow, our economic competitiveness, environmental footprint, social equity, and the quality of our public space. And he has very high hopes for a new director:

We need a leader who will be able to move us away from car dependancy by making transit the obvious choice and transit routes into permanent infrastructure around which development and neighbourhoods can be built. We need someone with vision who is also able to work with the community and bring other departments together so great transit can be seen as in everyone’s interest rather than in competition with other demands on the municipal budget.
It’s time for a major shift, I think to light rail. We need someone who can make that happen and also help us to get infrastructure funding while it’s available.

Sean Gillis is hoping that our selection process will favour someone with planning experience in a high quality (fast and frequent) transit system, even if it means they don’t have the departmental management experience.

We think we will get two kinds of candidates applying. One kind of candidate will be someone with experience as the director of a smaller city’s transit agency, so someone who has experience running an agency but who might not have a clear vision of how fast, frequent, and reliable transit should function in a city the size of Halifax. Another kind of candidate will be a high-level planner from a larger city’s transit agency, so someone without the executive experience, but who has a very clear idea what Halifax Transit’s priorities should be in order to create a transit network that’s fast, frequent, and reliable. This is what we would prefer to see: someone with on the ground experience in providing high quality, high ridership transit.

The current list of qualifications (which stands to be “clarified” by the recruitment contractor) seems to favour the management side of things, requiring a business administration or similar degree and a minimum seven years’ senior management experience. No specific transit planning credentials are required, but “a demonstrated knowledge of the public transit industry” is on the list, along with “demonstrated experience in transit management, transit planning, or another operations related environment.”

Of course, regardless of what’s on their resume, a good deal of what this new director can achieve will depend on how they can inspire or shake up the rest of the Halifax transportation bureaucracy.

Ultimately, we need someone who is capable of elevating the perceived value and importance of transit at city hall. Someone not only to convince councillors to back a modern, high-quality system, but someone who can also convince the rest of Halifax’s senior management team to play along, and give us the space and resources we need to make our bus system worthy of, say, this video, from Denmark’s Midttrafik transit agency: