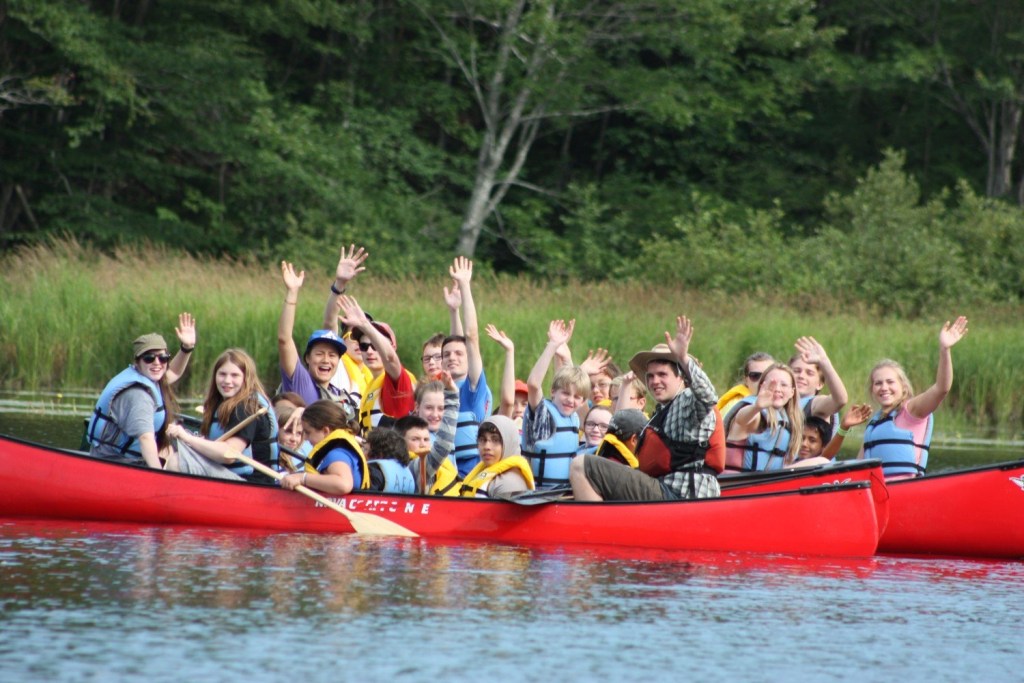 Kids at one of the city’s Adventure Earth Centre camps — the kind that still likely won’t happen this year. Photo: Twitter/@hfxrec

Halifax will hold some modified day camps for kids this summer after a vote by regional councillors on Thursday, but the details are sparse.

As part of the recast COVID-19 budget process, council’s budget committee met on Thursday and voted to restore funding for $7.4 million worth of items originally cut from the budget. It also cut another $750,000, for a net increase of about $6.7 million.

Among the funding restored was $500,000 for summer programming, including day camps.

The city cancelled all day camps in mid-April. The move was announced by chief administrative officer Jacques Dubé along with layoffs of nearly 1,500 casual and part-time city employees, including those who run these camps.

The city day camps are an affordable alternative to privately-run camps and those hosted by the universities. A retired teacher who wrote to Mayor Mike Savage and Coun. Waye Mason and talked to the Halifax Examiner earlier this month worried the cut to day camps would exacerbate existing inequities between rich and poor children in the municipality.

At that time, two weeks ago, the city was planning some virtual programming.

“Even if the restrictions were fully lifted and the funding reinstated, we would still not be able to offer the standard summer day camp program,” city staff said in a statement.

“Hiring all of the staff and getting them fully trained would not be possible before the beginning of the summer season in order to host the typical day camp program. So, we will continue to prepare alternate program offerings.”

Nova Scotia’s chief public health officer, Dr. Robert Strang, said during the COVID-19 update on May 20 that there was no reason day camps couldn’t go ahead, and he had nothing to do with the city’s cancellation. The city appeared to be sticking to its decision to cancel, arguing there was no time to reboot the camps.

But now, parks and recreation director Denise Schofield says it will be possible to hold some day camps.

The total budget cut associated with summer programming was $4 million. Schofield told councillors on Thursday that restoring $500,000 of that funding will allow the city to run modified day camps and open some of its recreation facilities. Councillors voted unanimously in favour of adding the money back into the budget.

“It will not be the typical programming,” Schofield said.

There’s usually extensive training for the young people running the camps, Schofield said, and there will be additional training this year due to COVID-19.

Schofield said her staff are looking at 10 to 12 recreation centres where the city will hold the camps.

“This is not all facilities and all day camps. This would certainly be a phased reopening,” she said.

“Once we have more information, we will review the potential for additional options to our current adjusted summer programming.”

Lifeguarding and water-testing will go ahead at beaches

The parks and recreation department held back $800,000 in funding to pay for lifeguards at city beaches after the surprise announcement that they’d be reopening a few weeks ago. That means lifeguards will be hired and the usually supervised beaches will be staffed.

Councillors also voted on Thursday to restore funding for water quality testing at those beaches, at a cost of $80,000. That testing is used to notify the public of when it’s unsafe to swim at the beaches.

The largest line item councillors restored was $5.6 million for vacancy management, which was proposed at $11.3 million. That money represents unfilled positions that would be left vacant over the next year to save money.

They also voted to restore funding for grants programs for heritage and museums, and to cut their district capital funds in half, saving $750,000.

The budget committee meeting continues on Friday morning. After councillors are done picking from the list of items in their budget parking lot — items they voted earlier to consider adding or removing from the budget — they’ll have to vote on how they’ll be funded.

The items added back into the budget could be funded through a combination of the city’s 2019-2020 budget surplus, an increase in debt, or a reduction in budgeted deposits to reserve accounts in the year ahead.

With property taxes due Monday, June 1, the city is also getting a clearer picture of its cashflow problem and it’s not as bad as initially forecast. Chief financial officer Jane Fraser told councillors on Thursday that 71% of property taxes had been paid, leaving a gap of $111 million.

Fraser’s office originally budgeted for a worst case scenario of $188 million. That would’ve meant borrowing that amount from the provincial government and making principle and interest payments of $31.4 million this year. That number could now be reduced, freeing up room in the budget for the items councillors are hoping to fund.

The final 2020-2021 operating and capital budgets are expected to be approved on June 9.