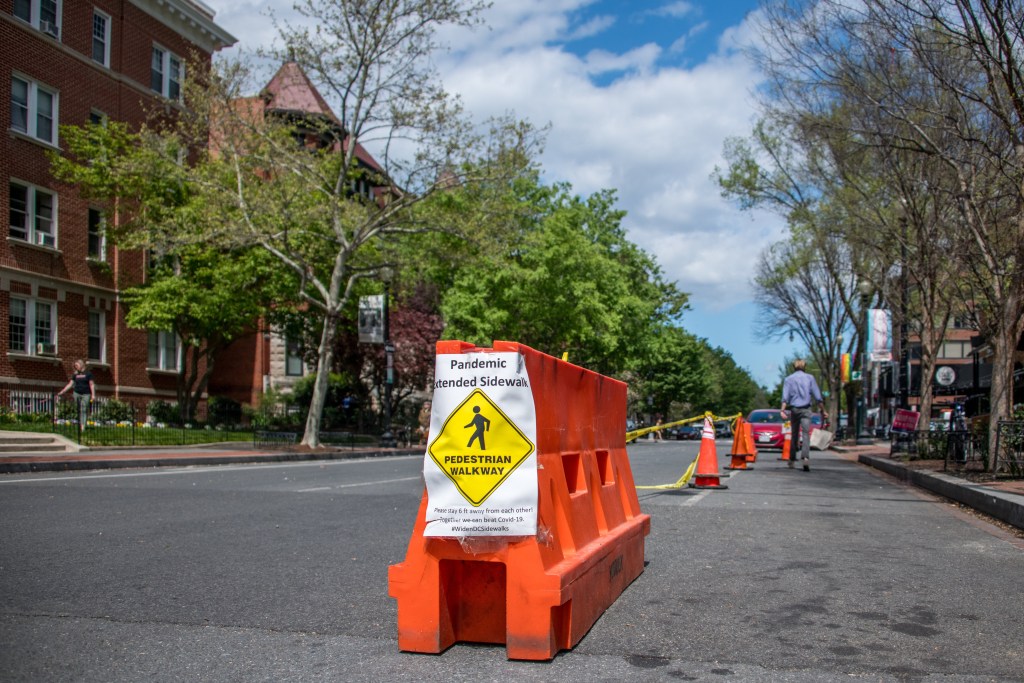 Halifax has announced it’s widening sidewalks for social distancing on Spring Garden and Quinpool roads as part of the first phase of transportation changes due to COVID-19.

Mayor Mike Savage and chief administrative officer Jacques Dubé made the announcement in a live-streamed update on Monday.

The changes will be in effect by the end of the week, creating widened sidewalks with pylons blocking parking spaces, loading zones and bus stops on both sides of Spring Garden Road from South Park Street to Queen Street — about 300 metres on each side — and on the north side of Quinpool Road from Quingate Place to Monastery Lane — another 300 metres.

“This plan does a number of things for us,” Savage said.

“First of all, it will help some of our main streets and the businesses on those main streets, particularly in the hospitality area, it will help them to maximize the revenue when they come back. Secondly, it will contribute to physical distancing and increase the capacity of some of these establishments, which I think is important. It’s also going to increase the vibrancy of the city.”

Dubé said the city has purchased $65,000 worth of pylons and barricades and is preparing the second phase of the mobility plan, which it’s calling the Halifax Mobility Response: Streets and Spaces plan. He said that second phase would be announced and implemented in the next few weeks and may include full street closures, but he didn’t know which streets would be targeted.

There are no bike lanes included in the first phase, but Dubé and Savage said staff are looking at creating bike lanes in other areas.

“Certainly cycling is a huge part of our plan going forward,” Savage said, pointing to the city’s work on implementing a permanent network of bike lanes.

“It may not be perfect as we go along, but Jacques has to manage these things. From a mayor’s point of view, let me just tell you that mistakes in the advancement of innovative thinking will get a smile from the mayor. We have to understand that not everything will be perfect but we’re going to make it better and we’re going to make it better for life during and after COVID.”

Halifax has been criticized for its foot-dragging in implementing these kinds of transportation changes, which city officials including Dubé were slow to embrace. It was only announced that they were being planned after more than a month of calls from citizens and a motion from council.