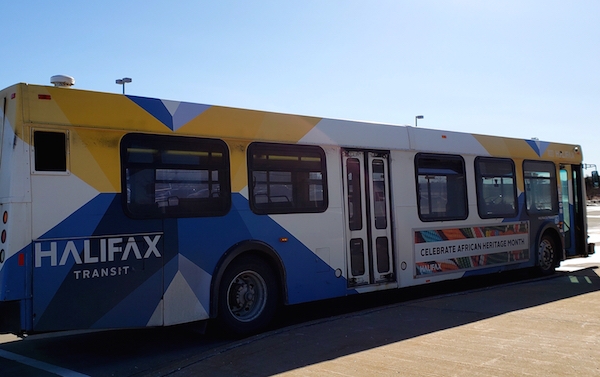 One Halifax Transit driver was taken to hospital Monday morning after feeling COVID-19 symptoms, two other drivers were being tested, and the Sackville Terminal was temporarily closed.

“I received correspondence from the employer around 7:45 this morning that a transit operator at the Sackville Terminal was experiencing COVID-19 symptoms — shortness of breath, tightness in chest,” Wilson said in an interview.

The driver called himself an ambulance and two other drivers stayed with him. The driver feeling symptoms was taken to hospital by EHS, and the two drivers who stayed with him were relieved of their duties for the day.

One had been tested and the other was still waiting to be tested at about 10 a.m., according to Wilson.

The bus has been taken back to the depot for cleaning. Wilson was unsure which route the operator was driving, but believes he was just starting his day.

“As far as I’m aware, no passengers were involved so that tells me he wasn’t in service yet for the day,” Wilson said.

Halifax Transit tweeted just after 9a.m. that the Sackville Terminal was temporarily closed.

“What I find odd is that they closed the Sackville Terminal for cleaning but they didn’t close the operators’ lobby at Ragged Lake, which is where the operator worked out of,” Wilson said.

He said he asked Halifax Transit to clean that lobby and was told there was no need.

The Halifax Examiner has asked the municipality why the Ragged Lake depot wasn’t closed, and we will update this story with the response.

At about noon, Halifax Transit tweeted that the Sackville Terminal had reopened.

The Sackville terminal was temporarily closed as a precautionary measure. In situations where a municipal employee discloses he or she feels unwell, we follow internal protocols which includes an assessment of where the employee was and what contact they had with other employees, public spaces and work spaces that may require additional cleaning regimes.

The municipality will not be releasing specifics about any employee who may test positive for COVID-19 as part of our updated protocol, in consultation with public health.

If a municipal employee tests positive, public health will be in contact with the individual and will complete contact tracing to identify all those who have been in close contact. If public health’s investigation determines a public notification is needed, they will issue.

The municipality will continue to internally advise staff of any positive test results within their respective business unit/facility/division and will follow all public health cleaning recommendations to help reduce the spread of the virus.