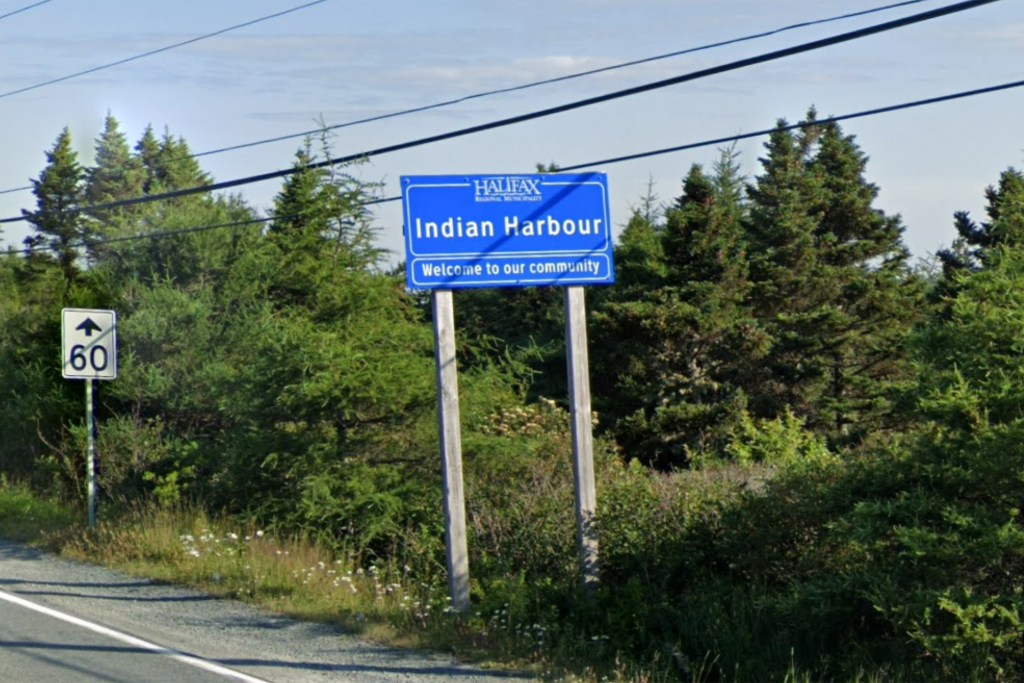 The sign for the community of Indian Harbour, near Peggys Cove, is seen in a July 2019 Google Streetview screenshot.

Halifax will reconsider its use of an “outdated and disrespectful term” on its streets and communities.

Coun. Pam Lovelace brought a motion to Halifax regional council’s meeting on Tuesday seeking a staff report “regarding the end of use and removal of the word Indian from all municipal street and place names, and recommendations on potential new names, including possible use of Mi’kmaq placenames.”

In her detailed reasoning for the request, Lovelace wrote that the Task Force on the Commemoration of Edward Cornwallis and the Recognition and Commemoration of Indigenous History recommended to council that it “examine its approach to naming streets and places to reintroduce Mi’kmaq place names and language.”

Lovelace continued in her reasoning:

The term “Indian” refers to the specific legal identity of a First Nations person who is registered under the Indian Act, as defined by federal law since 1876. As such, the term “Indian” is used when referring to a person with registered status. The Indian Act is a contentious issue with First Nations, Métis, and Inuit across Canada due to its oppressive control over their lives, disenfranchisement, confiscation of self-governance, Indian Residential Schools, seizure of land, and more. In Canada, this colonial term has been used to identify a child or adult and their forced registration or absence of status recognition within this systemically racist and sexist legal framework.

City staff should “engage with the Mi’kmaq communities through HRM’s Office of Diversity and Inclusion” as part of the renaming process, Lovelace wrote.

According to a 2018 document listing all HRM community and street names, there is one community bearing the name and five streets. There are also a handful of lakes using the name, but their renaming would require provincial government action.

During Tuesday’s meeting, the Hammonds Plains-St. Margarets councillor said renaming is an opportunity to educate the public.

“Most people don’t know where the term Indian came from,” Lovelace said. “They don’t realize that within many members of the Mi’kmaq community, that it is an outdated and disrespectful term that is specifically tied to the legal entity of a First Nations person registered under the Indian Act.”

Lovelace said consultation will be important in the process to make sure there aren’t some places where Mi’kmaq would prefer to keep the name.

Other councillors agreed the consultation process will be important in helping to educate the public as well.

“The reality is that we still have a population who are digging in their heels around change,” said Coun. Becky Kent.