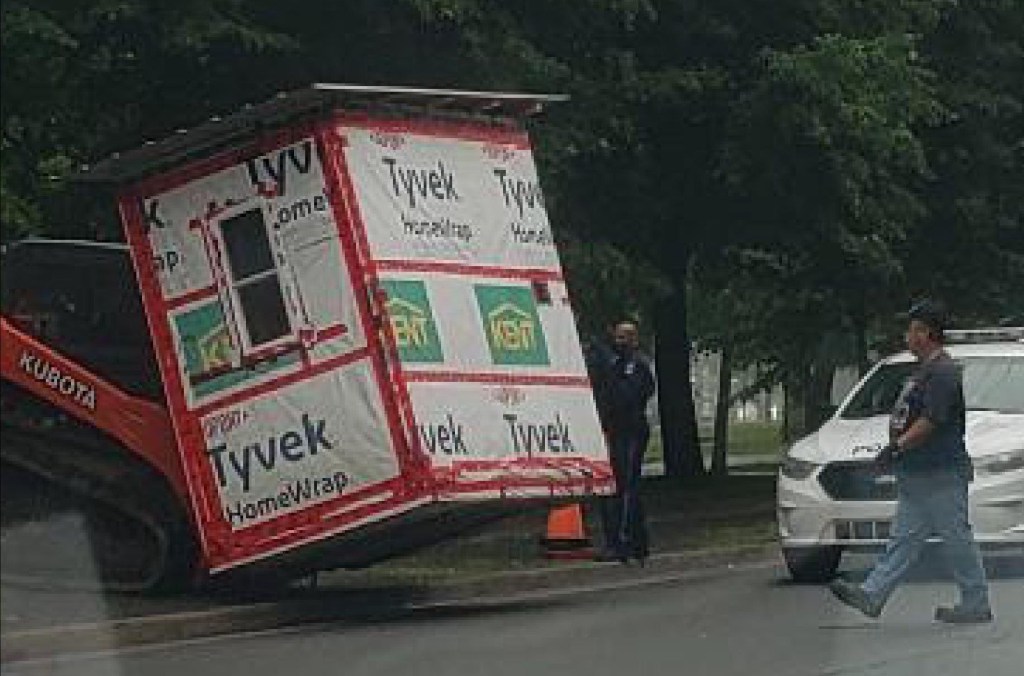 One of the shelters being removed from Victoria Park on Friday morning. — Photo: Halifax Mutual Aid/Twitter

The municipality has removed three of Halifax Mutual Aid’s shelters from parks days before its own stated deadline.

The municipality removed the shelters on Friday — one from Crathorne Park on Jamieson Street in Dartmouth, one from Victoria Park on South Park Street, and one from Raymond Taavel Park at the corner of Inglis and Barrington streets.

“One shelter was occupied by someone who … [was] never offered any housing options by the city. They were at work when their shelter was removed,” Halifax Mutual Aid said in a post on Twitter.

“The other shelter was damaged by a third party and set to be removed for repairs by Halifax Mutual Aid 24 hours from when the city acted.”

The group asked people to keep an eye on the shelters in their neighbourhood, and said it would announce when it needs “the community to rally with us in their defence.” 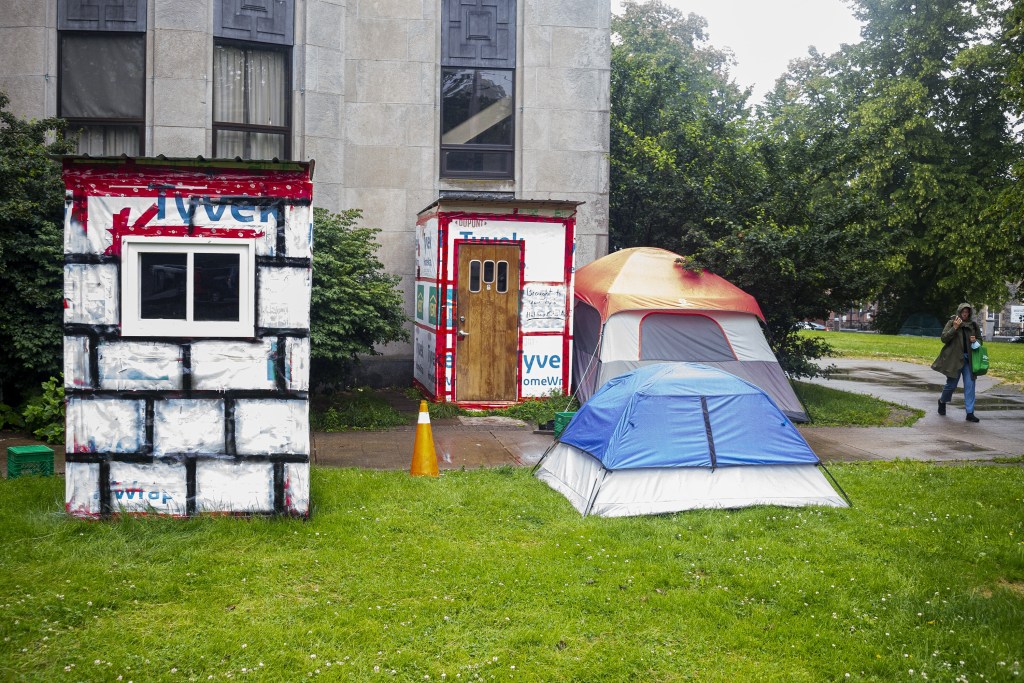 In a statement released after 5pm on Friday, the municipality said its deadline “was not a commitment by the municipality to refrain from removal of the temporary shelters prior to this date – rather, it was a notification that the shelters must be vacated by occupants and removed by those who installed them no later than July 13.”

“Whenever an occupant vacates a temporary shelter – prior to, or as of the deadline of July 13 – the municipality will take steps to remove the vacant shelter in as timely a manner as possible,” the statement said.

The municipality claims all three shelters were vacant. It said the occupant of the shelter in Dartmouth “accepted temporary accommodations offered by the province,” and that the other two were simply empty and that they’d placed locks on them on Wednesday. 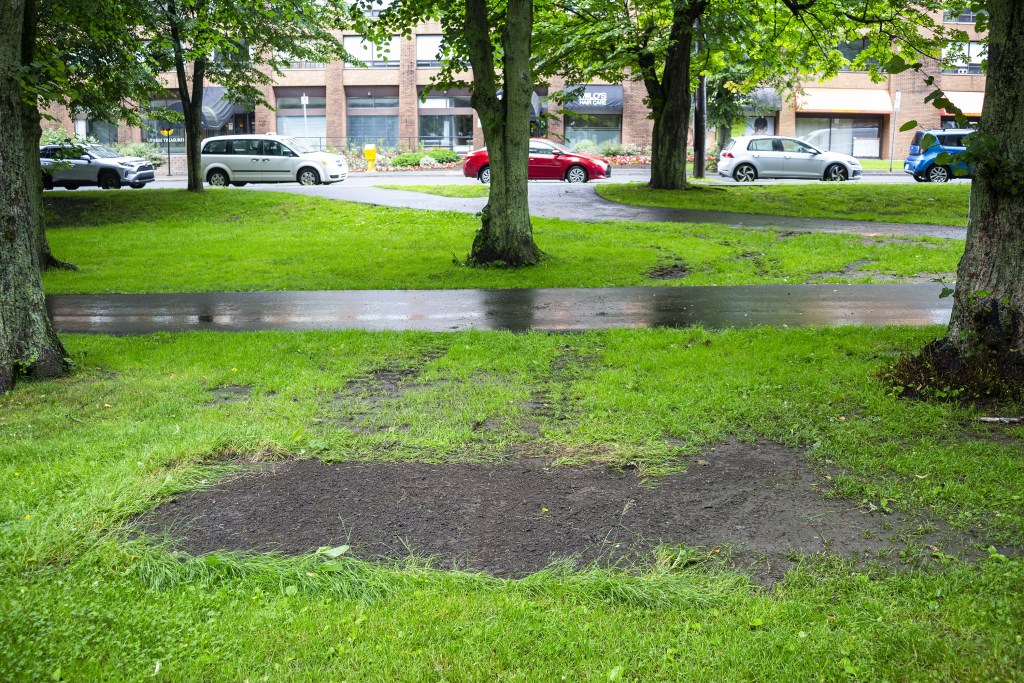 The spot in Victoria Park along South Park Street where one of Halifax Mutual Aid’s shelters stood until Friday morning, with tracks leading away from it. — Photo: Zane Woodford

As noted above, Halifax Mutual Aid said the occupant of the shelter in Victoria Park was at work when the municipality removed the shelter. Campbell McClintock, external spokesperson for the group, said in an interview Friday evening that the resident had recently moved into the shelter.

“People work, people have relations and people that they visit. So [the city] knocking on the door as a method of verifying whether or not somebody lives there is not sufficient,” McClintock said. “And as a result, there are people that have lost a space to live.”

McClintock said there are still 21 people on a waitlist looking to move into one of the shelters. As of Tuesday, the Affordable Housing Association of Nova Scotia placed the number of people currently homeless in HRM at 352.