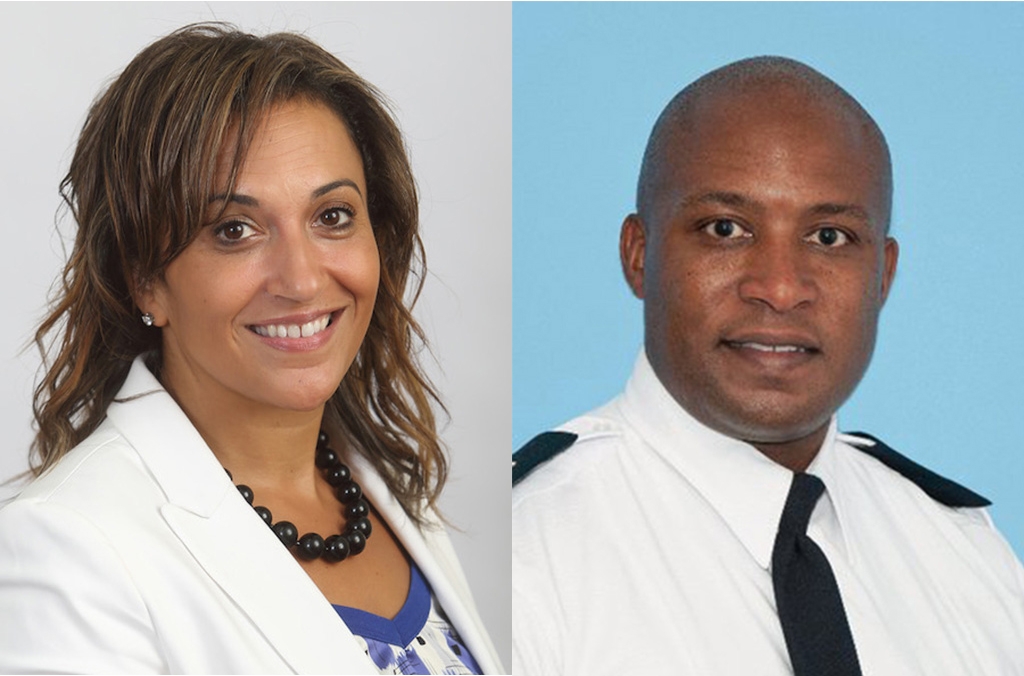 A Halifax councillor has raised concerns about the RCMP sharing details of its internal investigation into a high-profile incident this summer with some of his fellow councillors and not the Board of Police Commissioners.

At its virtual meeting on Monday, the board received correspondence from Coun. Waye Mason, a former commissioner, who drew attention to an email sent to some of his colleagues by Insp. Jeremie Landry, at that time in his capacity as acting chief officer of Halifax-district RCMP.

“It was in regard to an event that was widely publicized in the media, which was the police stop that was conducted on Superintendent [Dean] Simmonds of HRP and his wife Angela Simmonds,” Critchley said.

As Matthew Byard reported for the Halifax Examiner, the Simmonds were pulled over at gunpoint in July:

Angela Simmonds was at the time seeking the Liberal nomination for Preston in the provincial election. She later won the nomination, then the election, and is now the MLA for the area. Dean Simmonds is one of Halifax’s highest-ranking police officers, having been on the force 20 years.

Days after the incident became public, Landry, then-acting Halifax-district RCMP chief, wrote to Halifax regional councillors whose districts fall within the RCMP’s jurisdiction — mostly rural and some suburban areas of HRM. That email was included in the correspondence to the board as an attachment to Mason’s letter.

Correspondence to the board is public, so the Examiner requested a copy of Mason’s letter on Monday, but didn’t receive it until Thursday. In the copy provided to the Examiner, Landry’s email to councillors is completely redacted.

The redactions cite sections 475(1)(a) and 475(1)(c) of the Municipal Government Act: “The responsible officer may refuse to disclose information to an applicant if the disclosure could reasonably be expected to” “harm law enforcement;” and “harm the effectiveness of investigative techniques or procedures currently used, or likely to be used, in law enforcement.”

Mason raised three main concerns in his letter, dated July 20 and addressed to Coun. Lindell Smith as chair of the Board of Police Commissioners:

I am writing to you today regarding an email sent regarding an active police complaint that was sent to some Halifax Regional Councillors regarding by the Acting Chief Officer of the Halifax Division on Sunday July 18 (attached).

In summary my concerns are:

Mason went on to urge the board to review Landry’s email to the councillors, and “provide recommendations to the Chief Officer of the RCMP,” citing relevant sections of the Police Act.

“Given the unprecedented sensitivity around the current complaint involving RCMP and a senior HRP officer and a candidate for political office, I believe the BOPC should require the Chief Officer be required to review this case with the Board upon completion of the external complaint investigation,” Mason wrote.

“Finally, I urge the BOPC to consider adoption a communication policy for both forces so it is clear what type of info should be shared with which decision making body, and when.”

During Monday’s meeting, Critchley read aloud from Mason’s letter and suggested the board discuss it either then or at its next meeting.

“Should this not be in camera? We’re discussing specific members from different police departments. I’m just asking what the process would be as opposed to publicly discussing this,” Gray said. 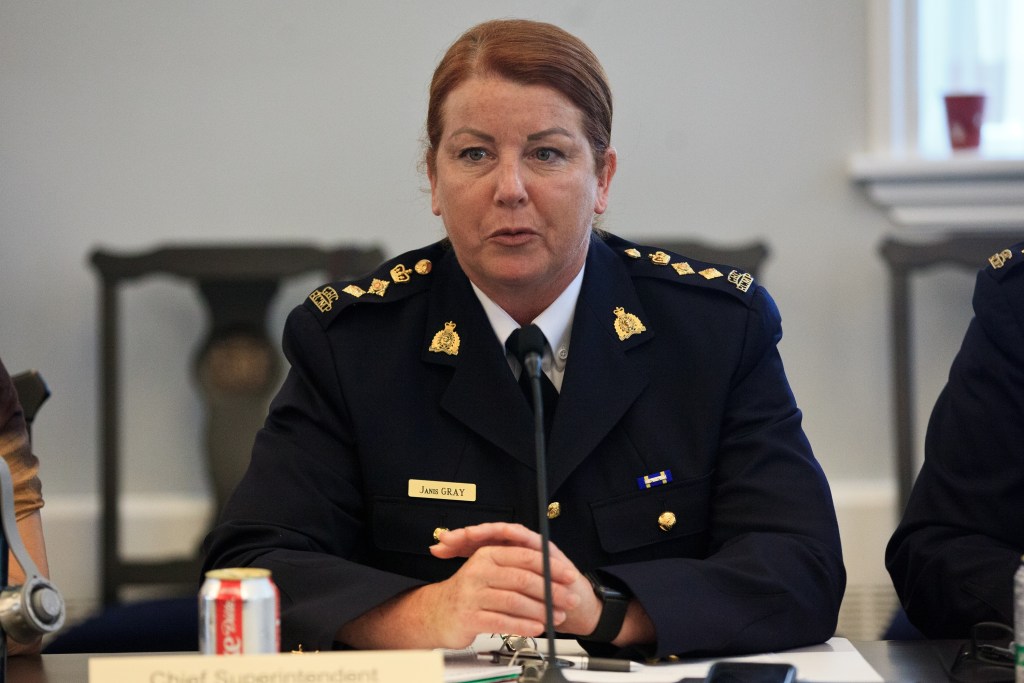 Halifax-district RCMP Chief Superintendent Janis Gray speaks at a meeting of the Halifax Board of Police Commissioners in July 2019. Photo: Zane Woodford

Critchley eventually moved to have a discussion about the correspondence at the next meeting. It’s likely that will happen in camera, given Gray’s concerns.

Mason, in an interview Thursday, suggested that the chief officer’s insistence that the matter be discussed in camera is an indication that the email to councillors was inappropriate in the first place.

“There’s so much wrong with that,” he said. “There’s an active investigation that’s so sensitive that the RCMP and the clerks have decided that it needs to be entirely redacted, but the acting commander chose to communicate to political elected officials about an active investigation, and to only do so to the people are served by RCMP in Halifax. None of that is right.”

“I think it is safe to say that the RCMP may have felt that their side of the story wasn’t being told, and that is problematic,” Mason said.

This is just the latest issue between the Mounties and the municipality. The RCMP recently said they weren’t going to apologize for street checks, as the board had asked them to do. Council passed a motion in April seeking an independent review of their unique arrangement with the national police force.