You are here: Home / City Hall / Halifax police will no longer sell ‘most’ decommissioned police vehicles 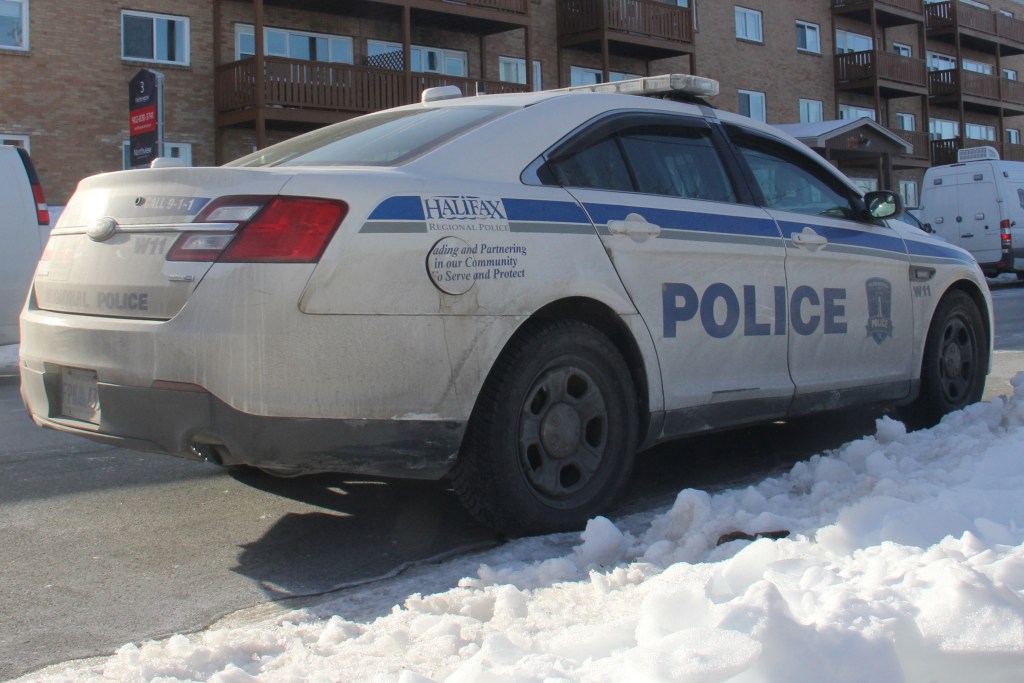 The board met to discuss HRP’s capital budget items after voting last week to recommend in favour of a 3.1% increase to the department’s operating budget.

One of the items on the capital budget list for HRP is $800,000 for “Police Fleet Replacement” — new vehicles. Kinsella told the board this is an ongoing item, with police needing new vehicles every year as the old ones are decommissioned.

Coun. Lisa Blackburn asked Kinsella, “When a vehicle is decommissioned, what process is used to dispose of it?”

Kinsella told the board the department has reviewed its policies:

We’ve reviewed, not only for vehicles, but also for police-related equipment, paraphernalia, shirts, pants, anything that is identifiable. But specific to your question in regards to vehicles, they go through an extenuating decommissioning process whereby all lights, sirens, police equipment, any identifiers that are used as police equipment to effectively do operational work, are removed. Those items are recycled where they can, and put on other vehicles that are coming in. If they can’t be used for one reason or another, they’re at end of life, then they’ll be destroyed and eliminated from the inventory.

We also have a stringent process where all decals are removed and all items of identification are removed. And generally speaking, moving forward, most of the police vehicles will not be put into circulation or sold moving forward. There was a time when they were sold depending on the status of them. We generally use the vehicles pretty close to end of life, they sometimes have value for parts, but we’re very careful to ensure — and when I say we, the staff at HRM — are very careful to ensure that anything that goes out is not going out as any kind of resemblance to a police vehicle.

Blackburn asked whether that’s a recent policy, and Kinsella confirmed it is.

“I’m not going to speak for anyone else but I can tell you that there is an evaluative process going on, quite frankly, nationally. I’ve had recent discussions with counterparts across Canada,” Kinsella said.

Last month, the federal government announced it was suspending the sale of decommissioned RCMP vehicles, and in Nova Scotia, Justice Minister Mark Furey said he’s going to introduce legislation to ban the use of second-hand police equipment.

The Examiner’s Tim Bousquet summed up the numerous instances with people in Nova Scotia and around the world using decommissioned police vehicles to impersonate police officer here. Primary among those is last year’s mass shootings, and Kinsella said Tuesday that’s what’s driving the policy change for HRP:

It’s a very concerning thing and we are regularly monitoring for incidents where someone may be impersonating a police officer. And you know, it’s one thing to have things that kind of look like police paraphernalia, police equipment, police vehicles, and then it’s quite another to have the actual thing. We’re all very attuned to it, and committed to making sure that there isn’t anything that is going to cause harm to the public or potentially leave the public to be confused. And it is recent. It is since the tragedy in April. We have all been committed to ensuring that we are closing any gaps that might exist.

Also on the list of capital budget requests for HRP is $500,000 for “Police Services Equipment Replacement,” described in last year’s budget as the “Replacement of police services equipment that has reached the end of its useful life.” That includes “ballistic armor, shields, etc. and firearms all utiulized [sic] by officers in the line of duty,” along with “investigative & training equipment.”

That is also listed as an “in flight” item, one HRP needs every year.

Kinsella noted those three items are all “IT, special systems-related,” and they’re all things with a shelf life. He said interview room recording equipment hasn’t been upgraded since 2013.

“We evaluate every year and try to make sure we’re keeping current with the times,” Kinsella said.

All the capital budget items HRP disclosed to the board add up to $2,228,500. The board has no input on those items or whether the money will be approved, as they’re paid for out of HRM’s general capital budget.

The board asked for a heads-up on HRP’s capital budget two years ago after police brought forward their plans to buy an armoured vehicle, only telling the board about it the day before the capital budget went to council.