One of the modular units being installed in Dartmouth. — Photo: halifax.ca

Modular units planned for the parking lot of the Centennial Pool won’t be ready until mid-March.

That’s according to a staff report coming to Halifax regional council on Tuesday, seeking approval for $1.2 million in additional spending for those units and the Dartmouth-side housing that’s almost complete.

In the report dated Jan. 5, Michael MacDonald, capital projects manager, and Paul Johnston, managing director of government relations and external affairs, wrote that the Dartmouth units, housing 26 people, will be ready “within days of the date of this report.”

After HRM initially screwed up the procurement, the units were supposed to be complete by the end of November, while the Halifax units were to be done in January. Then the timeline changed to late December and early February. The site plan for the Dartmouth units.

Construction on the Halifax-side units, which will house 38 people, is now expected to start in late-January.

“Exact timing for occupancy is dependent upon the province, which is responsible for determining placement of individuals and providing wrap-around services onsite through its service provider,” MacDonald and Johnston wrote.

“It is anticipated the Halifax shelter will be ready for occupancy by mid-March 2022.” 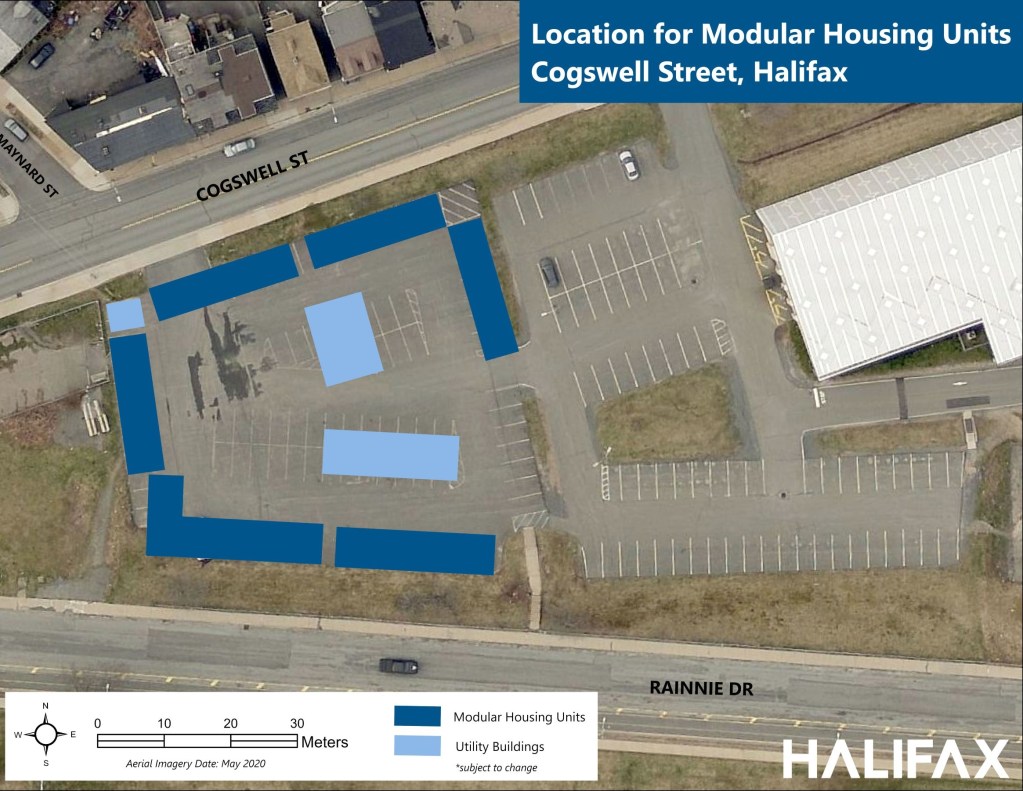 The site plan for modular units in Halifax.

Costs have ballooned at both sites more several reasons, including “Unsuitable site material below existing parking lot asphalt” in Dartmouth, “Electrical and mechanical infrastructure costs to accommodate commercial kitchen equipment” in Halifax, and “site security” on either side.

HRM paid Bird Construction $475,000 for modular units on Nov. 1, according to the provincial alternative procurement site.

The municipality is still running a shelter out of the Gray Arena in Dartmouth. Those people will move to the Dartmouth waterfront site when it’s complete.

The Affordable Housing Association of Nova Scotia counts the number of people currently homeless in Halifax at 468.